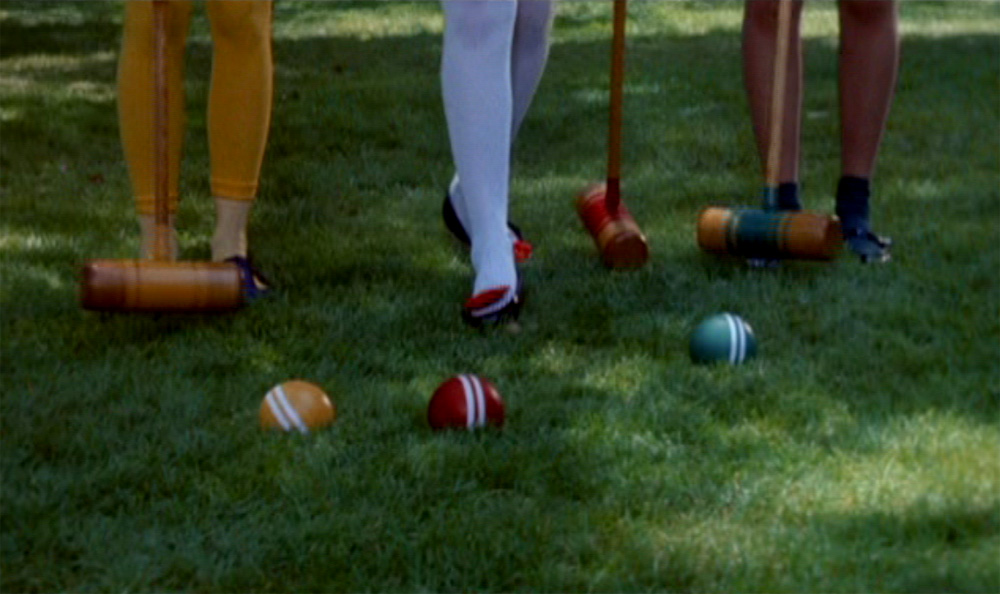 Thirty years on and Lehmann’s macabre send-up of coming-of-age tropes is flying higher than ever. Perhaps that’s because unlike the plethora of high-school comedies following in its wake – most notably 2004’s Mean Girls – Heathers is different, there is a cutting subversiveness that swirls at its centre. Indeed, viewed today it’s certainly shocking, content to blur the line between right and wrong and offer very little in the way of moral resolution. Yet it never feels bleak, and this strange ability to make light of what instinctively seems dark is this film’s secret weapon, that it skilfully plays with our most uncomfortable realities.

From the opening scene of Heathers – a tour through the different cliques populating the school cafeteria – the writing instantly takes centre stage: wry, witty and memorable. Throughout, the dialogue brilliantly grounds its absurdism in some sort of twisted conception of truth, making for a wickedly comedic viewing. With this interwoven into the strangely compelling rollercoaster relationships between its central characters, Heathers definitely makes for a kinetic watch, a film of actions more than reflection. By contrast, cinematic techniques take a back seat, only really the costumes stand out as a visual guide to the leading characters, whereas everything else serves as a sort of medium to channel the most bizarre excesses of the script. In practice this ‘restraint’ is never a problem, it’s the lack of tension between screenplay and direction that makes this such a satisfying experience.

Yet there’s still a prominent place for the actors in all this. As the perpetually frustrated lead Veronica Sawyer, Winona Ryder is outstanding, somehow harmonising what could otherwise have been a discordant mix of social satire, psychological drama and absurdist comedy into something triumphantly outlandish yet unexpectedly humane. The exchanges with her rebellious boyfriend (Christian Slater) and arch-nemesis (Kim Walker) are perhaps the most famous in the film for a good reason, bringing out some of its trademark, unnerving-yet-hilarious lines. Personally though, I always enjoyed the little moments in the performances; from the ‘unadulterated emotional outpouring’ to the games of croquet at Veronica’s house. Though today, the film’s humour is certainly dated, it relies on much more than just shock value. Indeed, for a story that’s predominantly focused on Slater and Ryder scheming to murder three titular characters, all called Heather, Lehmann’s work is much more sophisticated than you might think.

As a film, Heathers’ legacy has been complicated by its many lesser remakes – first as a rock musical then several times into a number of different (failed) television series – all of which opted to soften its nihilism for something more comfortingly generic. Yet, it’s those very elements that were abandoned: the strikingly 80s designs, bitingly relevant social criticisms and role in inspiring high school comedies to go beyond the sweet but simple style offered by John Hughes that affirmed its status as one of the most definitive and controversial films of its age. Even if looking back in a time of crisis, there’s little romantic about Heathers, it still merits a watch for its unforgettable, ultimately genre-defining, sardonic sense of humour.