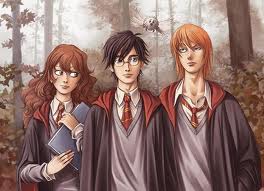 It has been 10 years since the last film in the Harry Potter franchise was released. While we could move on with our lives, happily re-watching the films and re-reading the books as often as we like, the series’ huge cast of child stars was thrown into the world after years growing up in the spotlight.

From big Hollywood movies to quitting acting for good, the cast have had varied careers after they put down their wands. The Bubble looks at a few of these stars, and what they have been up to since.

Playing Harry Potter has immortalised Radcliffe (not because of the Philosopher’s Stone, unfortunately) as a school boy forever. So many people grew up alongside him, and the generations since the films’ initial releases have also been entranced by their magic. When we need respite from our ‘grown-up’ lives, his young face and enthusiasm are waiting for us, where it will remain indefinitely. Over the years, as we watch Harry Potter again and again, our image of Radcliffe never changes. We expect him to remain a child. We’re so used to him like this that we forget he does anything else. It’s a shock when we suddenly see him on The Graham Norton Show promoting a new film and have to remember that he is, in fact, a grown man in his thirties.

However, the pressure and fame caused by the role plunged him towards alcohol as a teenager, and he began to take on roles vastly different from Harry Potter. In between shootings of the films, he notably took on a lead role in the play Equus, requiring him to be naked on stage at the age of 17.

Radcliffe continues to act a variety of interesting parts, proving himself a versatile actor. His first role after Harry Potter was in the horror The Woman in Black, an effective move away from his fantasy roots. He has played a farting corpse being dragged around a deserted island in the beautifully weird Swiss Army Man, and an FBI agent who goes undercover as a white supremacist in Imperium.

Being synonymous with Hermione Granger from a young age, Emma Watson has been a role model for many due to her character’s strive for knowledge and strong-willed personality. As with Radcliffe, she struggled with the fame caused by the films. In an interview with British Vogue, Watson discussed the guilt she felt at landing such a huge role, saying she thought “somebody else would have enjoyed and wanted the fame more”.

However, she has used the platform given to her by the franchise to stand up for gender equality. As a UN Goodwill Ambassador, she delivered the speech launching HeForShe, a campaign to involve men in achieving equality by tackling negative gender stereotypes and behaviour.

She also received a degree in English Literature from Brown University in Rhode Island, fitting in studying around filming schedules. She has appeared in major roles in films such as The Perks of Being a Wallflower and Greta Gerwig’s Little Women. Her portrayal of the Disney princess Belle in the remake of Beauty and the Beast got the approval of feminist icon Gloria Steinem, proving her roles in films echo her work in fighting gender inequality.

The final cast member of the Golden Trio, Rupert Grint, hasn’t gone on to lead major films as Radcliffe and Watson have. Instead, he pops up occasionally in TV shows such as Sick Note and Snatch, as well as featuring in Ed Sheeran’s music video for Lego House and famously driving an ice cream van.

He also struggled with the closing of the Harry Potter films, saying “the line between Ron Weasley and me got thinner with each film”, perhaps why he chose to take a step back from acting so much in the public eye.

Most notably in 2020, his new Instagram account became the fastest to reach 1 million followers, in just over 4 hours. His first picture introduced the world to his child with actress Georgia Groome, known for the classic film Angus, Thongs and Perfect Snogging.

Aside from Robert Pattinson, whose hugely successful role in Twilight led to many more high profile films, much of the cast seem to have drifted off the radar. Being cast in such a big film franchise from a young age gave the possibility that, once it was over, a career in acting wasn’t for them. Some have continued acting: recently, we have seen Harry Melling (who played Dudley Dursley) play a chess fanatic in The Queen’s Gambit. Matthew Lewis acted alongside Emilia Clarke in Me Before You, an almost unrecognisable performance from his early years as Neville Longbottom. Eleanor Columbus, daughter of Chris Columbus (director of the first two Harry Potter films) who portrayed Hufflepuff Susan Bones, has now taken to producing films such as The Witch and The Lighthouse with her father.

However, many of them understandably haven’t acted since their final Harry Potter film, and have chosen lives away from the film industry. Child stars are often compared to those who struggled immensely with pressure and fame, but the cast of the Harry Potter films have managed to move on with their lives and careers.