A guide to horror: editor’s recommendations

If Halloween 2021 can’t come round soon enough for you, The Bubble has compiled a collection of some must-see horror films for you to watch and enjoy right now. 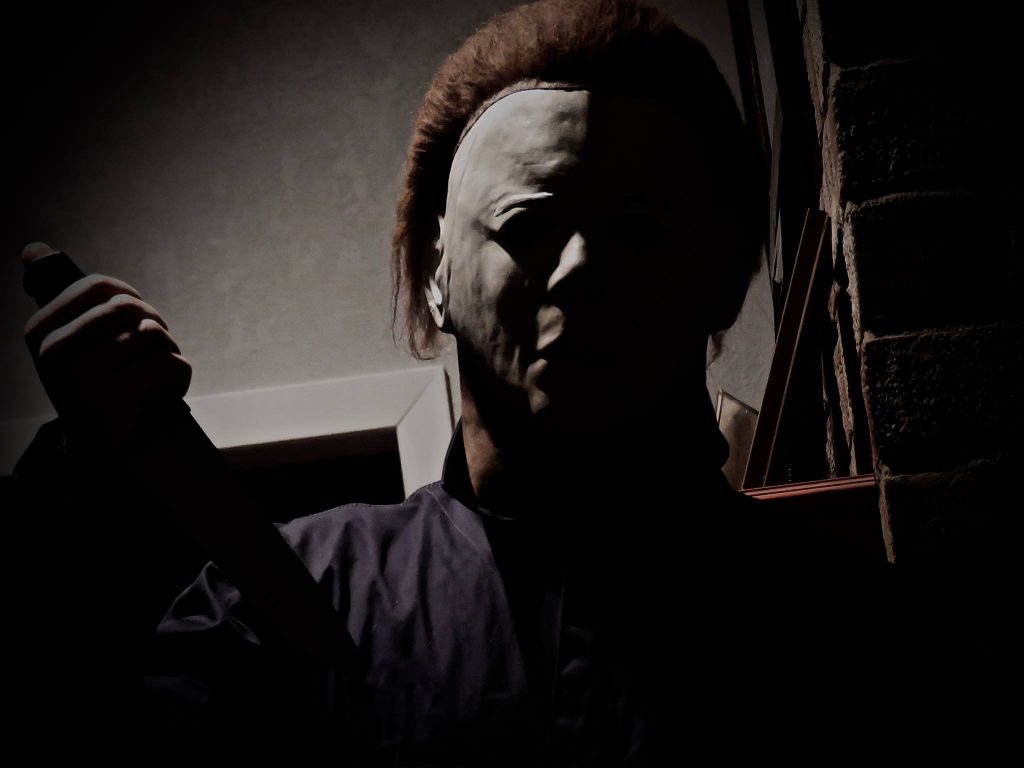 A horror classic and a notorious film in the slasher sub-genre, Halloween depicts a psychopath’s murder spree, picking off babysitters one by one. The titular character, Laurie Strode, is not your usual slasher film protagonist. Being both intelligent and pragmatic, she doesn’t allow herself to remain the helpless victimized blonde typically seen in classic horror cinema. The psychopathic Michael Myers is a terrifying foil to the more grounded protagonist, appearing more like a manifestation of death than an actual person. The soundtrack and cinematography only emphasize his somewhat demonic presence until the audience is left wondering if he’s human at all. This is a movie for anyone looking for the best of classic horror. 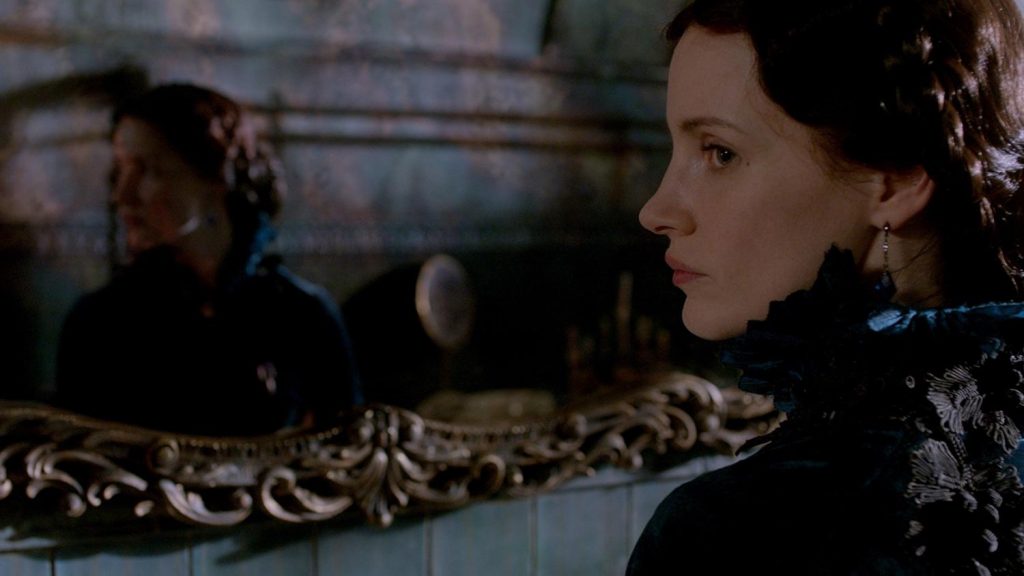 Set in Victorian England, the film follows American heiress Edith Cushing as she marries an English aristocrat named Thomas Sharpe. He takes her back to the eerie mansion he shares with his sister and a disturbingly engaging tale begins. Guillermo Del Toro’s prowess at seamlessly blending the supernatural with the historic is perfectly suited to the Victorian Gothic and the actors’ chilling performances succeed in making the viewing experience all the more thrilling. The location of a dilapidated mansion built on top of a red clay mine makes for hauntingly gorgeous imagery that quickly becomes an allegory for the dark secrets hidden within the mansion. This film is enjoyable for even those who don’t love horror
but are looking for some spooky vibes. 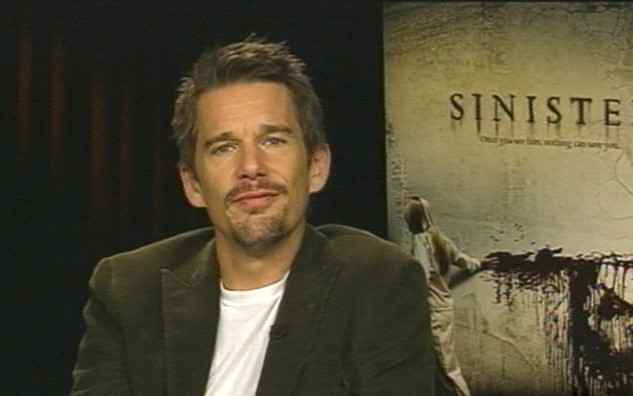 A true-crime writer moves to the site of the murder he’s investigating as aid for inspiration. Turns out the house is haunted. Whoops. To make matters worse, he brings his family along for the ride. Sinister’s director, Scott Derrickson, directs a film that isn’t particularly profound or innovative but is still a highly entertaining watch, especially for horror fans simply looking for a good scare. The jump scares are well-paced and prepared, and the backstory to both the villain and victims is fascinating and engaging. While not astounding or beautiful, the cinematography serves the scares and makes creating an atmosphere of trepidation its primary goal. Sometimes, you just want a movie to get scared to, and Sinister is just the one. 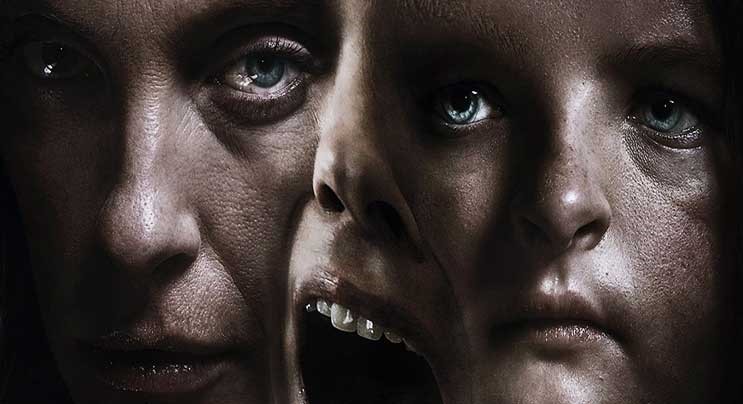 For those who have seen Midsommar, it’s probably no surprise that director Ari Aster’s other horror film is fantastic. Hereditary’s entire cast plays the part of a dysfunctional and grieving family perfectly. Beneath the horror of a family torn apart by tragedy lies another more insidious plot that infects the very core of the narrative. The family’s home seems to almost trap them until being together grows to be the most painful. Toni Collette and Alex Wolff’s performances as mother and son depict both the complex emotions of a family drama and the unsettling atmosphere of a horror film. Intertwining two narratives at once, Hereditary truly becomes its title. A great horror watch for cinephiles, casual horror fans, and newbies alike. 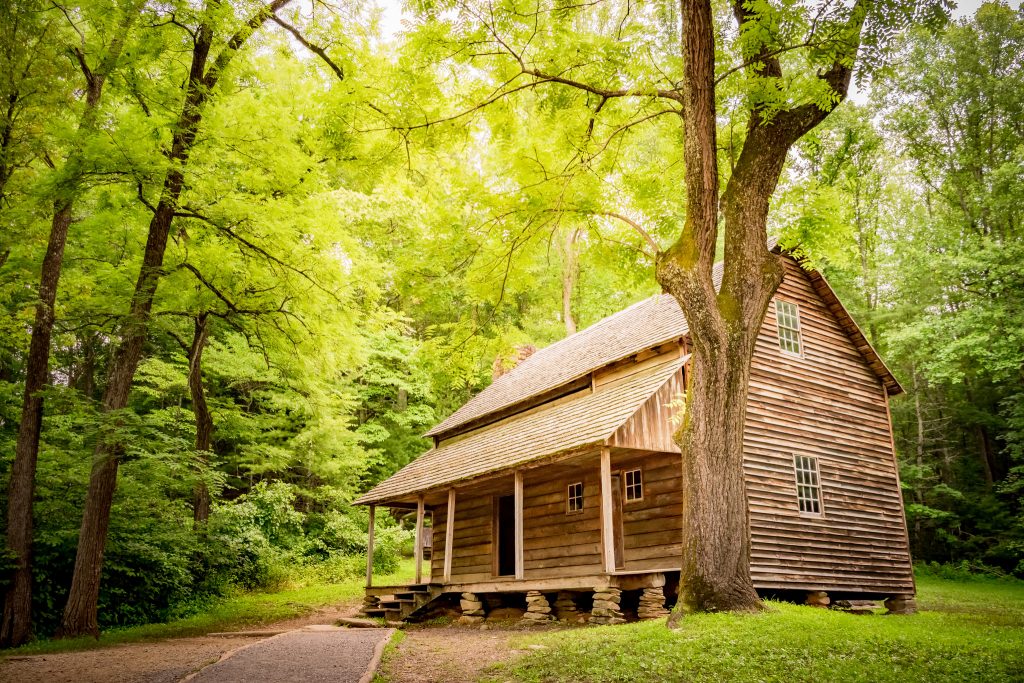 Before he created the Daredevil series, Drew Goddard made his directorial debut with a satire of the horror genre. Starring fairly well-known actors like Chris Hemsworth and Bradley Whitford, The Cabin in the Woods plays on all the conventions of classic horror. A group of teens, a cabin in the middle of the woods, a local with an ominous warning, and countless other cliches are explained by a plot twist that holds a mirror up to horror fans everywhere and examines the nature of our enjoyment of horror. However, this film remains entertaining for those not as familiar with the horror genre as well, and, while still quite dark, The Cabin in the Woods’ plot is outlandish enough to be enjoyed by a variety of genre fans. 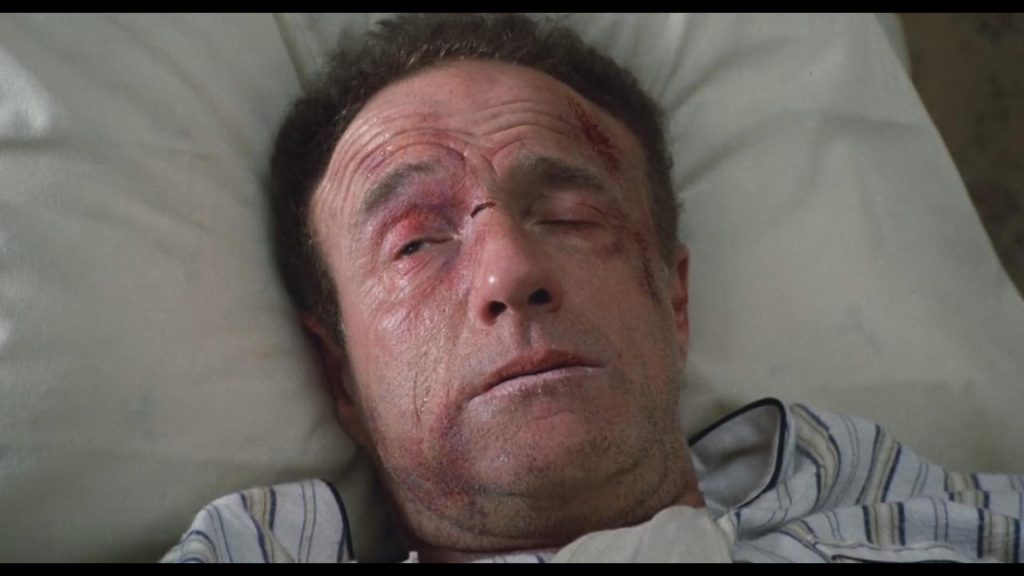 Another horror classic, Misery adapts to the screen Stephen King’s novel of the same name. Famous writer, Paul Sheldon, finds himself stranded in the snow after an accident and is tended to by a nurse named Annie Wilkes. Things begin to spiral out of control as Annie reveals she is not only a fan of him but a fan of a character Sheldon plans to kill off. While the cinematography is quite basic, the homey aesthetic and isolated location create an unnerving contrast that only serves the eeriness of the film. Kathy Bates’ performance is what truly makes this film terrifying, portraying Annie’s psychological depth in a truly disturbing manner. A somewhat claustrophobic film, Misery is a nerve-wracking and exciting watch.

Amelia Vanek is a single mother raising her son, Samuel, in the Australian city of Adelaide after the death of her husband. Samuel begins acting strangely, sleeping less and less, and telling his mother about a monster called the Babadook. The problems begin when Samuel gives his mother a storybook for her to read to him one night… with the Babadook on the cover. The haunting presence of the Babadook permeates the film until the audience finds themselves searching frantically for him in the shadows. While slow at some points, The Babadook is a poignant depiction of grief and depression through the lens of horror. 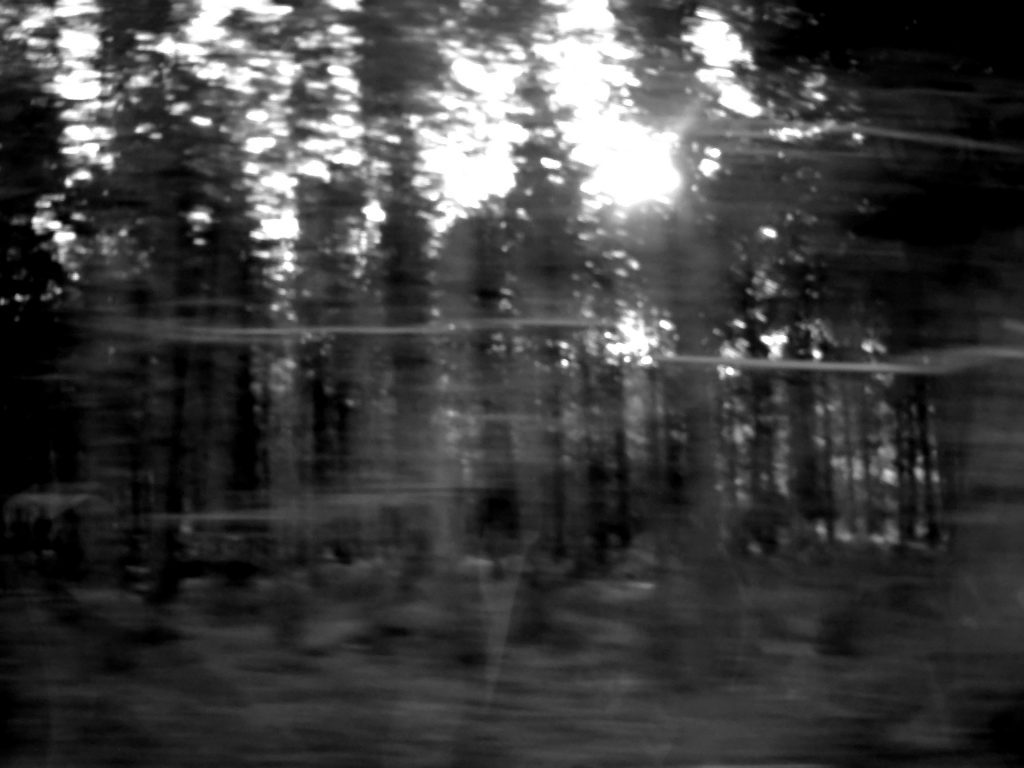 The movie that made the found footage genre infamous, The Blair Witch Project is an hour of mounting tension and mystery out in the forest. Film students Heather, Mike, and Josh set out into the woods to investigate the local legend of the Blair witch. The film is a collage of interviews with the locals, cliche narration by Heather, and gruelling hours of footage cut down into clips where we watch the students lose their minds little by little. Shaky camera footage, awkward angles, and even sometimes just a black or blurred screen combine with unsettling audio to create a truly terrifying movie experience. 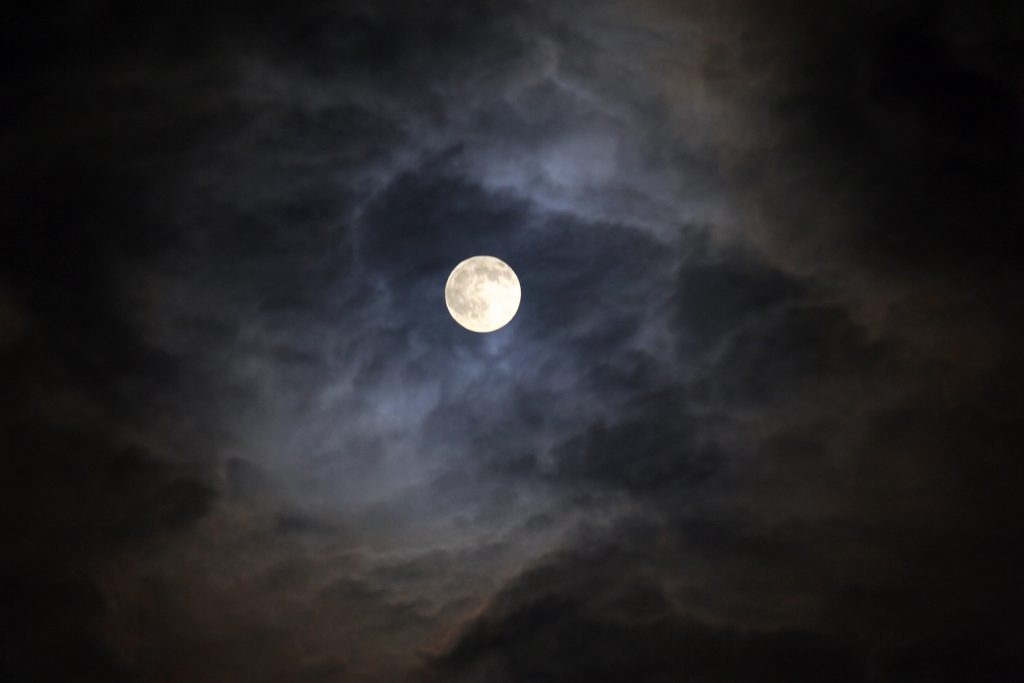 Finally, we venture into less mainstream horror cinema. A possible sequel to the film of the same universe Resolution, The Endless follows two brothers, Justin and Aaron, who were once part of a commune as young adults. For the first time in years, they are contacted by the commune, and Aaron, who has fonder memories of it, insists they go back. Despite his belief that the commune was a cult, Justin can’t let his brother go back alone. What they discover back in the commune is astounding to behold. Mixing Lovecraftian horror, surrealist fantasy, and elements from a variety of genres, The Endless tells the story of brotherhood in the face of the great and terrifying unknown. This film is more than worth the watch.