A Comedy of Errors: Why The Joker Movie Fails At Being ‘Clever’ 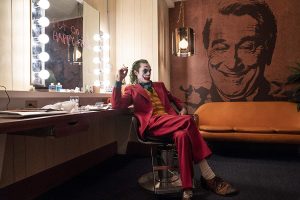 Since taking home Venice Film Festival’s prestigious Golden Lion award, 2019’s Joker has caused massive amounts of controversy. The Internet has debated about whether the graphic violence in the film will inspire copycat shooters (a concern shared by families of victims of the infamous 2012 Colorado shooting during a screening of The Dark Knight Rises) and exploded over director Todd Phillips’ comments that “woke culture” ruin comedy. I went into the cinema both apprehensive and excited about what would unfold in the next two hours, but emerged disappointed—compared to its far superior trailer, Joker is a confusing bore of a film that lacks any true emotional depth.

Before I continue, it’s worth mentioning that there are commendable aspects of it. There have been many iterations of the Joker in cinematic history, from Heath Ledger’s chilling performance to Jared Leto’s incredibly strange Suicide Squad version (still not really sure what he was going for, to be honest), but Joaquin Phoenix’s portrayal is certainly one of the best to date. Arthur Fleck, a downtrodden man who works as a party clown and eventually becomes a psychotic killer, is neither the most well-written nor realistic, but Phoenix manages to immerse himself completely in the role. The cinematography and music are also excellent, with cinematographer Lawrence Sher reflecting Fleck’s inner turmoil through artful lighting and background tone choices. The movie soundtrack is popular 60s and 70s musicians like Frank Sinatra and Jimmy Durante, interspersed with composer Hildur Guðnadóttir’s atmospheric cello pieces. 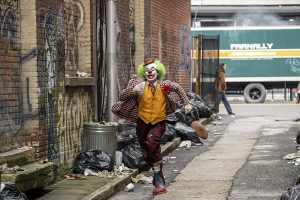 However, the good of Joker doesn’t outweigh the bad, mostly because of how muddled its message was. Warner Bros advertised it as “an exploration of a man disregarded by society [that] is not only a gritty character study, but also a broader cautionary tale.” This begs the question: who is it meant to be cautioning? If it’s a warning to us as a society, then it suffers from its painful, grating lack of nuance—depression and poverty are not kind on anyone, especially in Fleck’s gritty, giant-rat-infested reality, but the movie plays the ‘mean bullies picking on defenceless underdog’ trope so badly and so often that it’s hard to take seriously.

It also includes plenty of clues implying a reflection of today’s political climate: angry crowds protesting against inequality, rich bigoted politicians, and plenty of gun violence. But it seems to have confused itself in what it is trying to say, if it’s saying anything at all. Fleck claims to not be political several times, yet in one of the film’s most memorable scenes he delivers a long, and decidedly political, rant. After being criticised for making an off-colour joke by Franklin Murray, a television host and comedian Fleck worships, Fleck launches into a cringeworthy speech that includes lines like: “This system that knows so much…you decide what’s right or wrong, the same way you decide what’s funny or not,” and “I killed those guys because they were awful […], everybody is awful these days”. This reads simultaneously like a desperate, last ditch attempt at saying something profound, and Phillips’ trying to paint Fleck in a sympathetic light (just before he commits a cold-blooded murder on live television, by the way). 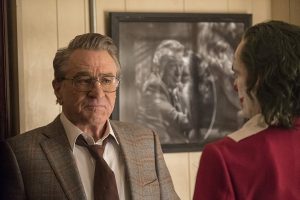 The worst part is that it also sounded like an echo of Phillips’ now-infamous comment: “Go try to be funny nowadays with this woke culture”. Besides it being a confusing self-insert that Phoenix clearly struggled to make sound convincing, this is simply untrue. Humour is more alive than ever in popular media, with Thor: Ragnarok director Taika Waititi set to release a comedy-drama that is literally about a boy whose imaginary friend is Hitler, and shows like Brooklyn Nine-nine and The Good Place. Being funny in a way that is irreverent or crude does not need to be offensive, so I have one question for Phillips: why so serious?

More worryingly, it has garnered undeserved praise for its depiction of mental illness. Newsflash to defenders of Joker: hastily cobbling together a mental illness to give the show’s main character does not equate good mental health representation. Netizens may never settle on an answer about how much Joker will translate into real gun crime, but the baseline is that we don’t need any more reinforcements of the harmful misconception that mental illness is inevitably linked to violence. Fleck only seems to be able to escape the hopeless situation he’s been put in by his mental illness and the society that punishes him for it by expressing his psychopathic traits. And apart from him scribbling down ‘the worst part [about] having a mental illness is people expect you to behave as if you don’t,’ there is no actual exploration of perceptions of mental illness. In a world where the horrific acts of mass shooters like Nikolas Cruz and Adam Lanza are dismissed as ‘mental health problems’ by the media, an entire movie dedicated to what is essentially an exercise in male aggression and superficial mental health depictions rings hollow. 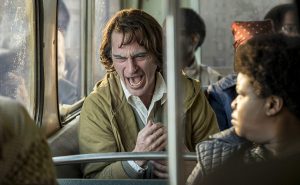 Phillips claims that this film was not made “to push buttons”, yet it looks like that’s the only thing it’s achieved. It is smug in its own supposed intelligence, but it’s nothing better than a poor copy of works by Martin Scorsese like Taxi Driver and The King of Comedy, lacking any of the elements that make those films worth watching. The writing of Arthur Fleck’s backstory is just as incredible and unrealistic as other attempts to give the Joker an origin—think The Killing Joke, yet the character lacks any of the charisma or charm that has always defined him. Under the meaningless (and seemingly endless) scenes of Arthur Fleck dancing in clown makeup or staring into mirrors, there is just nothing that groundbreaking or ‘clever’ about Joker.