10 Classic Films to Broaden your Horizons During Lockdown

Classic films can be difficult to navigate. Some are timeless masterpieces for some, or dreary overlong bores for others. Some are emblematic of a wonderfully different time in movie making history, or dated slogs to sit through.

For those wanting to start watching more classics, it’s often hard to work out which ones will work for you. Decades can be wildly different in terms of themes, styles and the actors that dominate the screen, and when adding different countries into the mix, the task becomes even greater.

The Bubble’s Film editors have chosen 5 of their favourite classic films each to recommend to those wanting to branch out. We’ve chosen films from a variety of decades, genres and styles to let you pick what’s right for you, or to make sure you get a varied experience from watching all 10 back-to-pack. For the sake of this list, a ‘classic’ is defined a film that predates 1985. 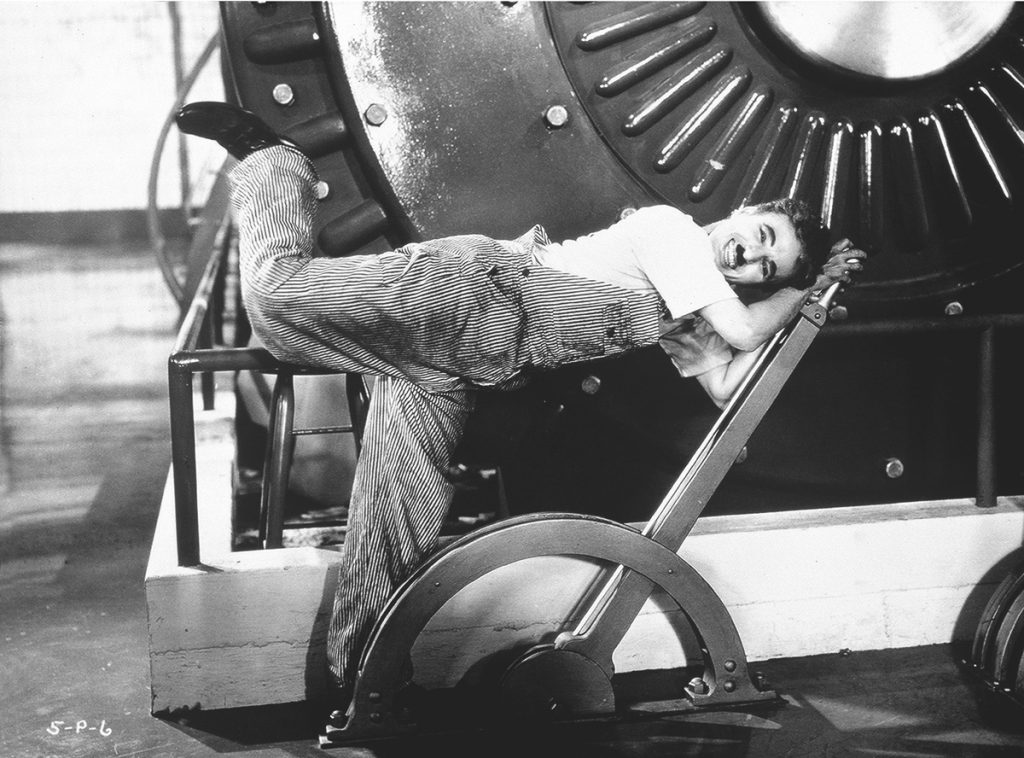 Image by United Artists. Available on IMDb under the Creative Commons 2.0 license.

Charlie Chaplin has a great talent for depicting his contemporary society. After the depression-era in City Lights, he turned to the industrial boom of the 1930s and the struggles of its working class. Modern Times is halfway between a silent film and a ‘talkie’;’ it is only through a device we hear someone speak, signalling the dominance of machines over the period.

Modern Times was the last time Chaplin portrayed his recurring character ‘The Tramp,’ and it turned out to be a more than worthy send-off. 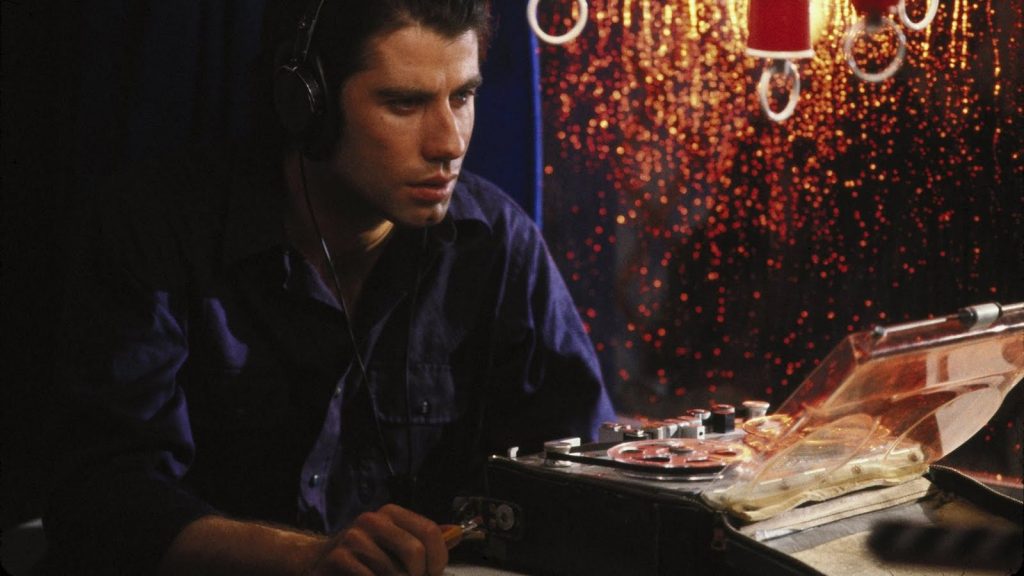 Image by Filmways Pictures. Available on IMDb under the Creative Commons 2.0 license

This is the most modern film chosen by either Abel or myself, and yet its plot is set in motion by a profession that has been made completely obsolete by technological advancements.

Brian De Palma’s fantastic noir thriller stars John Travolta as a sound effect technician who accidentally records a fatal car crash with his bulky recording equipment, stationed recording wind blowing through a park in the dead of night. Through the film we watch Travolta struggle with his now outdated equipment to formulate the series of events from his own recordings, newspaper clippings and a young woman who survived the crash – a crash that turned out to be an assassination.

As the outsider in a political investigation, it’s a thrilling ride with one of the most gut-wrenching endings I’ve ever seen. De Palma has so many wonderful films under his belt – Carrie, Phantom of the Paradise, Scarface and Mission: Impossible to name a few – but Blow Out deserves to be remembered alongside his more popular outings. 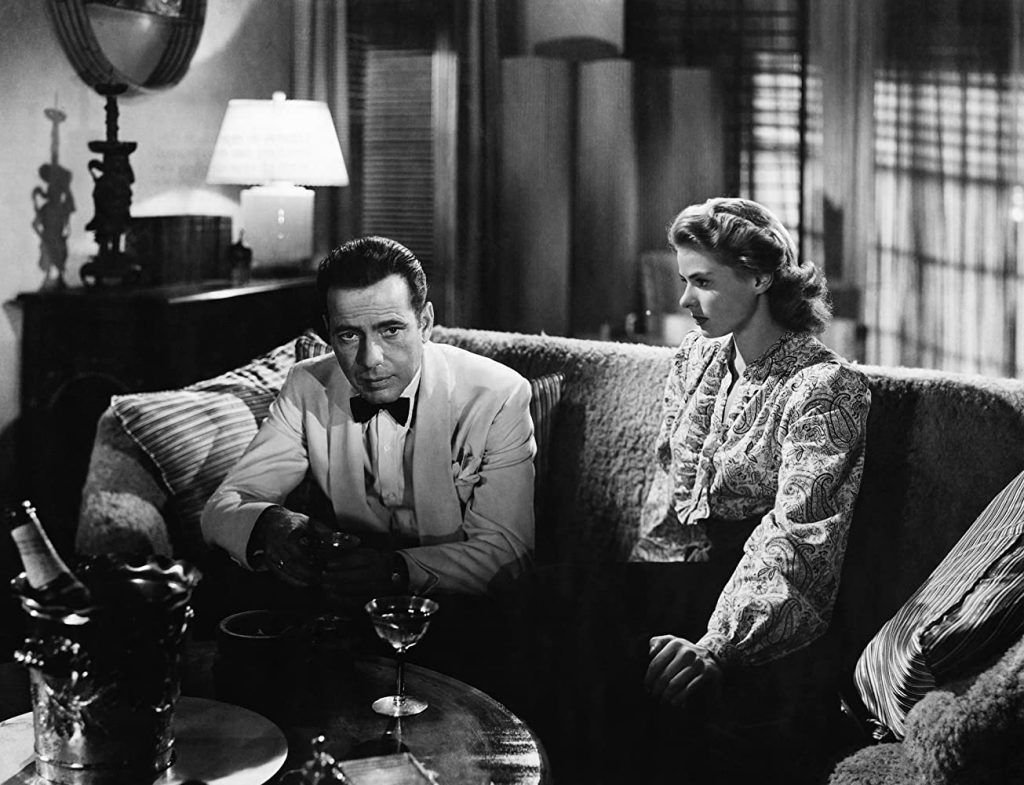 Casablanca is a film you’ve most likely heard of but probably haven’t seen. But you really should have. Set and made during the Second World War, Casablanca follows French resistance fighters in Algeria. The film’s hopeful message is extremely powerful under all circumstances, but the fact that at the time of its creation, the outcome of the war was still uncertain even adds an extra depth to the story.

Without spoiling too much, at around halfway through Casablanca, you’ll get to witness one of the greatest scenes in the history of cinema. 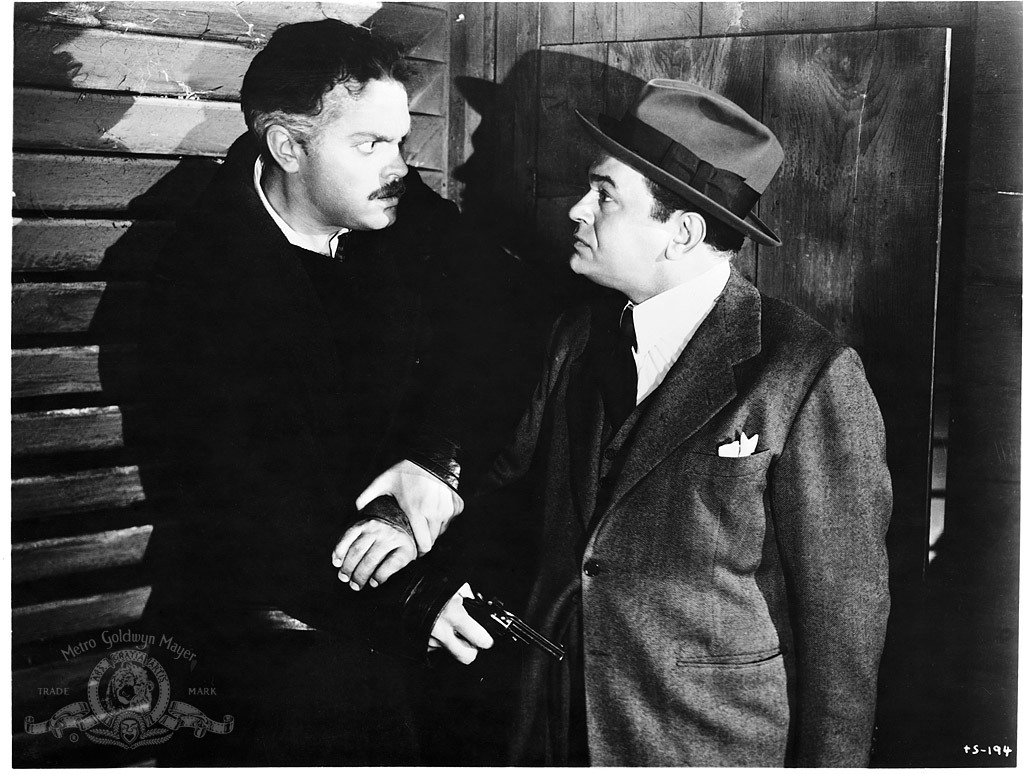 Just try to pretend this film’s ending isn’t visually outdated and this film is a timeless masterpiece.

The ever impressive Orson Welles directs, co-writes and stars in this noir thriller that – in my opinion – is far more entertaining than Citizen Kane. Welles towers over his co-stars as a man suspected of being a Nazi in post-war America.

As the mystery surrounding Welles’ character unfolds, a supporting cast of law officials work together to piece together his true identity and potentially prevent a catastrophe. The tension is pitch-perfect throughout in all its black and white glory, and Welles stuns as one of his greatest characters ever. A jury is tasked with making a decision on a seemingly obvious case. At first glance, all evidence points to the accused being guilty, with many jurors just wanting to make a rushed decision and go home. But one of them, played by Henry Fonda, becomes sceptical and has to convince the other 11 jurors to reconsider their positions.

Despite being set in one room and revolving around one conversation for its entire duration, 12 Angry Men manages to stay tense and exciting throughout. One of its greatest strengths is in its characters who are all unique and have different backgrounds and prejudices. A masterclass in character study and how to tell the story of a failing man, this is Martin Scorsese’s best film bar none.

Robert de Niro stars as depressed loner Travis Bickle as he attempts to begin a career as a taxi driver and becomes obsessed with impressing the beautiful Betsy by volunteering in a political campaign.

The film has a masterful shift halfway through in a terrifically awkward scene between Travis and Betsy set in a theatre, and from then on the unhinged nature of Travis plays out like the most beautiful car crash you couldn’t possibly look away from. With top calibre performances all round and a tortured character to rival Norman Bates himself, Taxi Driver is a must watch for anyone, but especially those familiar with Scorsese’s more modern work to see where it all began. Stanley Kramer’s film from 1961 asks one of the most important, yet most difficult questions of historical remembrance; are voters responsible for the sins of the government they voted for? I will let the reader watch the nearly three-hour-long film to find out what conclusion it comes to, but the film set in 1948 Berlin masterfully balances the two arguments, yet clearly takes a side by the end.

It also has an all-star cast for its time with Spencer Tracy, Burt Lancaster, Marlene Dietrich, Judy Garland, and even a pre-Star Trek William Shatner.

Katie Recommends: It Happened One Night (1934) 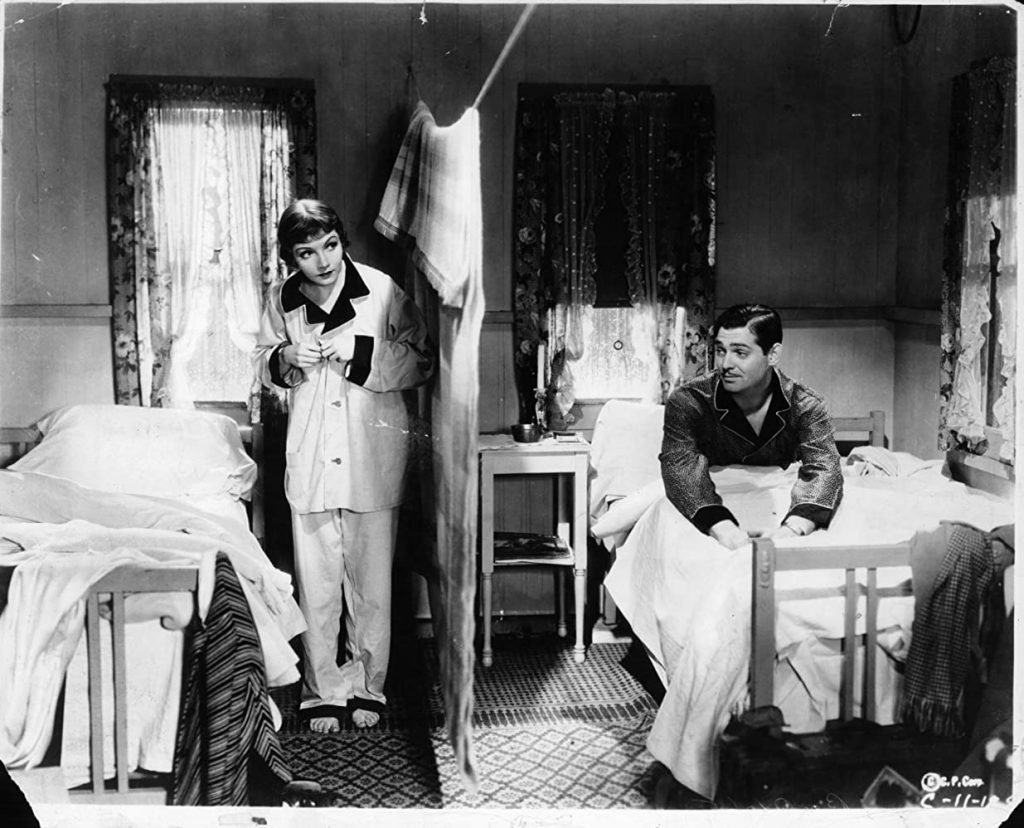 Again, try and pretend the ending to this one isn’t a little rushed and it’s sheer perfection.

Classic romance can be difficult, especially as they can lean towards melodrama with overly soppy lines of dialogue mixed with the very expressive performative acting style of early Hollywood. But It Happened One Night forgoes all of that in favour of truly hilarious dialogue between a couple wonderfully portrayed by Clark Gable and Claudette Colbert who on the surface appear to be a mismatch, but underneath it all the two bond through their haphazard adventures.

As Colbert’s character seeks to reunite with the dastardly husband she planned to elope with, she instead learns to fall in love with a man who wants more from her than just her money. It made me laugh in a way I never thought a film so old and seemingly outdated ever could, and the fact that it’s one of only three films to win the Big Five Oscars – Picture, Actor, Actress, Director and Screenplay – speaks volumes of its quality. 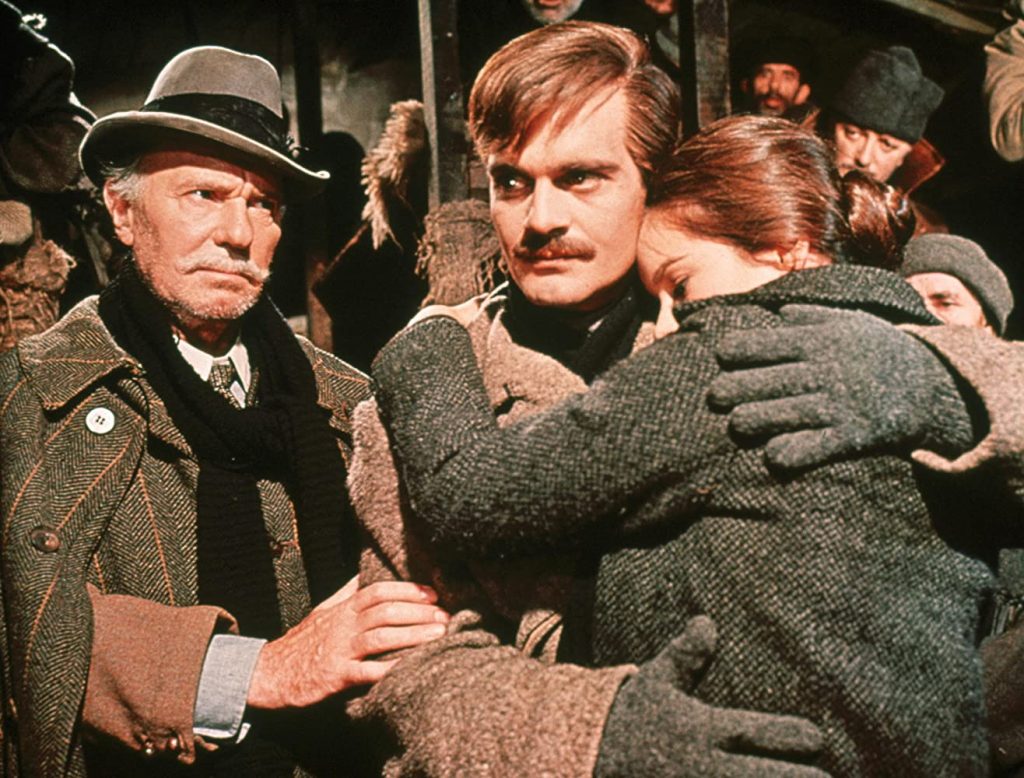 Lawrence of Arabia is David Lean’s most famous historical epic, but Doctor Zhivago is his best. During the turmoil of the Russian civil war, we follow the life of a military doctor who lives a dual life between his family and his lover. With the beautiful story, the accurate depiction of contemporary Russian society, Maurice Jarre’s wonderful music, and Freddie Young’s beautiful cinematography, there isn’t much here that should deter the potential viewer.

Maybe it’s a 3 hours 15 minutes runtime, but that should not be a problem during an international lockdown. 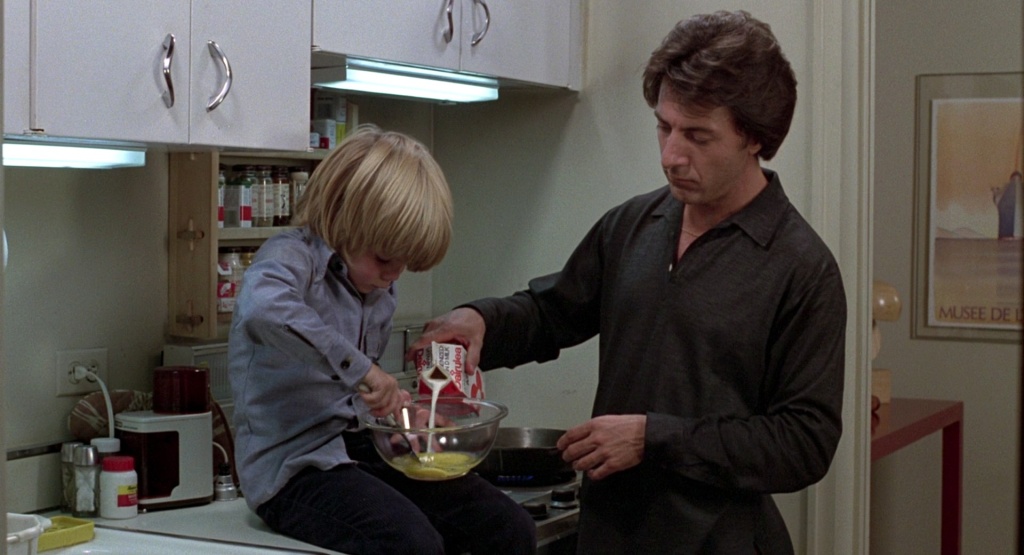 Marriage Story, but 40 years older and somehow even better than that masterpiece of a film.

Dustin Hoffman and Meryl Streep star as divorced parents fighting over the custody of their young son, and while Marriage Story does well to show the light and dark of both parents, Kramer vs. Kramer will have you weeping for Hoffman to succeed from the very beginning.

That’s not to say Streep’’s character isn’t a masterclass in acting, as the film narrowly missed out on being one of the four films to win the Big Five Oscars as Streep won for Supporting Actress rather than Leading. The film manages to be both a heartbreaking and uplifting look at domesticity, and Hoffman’s performance as a single father perfectly embodies a struggling man who’s just doing his best out of love for his child.