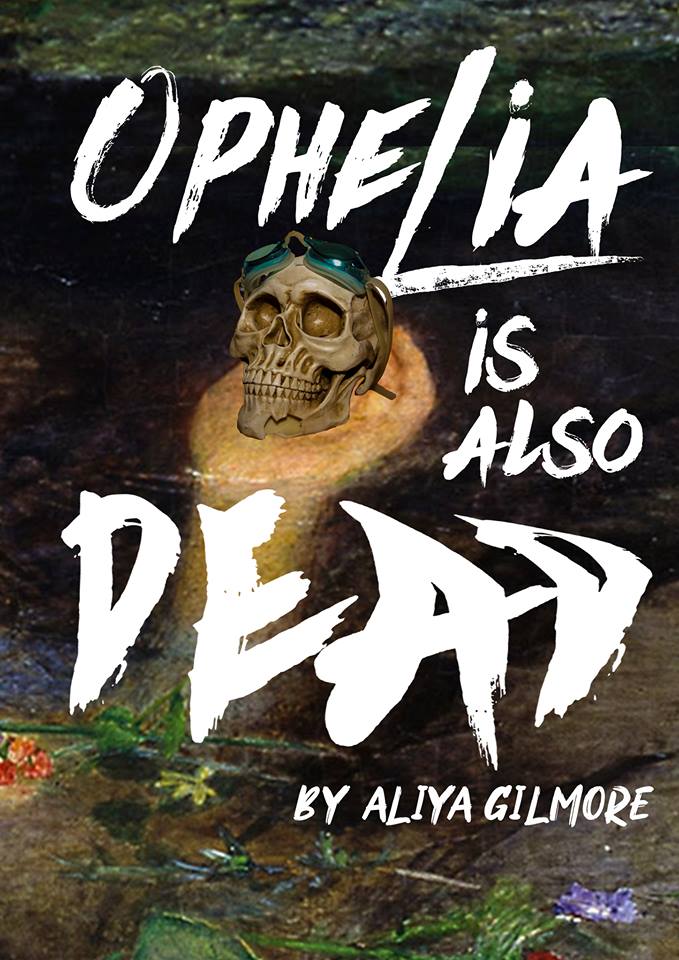 When I sat down to write Ophelia on the three o’clock train from King’s Cross to Durham I had absolutely no expectation of actually finishing it. As the writing got more flurried, somewhere around Peterborough, I noticed the boy next to me Googling lines from Hamlet on his phone, and then the lines I had just put down. He got off around York, and the script was finished by Darlington.

Ophelia is also Dead follows Ophelia telling us the story of her whole life. From what her mother was like, to growing up with Hamlet, to every production of Hamlet she’s ever been in. The show flip-flops between her alone, to the raucous scenes of party life at Elsinore, to a boy’s boarding school production of Hamlet done in drag. It’s a bit bitty, magpie-nest, with inspiration stolen from anywhere that would let me: from Zora Neale Hurston to the Stone Roses. Ophelia is about girlhood, yes, and Hamlet, but it’s also about growing up, qualia, and Natalie Portman.

Praise, love and my firstborn has to go to the director, Auguste. He works so well with the cast, and teases out knots from the show that I didn’t even realise were there. He brought up the fact that Ophelia’s descriptions and hatred of the other characters never really match up to how they treat her onstage, especially Hamlet’s tender treatment of her in the final scene. He takes something that I’d put together very shakily in my mind and turns it into a dance sequence, a love scene, or a monologue done to the projector screen.

It’s definitely interesting seeing the play performed during rehearsals, because all of a sudden the voice that was just in your head isn’t in your head anymore, it’s coming from Aaron Rozanski or Joe Pape. The most brilliant moments, however, are definitely when it feels like someone has just stolen the scene from right where it was curled up in your brain, like when Alex came on to give us his Morrissey impression, or Layla’s frankly fantastic Scooby Doo villain impression.

The keystone of the show, apart from Auguste, has to be Fionna Monk. I hadn’t really realised when writing a play that had six pages of straight monologuing at the end that someone would actually have to perform all that, but she goes for it every time, hammer and tongs. There’s some sort of ethereal loveliness to Fi’s Ophelia, whether she’s rubbing her hand on her crotch or dancing on a table, or talking about whether we can ever really understand other people. Working with DDF has been amazing, from the freakishly wonderful cast, to Adam our tech director, to the liaisons who help us out. It’s like running a play in miniature, and definitely something I’d recommend to anyone willing to try it. Especially you, strange boy on my train who thought Shakespeare used the Smiths quotes in a soliloquy. See you there.