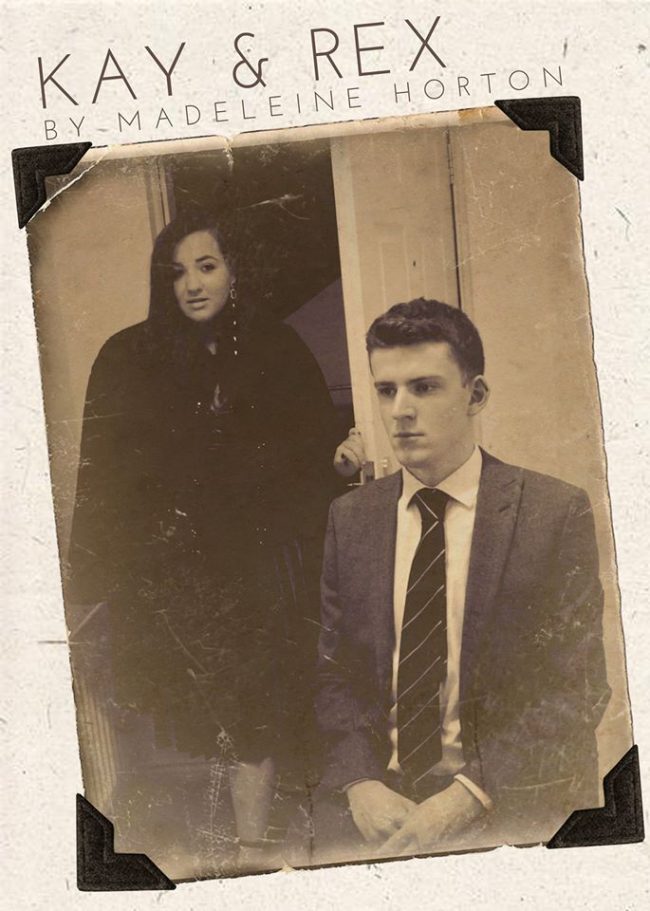 I have always been a fan of old Hollywood. The glamour, the divas, and the crazy personal lives of the actors and actresses are perhaps just as dramatic as the movies in which they starred, and the pressures of maintaining both a public façade and normal relationships was immeasurable. Oftentimes, the biographies of movie stars are incredibly tragic, and stumbling upon the case of famous British actors Rex Harrison and Key Kendall was certainly no exception.

Kay was a beautiful and talented comedienne. Originally from the small town of Withernsea, she appeared in several popular comedies during the 1950s, before her career was cut short, aged 32, when she passed away with leukaemia. Her husband, the caddish Rex Harrison, had left his previous wife Lilli Palmer on hearing of his mistress’s diagnosis and – in a remarkably selfless move – resolved to marry and care for Kay until the end. The dynamic was yet more unusual, however, for Kay was unaware of the true seriousness of her illness until her death. She believed, wrongly, that she was suffering from only a serious case of anaemia, having been persuaded by Rex and her doctor than an iron deficiency was all that ailed her.

Kay and Rex imagines what an evening between these two actors, in their precarious situation, would have been like, as they return from a party in the winter of 1957. Tipsy and bristling following a stressful evening of prying questions about Kay’s health; they lounge around in their sitting room drinking and gossiping whilst the weight of Kay’s diagnosis hangs precariously over them. It is kept purposefully ambiguous as to whether Kay truly suspects the more serious nature of her illness, whether she is secretly very much aware, or whether she is complicit in denial. Whatever the case, there is evident strain within their relationship.

Rex skirts the truth whilst trying to prevent Kay from over-exerting herself, and Kay expresses frustration over her lengthy career hiatus. I wanted to play about with the tension between the couple; their light banter and fun frequently erupts into spatting and arguing. Kay’s dissatisfaction with the stalling of her career, strongly contrasts Rex’s massive success as he enjoys a lengthy West End run of My Fair Lady. Likewise, the tragedy of Kay’s career ending just as it has begun to take flight (the upcoming Globes award ceremony is mentioned) is explored as she reflects, with painful irony, on her apparently tremendous luck.

In my direction, I wanted the performance to be as pared-back as possible, with a naturalistic setting and all the focus on the characters and their claustrophobic interactions. The attention is strongly directed upon the chemistry of the couple’s relationship, for while the true nature of Kay’s illness is never mentioned the audience should be strongly aware that Rex is harbouring a dark secret. The ethics of Rex’s withholding of the truth are troubling, yet fascinating. At the same time, I wanted to really explore the comedic aspects of the play; these people were witty comic actors, with sharp tongues and fragile egos, who took sly digs whenever they could and loved to fight.

The play uses the contemporary style sharp dialogue of the period, much like you would have heard in their movies; his rat-a-tat, high-pace chatter can be incredibly funny, allowing the actors to be flippant, bitchy and amusingly over-dramatic. Being able to co-direct has been a very new and exciting experience, and the freedom of being able to work with and adapt my own piece has made it all the more enjoyable.  Bringing these golden-age Hollywood actors back to life, has been a fascinating and touching story to adapt for the DDF audience.

Kay and Rex is part of Durham Drama Festival. It will be held as part of General Programme 3 on Thursday 7th February- Saturday 9th February, at 7.30pm in Caedmon Hall, Hild Bede.