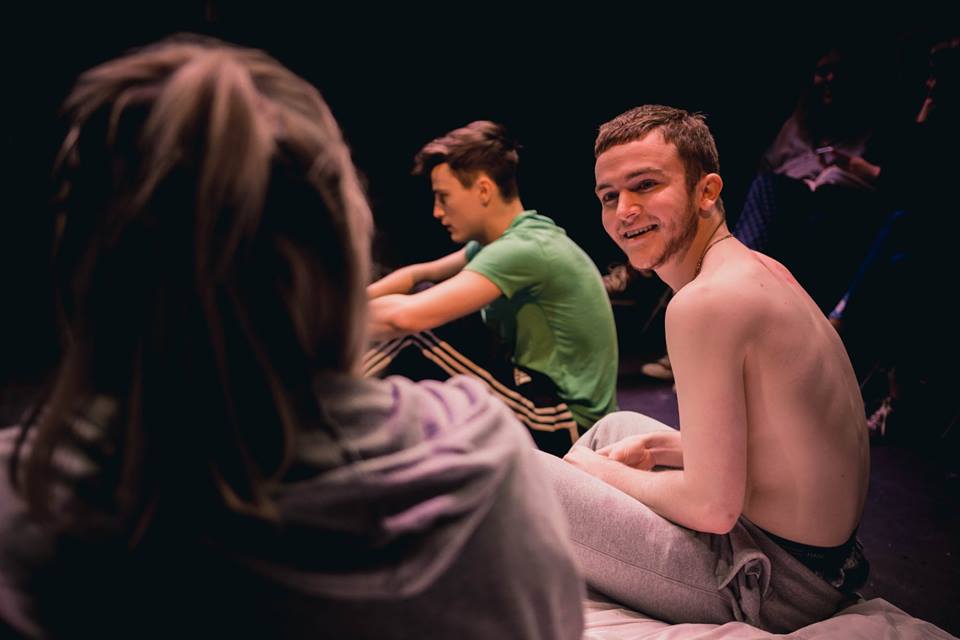 Yen provided a spectacular journey of raw emotion, revealing the tensions, hardships, delights and comedies of an underprivileged upbringing. At first the production seems alienating, but it came to life as a raw representation of existence which the audience had likely never experienced.

Set behind the usual theatre stage, the intense and honest view of the play was emphasized, and it left no room for glossing over the grim realities which some young people face when living in poverty. The rawness of the play’s setting allowed us to focus on the acting and dialogue, which increased the empathy towards the characters. For the first half, a double mattress lay in the centre of the floor, faced by a small TV set and computer games, accentuating the poverty of the boys before even finding out about their situations. With the audience seated in two rows either side, an intense and slightly unnerving experience developed. The ability to see fellow audience members’ reactions heightened the impact of certain shocking or funny scenes and resulted in an immersive viewing. The only part of the set which seemed out of place were the frequent blasts of smoke which were inappropriate to the themes of the play and unnecessary in all contexts.

Powerful family relations were developed through Maggie, the dysfunctional mother who the audience both hate and feel great sympathy for at times during the production. We see the complexity and intricacy of the family relationships developed throughout the play, as abusive fathers and a history of drugs are revealed. The ‘chav’ mother card was slightly overplayed at times, but Louisa Mathieu came into her own when Maggie eventually showed love to her sons and reflected on her past. The story further developed as Jennifer (Gayeneh Vlieghe), enters the story when she is concerned about the deprived god, Taliban, who lives in the boys flat. Gayeneh grew into her role, and was certainly authentic when describing the impact of being raped, but at times her performance felt a little dry and as though she occasionally drifted out of character.

The play continually served to remind the audience of the innocence of these boys through subtle gestures like Bobbie’s drawings or Hench’s inexperience in flirting or touching girls. Overall the performance was organic and mature, with effective scene transitions aided by loud and intense music. In light of the material covered, a small dance- like sequence between Jennifer and Hench seemed a little misguided, but overall the themes were dealt with sensitively and accordingly to create both a sense of shock and reflection.

The four-person cast was ambitious, but credit to each member for entering into these challenging roles. Certain scenes were very funny, and others were very distressing. The audiences’ attention was captured throughout, through the set design and positioning of the audience in particular. A captivating production which resulted in the audience self-reflecting and leaving the theatre with perhaps a new perspective on seeing life at face value.

Yen is on at 19:30, Friday 9th March- Saturday 10th March at the Assembly Rooms Theatre.