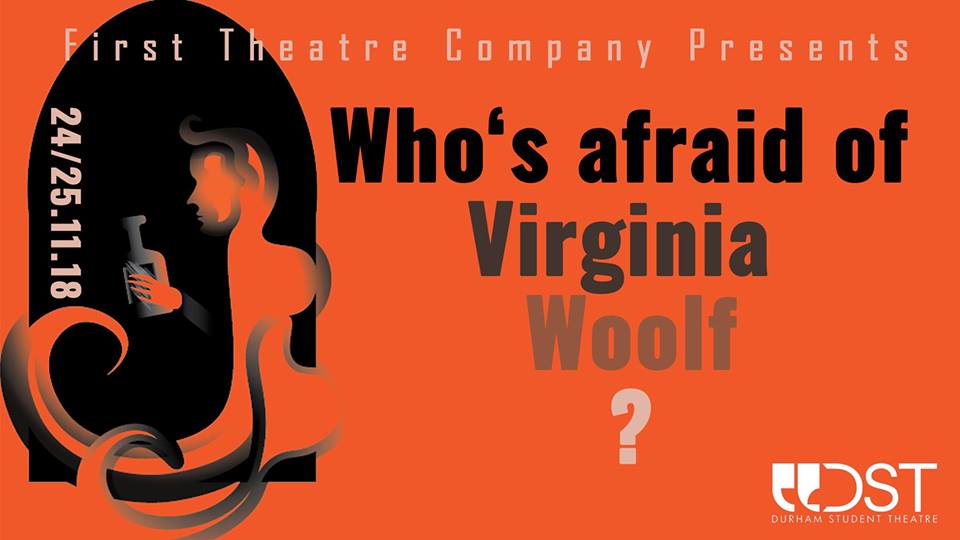 1TC’s Who’s Afraid of Virginia Woolf examines the corrupt relationship of George and Martha. Held together by its performances and the natural intensity of the play, its execution is energetic and mostly enthralling.

Ewan South’s performance is chilling and pulls the entire show together. There is an edge to his character of George from the very beginning, sometimes it verges on likeable as he deals with Martha’s hysteria, but it slowly builds towards malicious outbursts which can never be anticipated. In contrast, Katie Cervenak’s Martha is erratic from the very start. Although she settles into the character, it may benefit her performance to build up in a similar way to South’s. It is harder to feel the impact of her mind-games when she is overtly explosive and temperamental throughout the show. Saying this, she gives one of the most emotionally strenuous performances and by the end, you really felt the twisted impact of the game on her character.

Set in the debating chamber of the Durham Union, it creates the feeling of being an onlooker within the living room, even if some of the movements are often obscured from the audience’s view. The homely atmosphere of George and Martha’s living room is quickly ignored, and the audience’s attention is more frequently drawn to the drink’s cabinet in the background. This setting though, makes the violent aspects of the play all the more jarring. The direction of the actors, especially South, gives the feeling of contained violence for most of the performance. As it continues however, the chaos of the night increases, and director Auguste Voulton does well to keep the atmosphere contained in its pacing, and to let it blow up moments later.

Although the tension throughout the play is impressive and the fights maintain their shock factor, as we learn that the characters are volatile, it does begin to lose its force by the third act. Perhaps this was the nature of the writing, for we are meant to feel trapped within George and Martha’s marriage, but the natural intensity of it all does feel drawn out and tired towards the end. The atmosphere is contained in the play, but the transitions between each act, especially the first and second, are messy and the audience is unsure what to do. It does diminish the ending of both acts slightly, but doesn’t detract from the play entirely.

Slightly messy in places, Who’s Afraid of Virginia Woolf offers an intense production, with excelling performances, a seemingly death-inducing amount of fake alcohol, and a tension which leaves you quite unsure where the characters will go next.

Who’s Afraid of Virginia Woolf is on at 7.30pm, Saturday 25th November at the Durham Union.