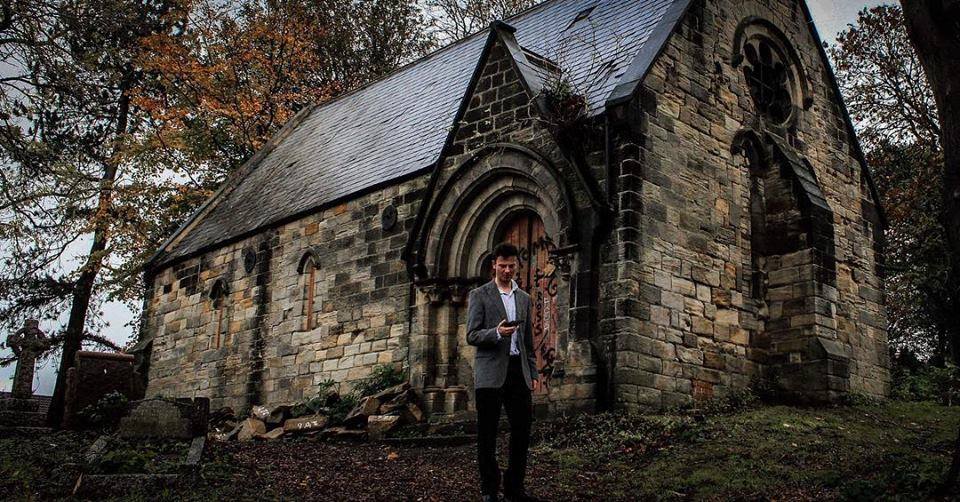 The ending words to Uncle Vanya reflect the intense ambiguity that the cast – under the direction of Harry Scholes – have just carried for two hours. Will the characters rest in peace or disillusion? Uncle Vanya is at once bitingly hilarious as well as a depressing, existentialist treaty (I noted several moments where the audience didn’t know whether to laugh or to be silent). Despite this, Scholes and the cast have managed to stage an impressive play which is stark in setting but rich in emotion and tension.

Scholes describes a ‘back to basics Chekhov’ production, and it certainly lives up to the name – everything in the setting has a purpose, save for some trees for decoration. The traverse staging does indeed allow for an intimate insight into these pitiful Russian characters. You physically felt the anger from Vanya as he directs his life’s fury at Serebryakov (especially when seated up front). I found the costuming especially interesting as well – I quite liked how Yelena was draped in a decadent, maroon dress with black lace compared to the simple blue dress of Sonya. Even Vanya’s ill-fitting blazer immediately communicated his inability to settle into life (and apparently, his clothes). The Durham Masonic Hall is an excellent spot for this kind of bare-bones, intimate staging, and it plays well with the intensely realist perspective that Chekhov grants us. I’m not sure if this was coincidental or not, but the hall has a rug that’s reminiscent of a chess board. How fitting that the characters move around it, as if they are helpless pawns under the hand of a cruel, invisible god.

Setting and staging is one thing, but my enjoyment of the play could not have been as high without the outstanding cast that performed tonight. There was not a single player who slacked, but there were a few key players who really imbued the play with the depth of realism that brings it alive. Serebryakov (Tom Bracewell) was so delightfully haughty that you could almost forgive him of his grumbling nature. Bracewell infuses the character with a certain richness that defies his supposedly senile state, giving a picture of vocal strength and physical weakness. Sonya (Amy Porter) was also well cast; I particularly felt for the devastating endurance that Sonya urges Vanya to adapt to. It is perhaps the moments when Porter does not talk where her acting is the best – from the sadly longing gaze at Astrov when he talks to Yelena, and the subtle shift to momentary happiness when he talks to her in private.

But of course, none of this could have happened without the antics of Uncle Vanya (Tom Murray). Frustrated at his meaningless life and enraged at the people who inflicted it upon him, Murray has a tough job of sustaining such incredible emotion across the two hours – and yet, you feel as though this pain has existed for a lifetime. You couldn’t take your eyes away from him when he argued with Serebryakov for his literal life, or when he talks miserably with Sonya. Even his pathetic seductions of Yelena are somewhat endearing. Yes, Vanya is a loser, but Murray supports this surface with an undertone of softness which makes you want to root for the character and his happiness.

Perhaps it is this softness that allows the ending of the play to be read as strangely hopeful. Uncle Vanya is known to be a bleak, dark and depressing play. But the way Scholes has directed his cast, it seems as though Vanya has a chance of happiness which made up for all of the pain and suffering he experienced. Whether you’ve found your life’s happiness or are questioning your existence, I would highly recommend seeing it and deciding for yourself.

Uncle Vanya is on at 2pm and 2.70pm, Sunday 18th November in Durham’s Masonic Hall.