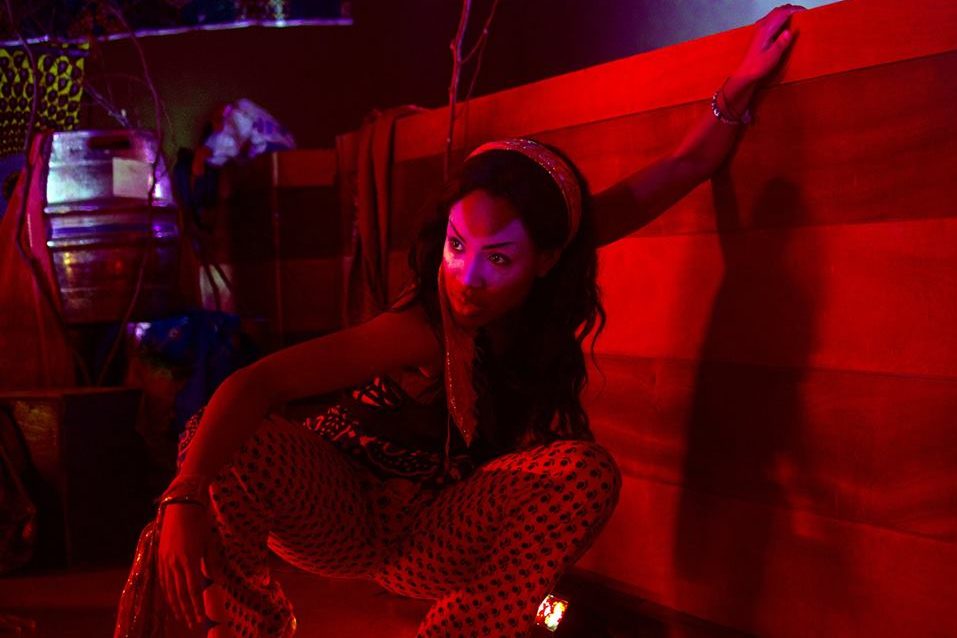 Forty years since the publication of Edward Said’s seminal Orientalism, Sightline and Suffragette’s collaborative production of The Tempest explored and subverted traditional binaries of domination, between oppressor and oppressed, West and East, civilised and savage.

Accounting for established injustices, the performance has been adapted to afford greater agency to the colonial subjects of the play, and to help reckon with imperial history, especially that of Britain. Florence Petrie, acting as Prospera, showed moving remorse in the epilogue, pleading directly to the audience for forgiveness for her actions. We are given an insight into a colonising magician without the ability to exploit Ariel and the spirits of the island, and hence, without any magical colonising ability. Further reaffirming the anti-colonial message in a deviation from Shakespeare’s original work, Ariel returned to pick up Prospera’s staff at the end of the play, symbolic of rebuilding after colonisation.

Sophie Cullis’ Caliban demonstrated the rage of the character against Prospera, and her movements across the stage embodied the essence of a half-human, half-monster. Her noteworthy performance of the speech ‘Be thou not afeard; the isle is full of noises’ did significant justice to one of the character’s few opportunities for expression, giving agency to the subaltern voice.

The spirit Ariel is uniquely depicted, with the role split into three parts performed by Helena Baker, Lucy Little and Aarnav Sharma. Their enchanting dancing and fluid movement, informed by dance traditions from Malaysia, India and Indonesia was only topped in the way the trio fiercely condemned the men from Naples as ‘most unfit to live’. Their masks, coupled with the red lighting of the scene and the sheer fact of their numbers, decisively captured the tone of an anti-colonial revolution.

Notable also was the effective presentation of many different manifestations of the colonial mentality. Isaac Theaker’s Gonzalo, while encapsulating the honesty and kind-heartedness of the character, passionately delivered lines romanticising the possibilities provided by the island to govern it. Comparatively, the comically laddish duo of Trinculo and Stephano drunkenly sang ‘Rule Britannia’ and, reminiscent of culturally appropriate practices, greedily looted colourful clothes and fabrics.

Certain aspects of the performance’s didactic intention in regards to colonialism are potentially lacking. Caliban’s subjugation by Trinculo and Stephano, being forced to drink ‘celestial liquor’ and kiss Stephano’s leg, reminded me of an over-eager Fresher at an initiation for a college football team rather than colonial relations. This did not undermine the message of the production as a whole, however, and these occasional elements of humour were a necessary respite from the heavier themes of the play.

In their recent Director’s Note, Layla Chowdhury and assistant director Aliya Gilmore outlined Sightline Productions’ aim to increase diversity in Durham Student Theatre and introduce elements from foreign theatre. This ethos is exemplified in a response to a scene from the original text where Miranda and Ferdinand passively watch a masque performed by the spirits for their entertainment. In this performance, the couple (convincingly portrayed by Molly Goetzee and Aaron Rozanski) joined in with the dance, showing an equal appreciation of foreign cultures rather than gratuitous inclusivity.

The political message of this production of The Tempest, and Sightline’s long-term goals, will hopefully help to inform and enhance student drama across the university through such respectful inclusion of other theatrical traditions.

The Tempest is on at 7.30pm, 30th November-1st December in Hild Bede Chapel.