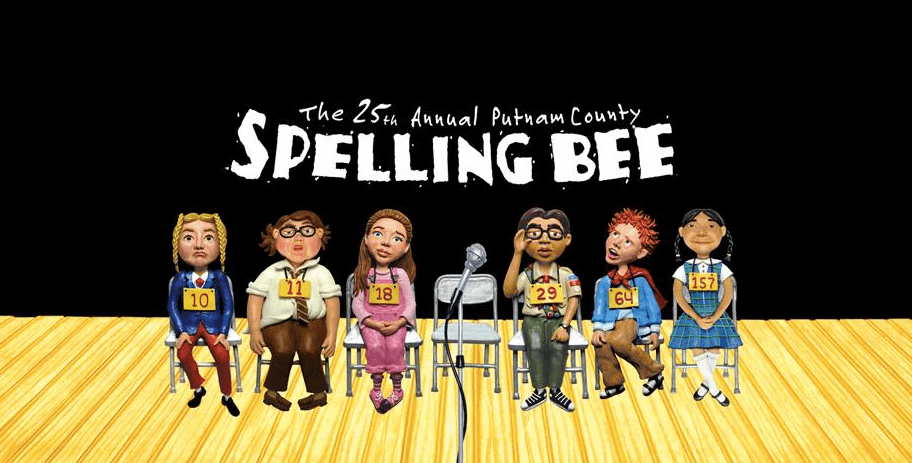 “…a hilarious yet insightful look at childhood.”

The 25th Annual Putnam County Spelling Bee is self-descriptive, the play following exactly what the title says. Along the way however, Francesca Davies-Cáceres’ production of the Broadway musical looks at the perceptions and realities of childhood, the pressures of academia and erections in unfortunate situations.

As far as dialogue goes, it was more complicated than most with characters being required to spell out (incredibly niche) words at a fast pace and often to the rhythm of the music. The interplay between words and music in the case of Spelling Bee therefore, appeared even more difficult and despite the somewhat chaotic start to the production, Emily Winters did a remarkable job of keeping the music in line with the tone and pace.

Without the music, it often would have been easy to think about the triviality of the spelling bee, but the music reminded the audience of the importance to the children in it and how this was probably one of the biggest events in their lives so far, with it building up and highlighting tension as the spelling bee worked towards its finish. Some of the best numbers included ‘Pandemonium’, where the chaos of the event and the true personas of the children were exposed early on, and ‘Chip’s Lament’, undoubtedly an audience favourite.

Davies-Cáceres’ direction provided a well-constructed contrast between the relative cheer of the spelling bee with the more serious contemplations on the characters’ lives outside of the gymnasium. What was most valuable and interesting about nearly all of the performances in this respect were the archetypes that unravelled as the play moved onwards. Stacey Cockram’s overachieving Marcy demonstrating the negative aspects of academic pressure, and Harry Twining’s William Barfee eventually realizes the importance of friendship over winning. Twining’s performance inhabited the nature of the overzealous Barfee, a child I think who we all knew when we were younger, and Aimee Dickinson’s Rona Peretti was another standout of the production. Her voice and performance were one of the most consistent in all of the cast (although there wasn’t really a weak link) with the ‘I Love You Song’ becoming one of the most poignant moments. Her and Sam Anton’s Vice-Principle Panch also provided an easy humour at the side of the stage.

Adding to the comedic aspect of the performance, the audience participation was fortunately less awkward than it could have been. The show was so exuberant that it was hard not to get involved and the nature of the production made it easy for the participants to feel at ease. Further, the tailoring of the production to St Mary’s and Durham in general was an excellent touch on the production team’s part, making the spelling bee feel personal to a community in the way that it should.

The production was messy in places, with the band sometimes being too loud over the sound of the voices of the actors and the choreography seemed a little jumbled at certain points. Overall though, the production offered a hilarious yet insightful look at childhood that didn’t take itself too seriously, but also offered moments of transparency in its narrative.