Review: Rosencrantz and Guildenstern Are Dead 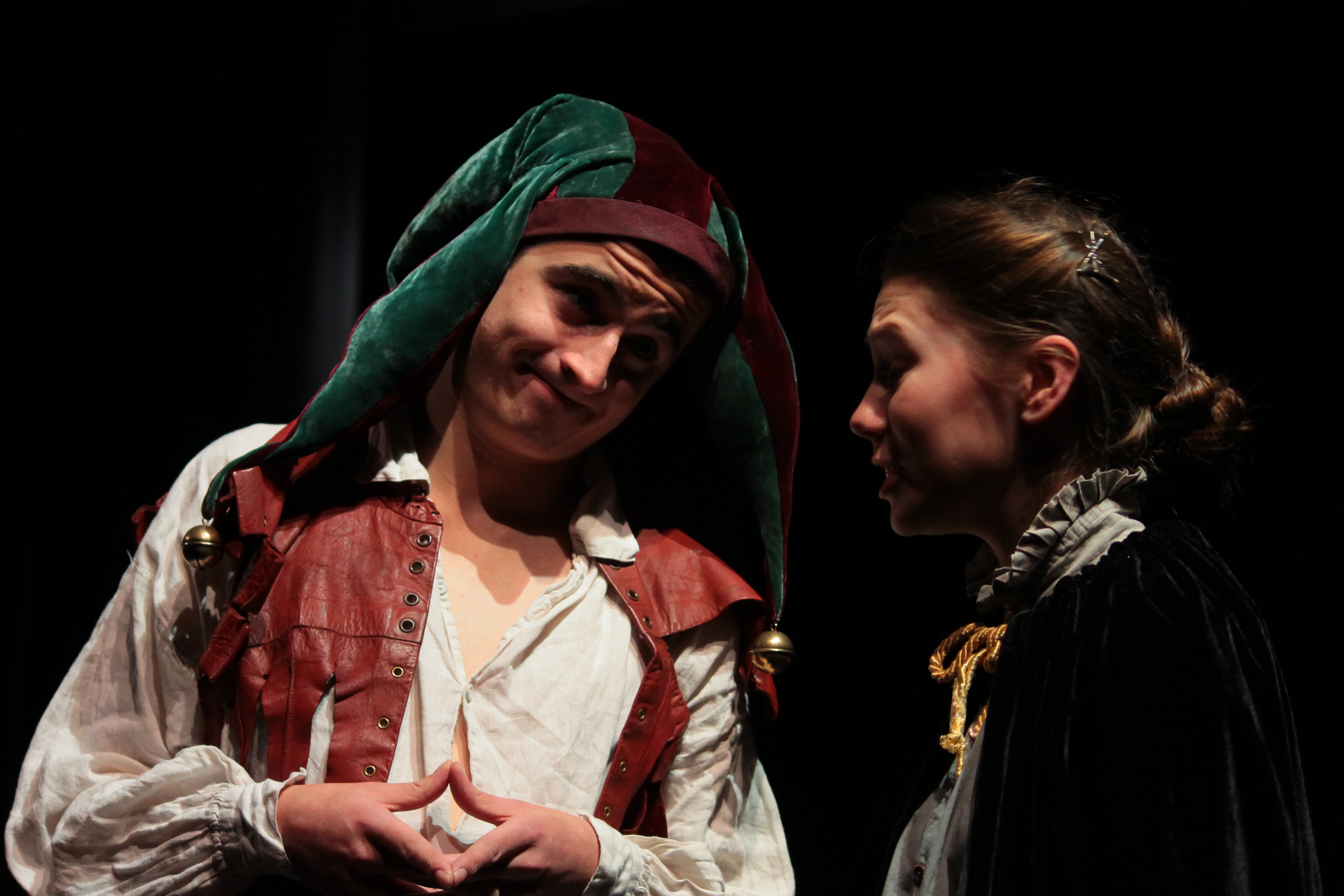 Rosencratz and Guildenstern Are Dead is a play of contrasts and apparent contradictions; it manages to be both comic and tragic; simultaneously a play which is concerned with both the complex inner workings of existentialism and the effects of the often blurred distinction between speech and silence. The parallels between Stoppard’s play and Beckett’s Waiting for Godot (performed last term) cannot be contested, however what is remarkable about Stoppard is the pace of his play and the tangential approach to writing and performance he takes. As such, the performance is rich and textured, with the two main characters, Rosencrantz and Guildenstern acting as foils to each other. As the play progresses through the acts, the absurdity increases and the play truly begins to find it feet. The decision of the director, Dom Williams, to open the third Act with characters performing from within the audience, was a particularly interesting interpretation of the text and gave the play considerable pace and energy, as well as including the audience in the play.

The titular characters could be regarded by an audience as akin to cariactures, of little substance or lasting impression but the leading actors (Walser and Train respectively) manage to bring their characters to light. In particular, Train’s presentation of Rosencrantz, a character who could easily be seen as an image of idiocy, is complete and varied. It would be ridiculous to say that he wasn’t a comic character, in fact he got the more laughs than the rest of the cast combined, but this is more indicative of the skill in which he handled the material in which he was given rather than the expectations of a stock character to merely provide light relief. This sentiment also applies to the Player (Rainford), arguably the character with the best stage presence in the performance and one who can switch between comedy and melodrama with seeming ease. He manages to give his character intrinsically likeable, no mean feat when the character resembles a pantomime dame more closely than they do a serious theatrical character. The supporting cast were also excellent, with a particular mention required of Dominic McGovern, whose presentation of Alfred and his dress were not only extremely comic but highly memorable.

The play is an incredibly intelligent one, there is the metatheatre of a play being performed within a play and with the knowledge that this play is essentially taking place within another play – Hamlet. The textual references to Hamlet have been worked in skillfully and enhance the text; it is based loosely on Hamlet rather than relying on it for textual matter. The play’s self conscious nature, the use of metadrama and realisation of the dramatic conventions of theatre of which it is using is the seminal focus of the play and creates it charm.

The stagecraft of the play is purposefully and faithfully to the text, sparse which furthers the impression that this play is not an independent entity in its self. Lighting and sound are reacted to by the character as stimuli and are used to enhance rather than dictate performance. The characters act as if they are within a microcosm, somewhat paradoxically with the idea of the metadrama, as if they are isolated and in their own world: yet another source of contradiction within the play.

A faithful adaptation of a seminal absurdist play, an immersive journey across humour, tragedy and drama whilst remaining faithfully a play of ideas rather than one of actions. Professional and polished, the audience were entered into 3 hours of the inner workings of two of Shakespeare’s minor characters and they didn’t want to leave.