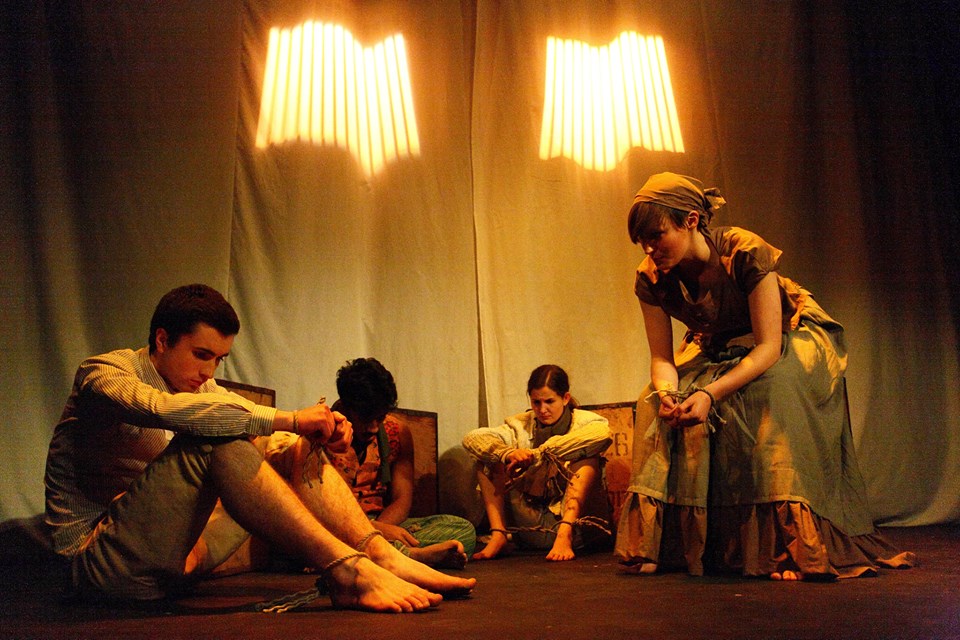 “An absorbing and powerful production”

As someone born and bred in the UK, I’ve always had a patriotic streak. So when I heard about Our Country’s Good, I was interested to see just what our country could do – and I wasn’t disappointed.

Our Country’s Good, written by Timberlake Wertenbaker and inspired by real events, is the true story of a ragbag cast of convicts who put on a play under the guidance of an earnest young marine officer. As the barriers between captors and captives break down, they start to discover each other, both onstage and behind the scenes.

Despite the relatively melancholic topic of Our Country’s Good, the performance itself was far from that. In fact, it turned out to be a wonderful little gem that I am glad I had the opportunity to see. It was humorous without desperately trying to be and, as a result, actually funny – and the cast were all exceptionally professional, so much so that it was quite easy to forget I was watching a student production. Even during the scene transitions – of which there were many – the cast seemed to simply melt into their roles as soon as the scenes started. This, I believe, is of particular note because an intrinsic theme of Our Country’s Good is doubling: that is, the majority of the cast performed in two, very different roles. This is by far no easy feat, and the cast should be extremely proud of the way they handled this – I could almost have been convinced that they were two different people.

On this note, I must mention Adam Evans for the natural way he managed to jump between the tyrant Major Robbie Ross and the kind-hearted ‘hangman’ Ketch Freeman, but also for his fantastically convincing and consistent variety of accents. Similarly, Lydia Feerick’s transition from the sharp, clean-cut Captain Watkin Trench to the slightly ragged-around-the-edges Devonian, Dabby Bryant, was particularly impressive. That said, I was hugely impressed by how diverse and dynamic each and every one of the cast was – they were, I believe, a brilliantly put together cast, and this was reflected on stage. In particular, I noticed a wonderful group dynamic during the scenes where the whole cast were on stage, making the idle chatter of convicts and their captors seem like a genuine conversation amongst the group. However, I must also commend Serena Gosling (Mary Brenham) and Sasoon Moskofian (Second Lieutenant Ralph Clark) for creating a remarkably believable and – dare I say it – heart-warming romance that had me rooting for them until the very end. This in itself is not easy to do, let me assure you.

All in all, Fourth Wall Theatre’s rendition of the play was my first experience of Our Country’s Good, and I couldn’t have wished for a better introduction. If I were wearing one, I’d take my hat off to them all. I urge all of you to see this absorbing and powerful production, before it’s gone – you won’t regret it.