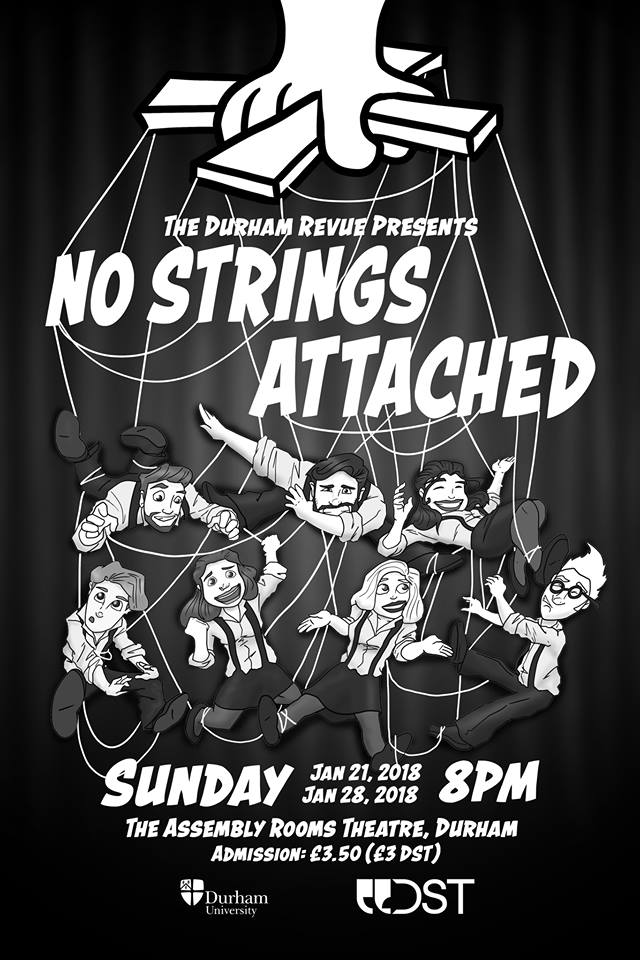 A Note From The President: Luke Maskell

This year is going to be a marathon and not a sprint. Over the summer, Tom, Tristan, Lily and I lost five friends to the trauma of graduation and we started the year feeling like we’d had the rug pulled from under our feet. Each of those five put so much hard work, commitment, and fun into The Revue that will leave an indelible mark for years to come, even if future members don’t know it, and watching them career off into the haze was difficult to do.

In the wake of this desertion, we knew that this year’s troupe had to be something different. Standing before the blank canvas prior to auditions was both a bleak and exciting experience as we simply didn’t know what The Revue was going to look like… and then we found Lydia, Charlie, Hamish, Rosie, and Sam Fenn. These kids are excitable, somewhat untameable, and borderline bizarre at times, but they are perfect for the new troupe. They each have their own quirks on stage that will develop over time, they each share the care and commitment that is needed to make this Revue happen, and none of them have made any serious attempts to stop my making the new show as flashy-lighty and bassline-heavy as possible, bar of course Sam, whose petulant insistence on the merits of Beyoncé are concerning to say the least.

In all seriousness, watching them don the ever-threatened ‘revuniform’ last night was a treat to see and getting to know them over the last few months has been great fun. I have high hopes for this new Revue. I don’t anticipate us to be a polished product just yet- the easy dynamics of The Revue under the presidencies of my predecessors Abigail Weinstock and Ambika Mod took time, tears and effort to master, an effort that isn’t easily discernible when you see the final product in one of our shows. But we’ll get there.

Anyone who knows The Revue will know our usual vibe – hypey, vibey, punchliney, and punny. I can promise the fans [aka. Mum] that this year will aim to be exactly that, with, of course, a sprinkling of risk, weird, and drum and bass. (I’ve got a mark of my own to leave after all). I hope that when people come to see the shows this year they do so with the allowance that this year is a year of transition for us, but a transition that will hopefully be exciting and enjoyable for all. At the end of the day, it’s important to honour the insistent but true words of last year’s President. That “it’s all just a bit of silly fun.”

I was worried that I wasn’t particularly well-suited to review ‘No Strings Attached’, I was expecting a series of ‘in jokes’ about life in Durham and the struggles of British life, and for most of the jokes to go completely over my head. I am pleased to say that Durham Revue’s sketch show, written by Sam Fenn, exceeded my expectations dramatically. Lasting about ninety minutes, the audience was treated to a wild assortment of energetic sketches, ranging anywhere from politically minded jabs, to puns, to complete absurdist nonsense.

The performers were all a very high standard, and had their comedic timing down to a T. They brought great presence and energy to the stage, and despite playing multiple different characters they portrayed them all incredibly well. There were quite a few technical hiccups throughout the piece, but the performers played them off excellently, and it really added to the overall comedic value. The performers should also be commended for their use of the relatively bare space. Despite few props and no set, the performers could transform the stage into a classroom, or a Parisian street, or gameshow set. There were some new members on the stage tonight, but the standard they maintained and the seamless chemistry between all seven performers made it impossible to tell who was a seasoned member of the Durham Revue, and who was brand new to the ensemble.

Overall, the sketches were extremely creative and entertaining. I must commend Fenn for the sheer variety of sketches he wrote, and none of them were similar to the others in any conceivable way. I felt he was at his best when he was playing with genre, form, or otherwise generally being completely nonsensical. It was obvious the guy next to me preferred the sketches that played with puns. This is one of the rare times that I can honestly and truthfully say there was something for everyone in the show, thanks to the diversity of the pieces. However, occasionally the joke was left to fester for a little too long, where the characters explained the joke to some degree. Fenn didn’t necessarily need to justify himself, and should have let the punchline speak for itself.

Technically, it was very ambitious in many ways. There were lots of sound queues that hinged on a small mime or throwaway line, which led to the technical gaffs that I mentioned earlier. Luckily, this almost contributed to the fast and loose nature of the sketch show, and whilst noticeable, did not detract too heavily from the piece. Generally however, the technical aspect really helped the show, and was balanced perfectly with the overall performance; not so little that it became austere, but not so much that it turned into a light show. It’s clear that Fenn and the director thought out the technical side very carefully.

The sketches were well ordered and just enough to satiate the audience but not so many that it becomes exhausting. Buy your tickets soon, because a show like this is bound to sell out fast.

Durham Revue’s ‘No Strings Attached’ is on 8pm, Sunday 28th January at the Assembly Rooms Theatre.