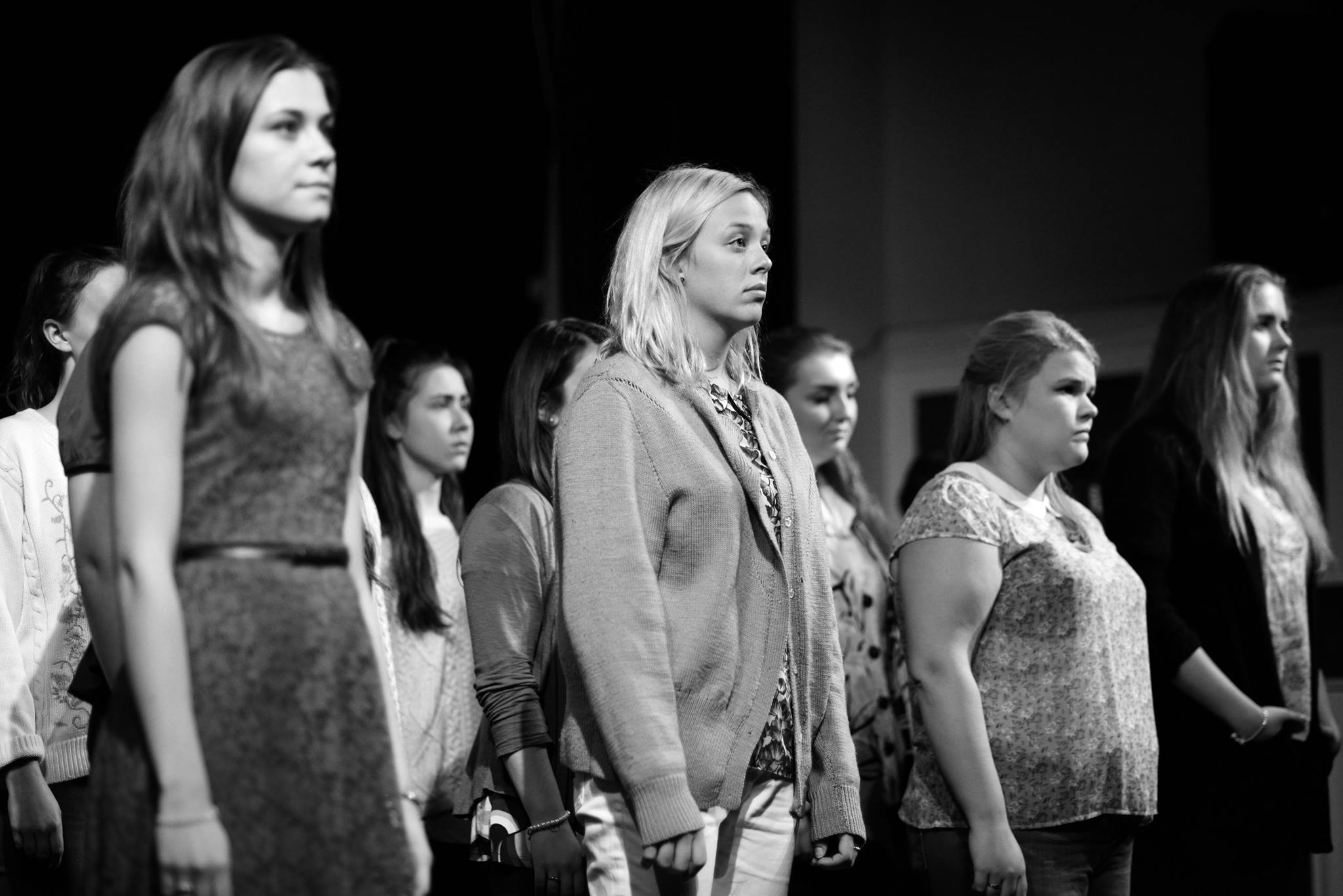 Have you ever finished watching a film, or reading a book, and just couldn’t wait to tell the next person you spoke to about it? Chances are, the answer is yes. But what about at the theatre? When was the last time you were so blown away that, even while wanting to scream and shout about it, the words that came to your head simply weren’t enough to do it justice?

Well for me, that was at the opening night of Motherland.

It’s safe to say that, as I took my seat, I wasn’t sure what to expect. Motherland is by no means a well known piece of work, and it’s all too easy to assume what the reason for this is: it’s not very good. But, alas, I swept away all preconceptions and picked up my pen and paper as the stage went black.

Motherland tells the stories of women whose lives have been shaken to their core by the conflicts in Afghanistan and Iraq. Mothers, sisters, wives and girlfriends tell their heartbreaking stories with humour, warmth and emotion in this drama, put together from a series of interviews with women from the North East of England, conducted by Steve Gilroy in 2007. The text of this piece is composed entirely of the words spoken by these women, who speak of their loved ones who went off to war, some alive, some injured and some killed in conflict and deals with many issues that are still relevant today.

As someone born and bred in the North East, I’ve heard my share of dodgy attempts at a Geordie accent. So much so, my hopes really were not high for the cast of the play. But as soon as Isabel, played by Stephanie Young, opened her mouth, mine was promptly shut – and remained so throughout. There was nothing to say except that each and every one of the cast managed a crackin’ Geordie accent. Yes, there were slips every so often, a couple of words were exaggerated in the wrong places but overall, I have to applaud them.

Also of note was the set – while staying largely the same throughout the performance, it was simple, yet sufficient. Any more would have been a distraction from the story. Most of all, however, I must commend the cast. Steve Gilroy spoke to many women from the same background, but with extraordinarily different stories and the cast – almost entirely female, with the exception of the ever-present Soldier, played by Liam Hesketh – I believe, was brilliantly selected and reflected the real women behind the stories wonderfully. Particular recognition ought to go to Ellie Gauge as Janice and Eleanor George as Pat, whose astoundingly powerful performances left the entirety of the audience holding their breaths and me holding back tears – on more than one occasion.

Also to be commended was Louisa Mathieu as Elsie, whose portrayal of a woman whose daughter was killed in conflict was subdued to begin with, but blossomed as her devastating story came to an end. Louisa also shared the stage with Annie Davison (Elizabeth) and Ellie Jones (Deborah), who gave a wonderfully diverse performance as a bubbly mother-daughter twosome whose son/brother went off to war – but was able to return with his life.

On a similar note, Polly Norkett and Izzie Price – the Joanne duo – were wonderfully refreshing in their rendition of two women who remembered meeting their military lovers as young, giggly youngsters. This contrast in emotion was perfectly reflected on stage and was a great way to ensure that the performance did not spiral into an overwhelmingly sad tragedy.

This, I believe, is an important point of this production: it may deal with many sad, important issues such as war, death, terminal illness and sexuality, amongst others, but there is much more to it than that. There was a remarkable amount of humour, too. Never did I think I’d find myself laughing during a story about the tragedies of war, but I did – numerous times. The humour was well placed and well delivered by the cast and got all of the laughs from the audience. I also particularly appreciated the way that some of the cast were immersed in the audience and, about half way through, stood up to begin their story before joining together on stage. Without realising, the entire audience had fallen into a fascinated silence, absorbing every word being said, that engulfed the room and this touch gently stirred the audience from our stupor.

I can wholeheartedly report that I felt everything the characters felt and stayed with them throughout their performances until the very end – which very nearly set me off again. A montage of photographs and videos of the women behind the stories and of soldiers at war was the perfect ending and reminded all of us, I believe, that these stories were much more than that – they were real life experiences. Despite leaving the Assembly Rooms utterly speechless and a bit of an emotional wreck, Director Kate Barton’s rendition of Motherland was a wonderfully enlightening, eye-opening portrayal of the side of war we see far too little of.

If you haven’t got a ticket, you’re missing out.