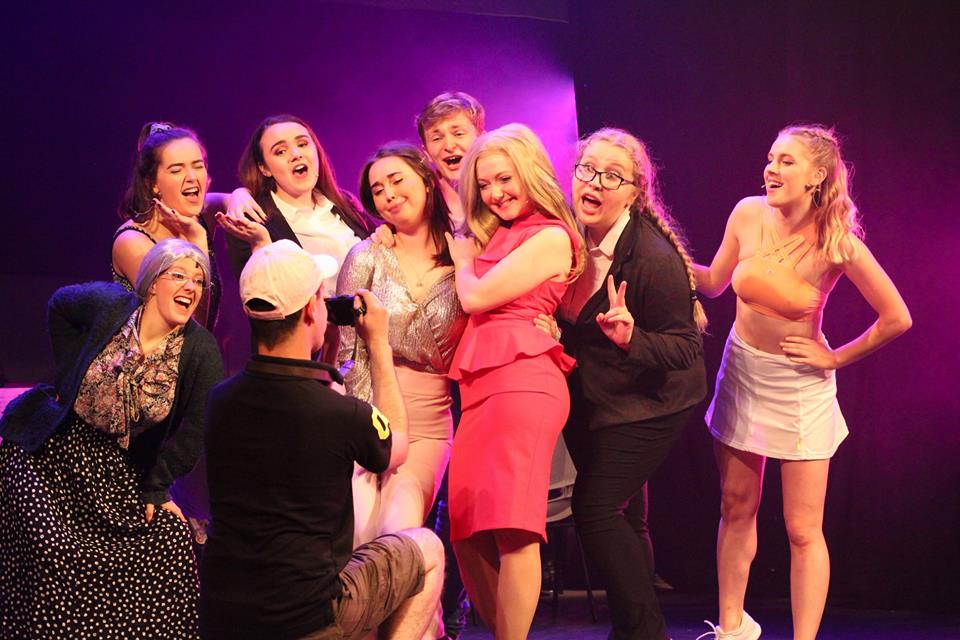 Once again, DULOG have thrilled, entertained and enamoured fans of musical theatre with their summer show, this year choosing Legally Blonde: The Musical as their performance with which to wow their audience.

A stellar cast of all-singing, all-dancing, multi-talented students have come together to create this fantastic show, which from start to finish radiated the same sunny feel-good factor as Elle Woods’s own ‘positive’ and peppy personality. Bathed in pink stage lights, the uplifting performance provided the same classic girl-power message of the movie: that you should always be true to yourself. Embodying this message wholeheartedly, Katie Sterland shone as Elle Woods, giving a funny yet endearing portrayal of the bubbly Malibu blonde turned first-class lawyer. She gave moments of genuine emotion and held her own onstage, never getting lost in the big ensemble dance numbers, whilst her singing helped to capture the duality of her character, who is at once ditzy but also capable of much more.

Her performance was matched by the excellent talents of the rest of the cast, such as Danny Booth who gave a strong lead performance as Emmet Forrest, whilst Kane Taylor was believably intimidating as the show’s villain, Professor Callahan. In the more comedic roles, Isla Brendon was instantly likeable and sweet as Paulette Bonafonté, whilst Elle’s girl gang who formed the ‘Greek chorus’ for most of the show were brilliantly energetic and perfectly captured the valley-girl vibe. Rhys Rodrigues and Sam Baumal provided a particularly hilarious number as Nikos Argitakos and Carlos which the audience really seemed to enjoy! And swaggering in to his own musical cue, Jamie Blackwell was truly entertaining as the hunky UPS guy Kyle, whose brief moments onstage were met with fits of giggles from the audience. All together, the cast were completely in tune with one another and they delivered a clearly well rehearsed show.

There was some great choreography from Kennedy Cassy and Rosie Dart, with big ensemble dance numbers that were well executed and truly ambitious in what they sought to achieve in the tight space they had onstage. Let’s just say, there is an impressive number involving skipping ropes that will have you awed but may also have you watching through your fingers! The band was pitch-perfect, as is to be expected of a DULOG performance and they provided the fantastic soundtrack to this show without a hiccup. The cast harmonised well, both with their singing and their dancing which was impressively in sync, executing ambitious lifts that added to the brilliant spectacle of the bigger numbers.

Technically, there were a few hitches, namely music and sound issues, such as general microphone feedback and buzzing that created a minor distraction during the show. Some solo voices were drowned out by the music in certain songs; additionally, the fluctuating volume of the microphones meant that some spoken lines were not heard. In general, I would put emphasis on clear and perhaps slightly slower line delivery, to ensure the audience hears everything. However these criticisms are mostly minor sound issues that do nothing to diminish the excellent vocal capabilities of the cast. The set and props were great and they were used effectively to evoke location, and the cast worked together well to ensure that pieces came on and off in time for smooth scene transitions, all whilst staying in character.

Overall, every single person involved in the production of this show, from the cast to the tech team to the band, should be immensely proud of the hard work they have put in, especially in such a short time frame, and the resulting triumph of a musical that they have created. Performances like these continue to strengthen the glowing reputation of DULOG and the opinion that students at Durham have some of the best theatrical talent around.

DULOG’s production of ‘Legally Blonde: The Musical’ will continue to run until the 22nd June and I highly recommend that if possible, you rush to see this fabulous musical that has everything from fantastic music to adorable real-life dogs onstage. Yes, you read that right, REAL dogs.