Review: I Love You Because 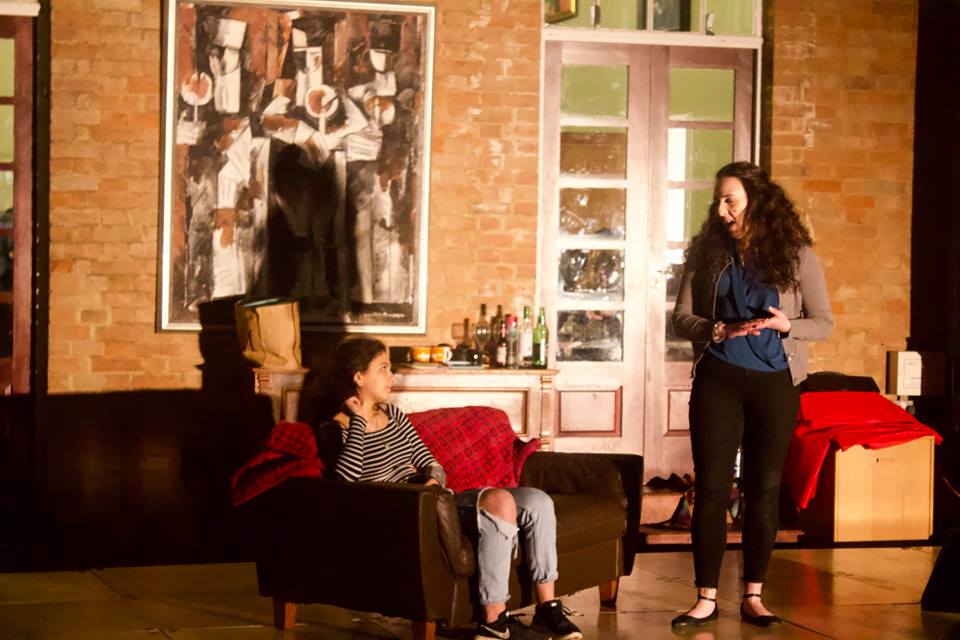 “…lighthearted, easy-going and slightly cheesy (in the best way possible)…”

I Love You Because puts a twist on Pride and Prejudice in modern-day New York, in the ‘cheesiest, most “musical theatre” show you ever did see’ (as Director Isobel Jacobs puts it). Despite retaining some of the outdated gender stereotypes, it provides a fun and heart-warming production with a sweet contemplation on acceptance.

Undoubtedly the highlight of the production was the acting. Ralph Skan’s Austin was delightfully earnest in his portrayal, seeming innocent and naïve in the world of dating, yet towards the end becoming more confident in himself. His and Marcy’s arc was a lovely reminder of Pride and Prejudice in its assertion of loving someone for them and their faults. Skan and Jade Simpkin’s Marcy played this really beautifully, especially in the last song “I Love You Because”.

Although Jeff (Ben Gruenberg) seemed exaggerated in his character at first, he quickly became an audience favourite and a quirky rendition of the funny best friend trope, providing some of the biggest laughs. His comedic chemistry with Emily Hardy’s Diana was also brilliant, in particular “We’re Just Friends”. All of the casts’ performances were strong, but Hardy’s really stood out from the beginning with “The Actuary Song”, as the straightforward, no-nonsense Diana.

It was unfortunate that the talent of the cast was quite often overshadowed by the volume of the music. A large amount of the singing was obscured by it. Although the orchestra were incredibly polished throughout (which was really commendable on the behalf of Musical Director Becky Brookes), effortlessly interlinking transitions from dialogue into each number, amounts of plot were lost by the volume. Although this may have been down to a small technical error, in the beginning it did make it more difficult to become focused on what was happening, although later on this was easier to ignore.

The talent in the musical respect, was strong across all areas though. Simpkin’s voice really carried in her more emotional songs, sometimes musical sequences can feel more like individual performances separate to the production but in Simpkin’s case her strongest character moments came through these. Skan also managed this particularly well. The chorus element of the production must also be remembered here, Brigitte (Katie Sterland) and Danny (Freddie Collings), rather than just being background members, came to the forefront as characters in their own right. It was an interesting twist on the traditional ensemble cast of a production, and the more personal relationship was gratifying for Sterland and Colling’s voices were highlights of the production also.

Although the movement between scenes may have seemed clunky in places, mostly it added to the atmosphere of a constantly moving time-frame in the bustling setting of New York. There was something about it which seemed more casual for it felt as if you were more a part of the characters lives as they moved throughout the narrative. The choreography in this instance, was smart, the use of the space added further to the characters’ lives feeling more accessible and was clearly well-rehearsed. It was upbeat and promoted the cheerful nature of the play.

Altogether light-hearted, easy-going and slightly cheesy (in the best way possible), I Love You Because makes for an entertaining viewing.