As I took my seat, I couldn’t help but be absorbed by the quiet buzz of excitement in the theatre hall. At nearly full capacity, the audience was ready to be dazzled and with that the vibe for the evening was set. 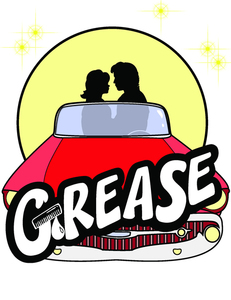 Despite a slightly late start, the show took off with a bang. Very quickly, I became absorbed with the story and the characters, and it was clear that the rest of the audience did so too. With the onset of “Summer Lovin’”, we were transported back to the Rydell High class of ‘59. The students were back at school, fresh after their summer breaks and ready for their final year. Things were shaken up, however, when newcomer Sandy, played by Christie Chan, arrived at Rydell High from Australia only to bump into her summer fling, Danny Zuko (Jesse Chambers) on her first day. The classic tale of love, betrayal and friendship, Grease: The Musical is a story loved by millions. Indeed, IMT had their work cut out and fortunately rose to the challenge.

The T-Birds and Pink Ladies were, as ever, in top form. Despite a few mumbled and slightly rushed lines, the cast as a whole were professional and their hard work shone over and above the minor slip-ups. The characterisation here was particularly strong, with the T-Birds as cool, suave and lovable as ever, and the girls sparkling in their role as the tough and fun-loving Pink Ladies. Extra credit ought to be given to the team for their fantastic costumes, which were incredibly true to the original movie. Unfortunately, the cast’s American accents were at times somewhat questionable, but even when this drifted it did not distract from the performance as a whole. .

The staging was simple, but effective – there was great use of the space and facilities, including the back screen which culd be used to split up the space and change the ambience of the scene. The comedy was, on the whole, well-timed and well-executed by most cast members, and all members appeared well-cast and suited to their roles, especially Niffi Osiyemi’s fabulously feisty, yet sensitive, rendition of Rizzo. A surprising shining star was Victor Chen as Vince Vontaine. Despite taking some of his lines too quickly, his effortlessly smooth, slick and unexpectedly hilarious performance gained him many fans in the audience and a much applause after every appearance.

Vocals were generally strong across the cast, including a consistently flawless performance by Christie Chan as leading lady Sandy. Choreography by Oswald To – who also played the role of Eugene – cast a great, modern spin on the original movie while also maintaining some of the famous moves, including the iconic “Greased Lightning” routine. However, a microphone glitch during this song left the singers mostly unheard, with the audience straining to hear. Although credit should be given to Adam Fairhurst as Kenickie for continuing to power through the song regardless. After the famous “We Go Together” finale, however, with the mic glitch fixed, Kenickie had his time to shine – the second shot at “Greased Lightning” was energetic, fast-paced and the entire audience was swept along with the excitement.

As the lights went down and the story ended, I found myself with a big grin on my face. I had fallen for all the characters, experiencing their ups and downs as the story progressed, which is a real sign of the cast’s success. Director Astrid Pons made sure that Grease lost none of its usual flair and lived up to its name as a classic, feel-good musical.

It’s safe to say that Grease most definitely is still the word.