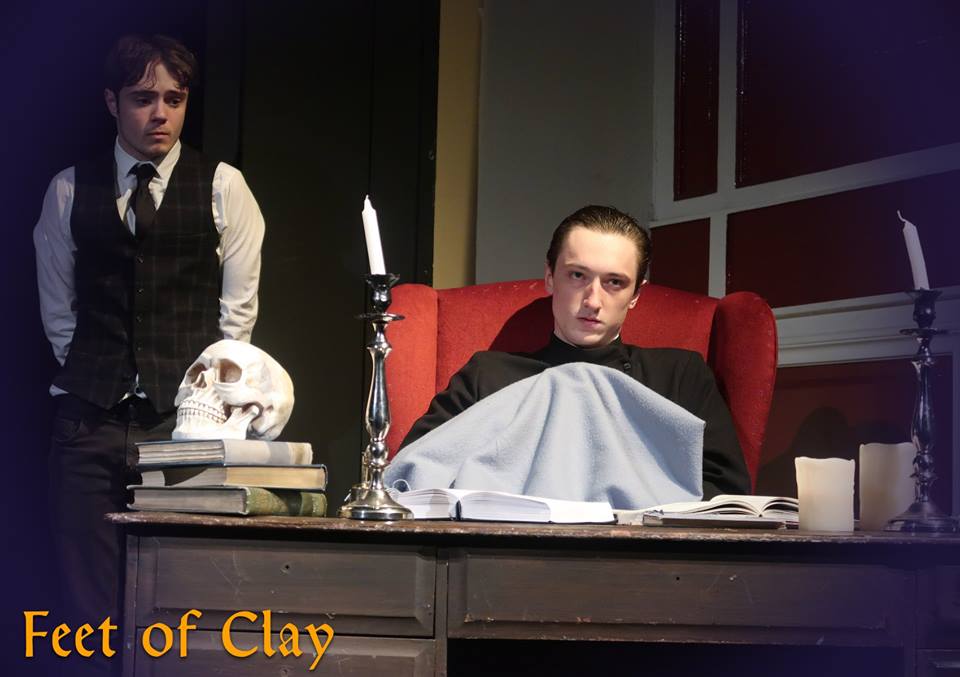 Feet of Clay is the annual Terry Pratchett production from Ooook!, and this year marks the society’s 10th anniversary. With its copious cast and crew (as well as a group of musicians), and a show including vampires, werewolves, dwarves, and giant clay golems, Ooook! have not held back. Although the two storylines (a murder mystery alongside a reflection on the golem slaves’ right to self-determination) can sometimes become slightly murky, the production is lively, entertaining, and full of puns, with some fantastic performances and strong attention to detail.

Uday Duggal did a brilliant job as the exasperated Commander Vimes, whose gruff but good-humoured portrayal, distinctly reminiscent of Columbo, was tremendously expressive. His outburst after the death of innocent townspeople gave a good contrast as one of the more serious moments of the play, and he consistently has great non-verbal communication with the audience. Ruth McTiernan played an entertaining and sufficiently creepy Dragon King of Arms. Her movements (with the nice touch of a riding crop) were well calculated to show the manipulative, confident arrogance of her character, but they were sometimes slightly repetitive or overdone and her scenes could have used a few more moments of stillness. The sombre, pretentious (but very much alive) poisoning victim of Lord Vetinari was a highlight of the play – Kyle Kirkpatrick was very convincing as the sickly, slightly delirious lord, with his expressive, clear commands and tremendous physical comedy. 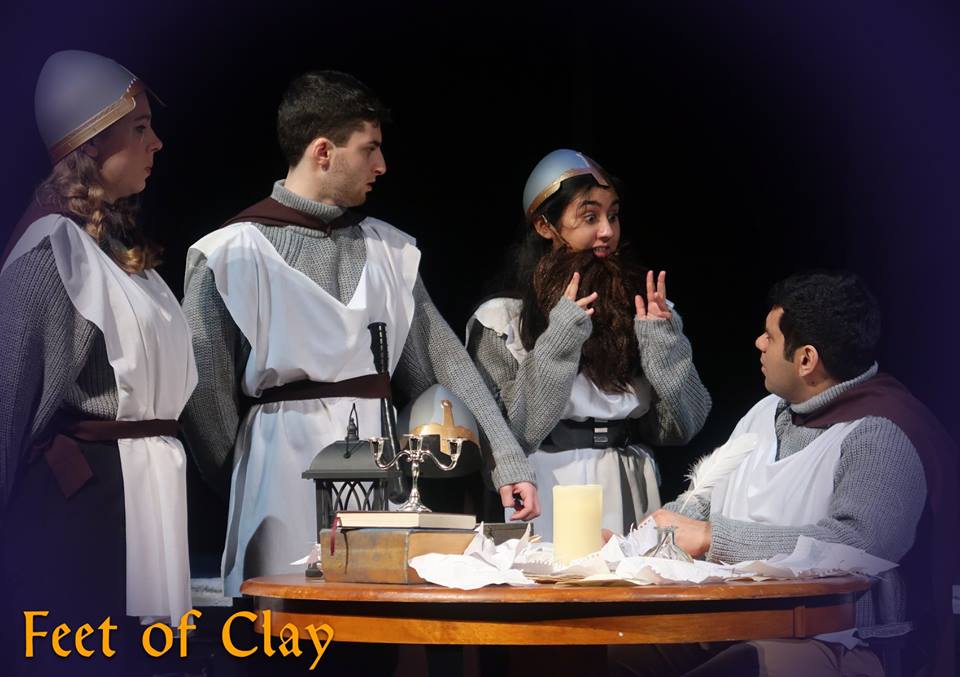 Strong performances also came from Hannah Sanderson as the competent but highly strung Constable Angua and Matthew Lloyd as the shy, hesitant candle maker Arthur Carry. Both gave well measured and varied performances, with good projection and clarity that was sometimes lacking elsewhere. Anjoli Guha played the gormless Nobby with fantastic physicality, but although she put a great deal of humour into the performance she should be aware that some lines did get lost. Iz McGrady, Sammy French, and Layla Chowdhury also stood out with engaging and funny portrayals in what was an animated and varied ensemble.

There were no weak performances, and all of the minor characters had some great moments. I enjoyed the golems’ heavy footsteps and slow, lumbering movements, the brilliant collection of comedic voices, and the excellent general commotion of all the crowd scenes. The cast interacted well with the different characters (in particular the general unease towards the golems, or the patience with Lloyd’s timid, nervous interjections), but there were some moments of awkward staging where some actors were facing away from the audience or blocking other performers.

The music was a great assistance to the atmosphere – in particular the bar scene, I was impressed that it did not dominate over the conversation – although the playing felt a little unsure in the opening scene. The group of musicians didn’t appear as often as I expected, but the musical interludes were a welcome addition (and I loved Patrick Norén’s suit).

The costumes and set design were a strength of the production – it would have been easy for the show to feel amateurish or too much like a pantomime, but Molly Gould must be commended for her attention to detail and for some really impressive costumes (particularly the Dragon King of Arms). There was an effective collection of props and the space of the Assembly Rooms was used well – the cleanest scene changes by far were those that simply involved moving the focus to action on another part of the stage, and Sophie Coulston must be congratulated for making these so slick. Unfortunately, a lot of the scene changes seemed unnecessarily long, which gave uncomfortable interruptions to the flow of the production – I wonder if it would have been possible to use the music or sound cues more at these points. In particular, it was unclear whether the clumsy entrance and movement of the dead body was an intentional joke or simply a mistake – either way it had the potential to be quite funny if it was made more deliberate.

Despite the odd slips, pauses and interruptions, the entire cast embodied their characters with energy, humour and enthusiasm, and Katherine Briggs must be congratulated on directing such a large team to put together a detailed, varied and funny show. Ooook! have presented a silly, self-aware fantasy/murder mystery that manages to avoid seeming unprofessional or messy, and it was a lot of fun to watch.