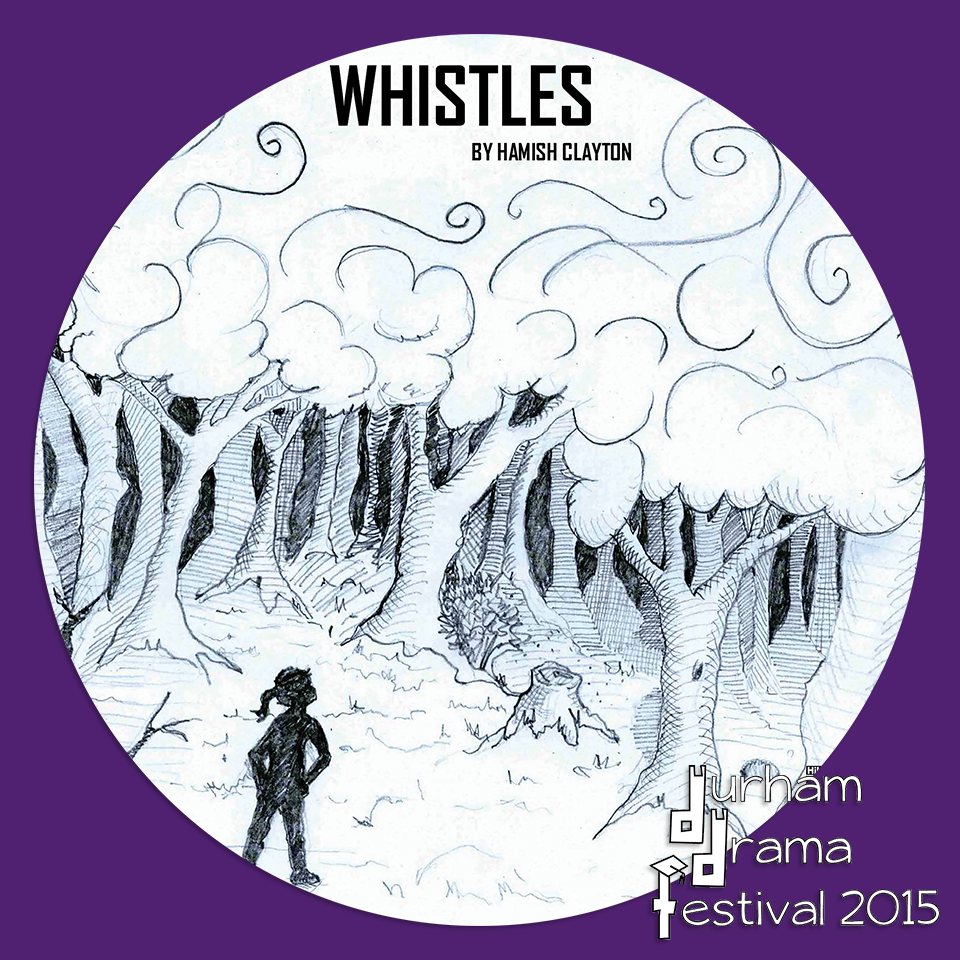 The play started like an Enid Blyton novel, the ‘magic few’ were remarkably similar to the ‘Famous Five’ with their team song and seemingly harmonious group dynamic. The song, which serves as their slogan so to speak, is originally quite annoying – the play seems very stylized and quite cheesy yet it is only in context with the rest of the play that the audience realizes this has been done for purposeful effect. What at first seems like an irritating, simplistic and unsubstantial play becomes something more – relationships change, the mood alters and the song starts becoming an iconic satirical marker rather than something we should take at face value.

The concept itself is an interesting one, and one in keeping with the current trend for dystopia – adolescents are sent off to a so-called ‘garden’, a place that the grownups repeatedly claim is the source of “the best days of your life”. This claim might not be purely ridiculous as it seems to be the only time in which you aren’t living in complete ignorance or emptiness – living is better than emptiness. The emptiness of the grownups is something that resonates in the performance and is something that is enacted very well by the actors – the Mother and Father (Beatrice Mair Vincent and John Halstead) give faultless robotic performances, conjuring images of the Orwellian and raising the question “what is living and what is reality?”

The end of the play is particularly striking and certainly raises more questions than it answers – the whole play attempts to locate the play in some wider sociopolitical context but it is not completely clear what this is. Authority is questioned – we are told not to trust the grownups, not even the ones we are conditioned to trust (‘daddy knows everything”) yet the play doesn’t go as far as to be completely anarchistic. It is a play that is deeply interesting in the way that it deals with the idea of political idea- it is challenging but not overtly so, informative without being only diachronic and preachy. It is undoubtedly clever yet it is a play in which the actors are very conscious of the theatricality of the play and the audience as an entity – the audience are constantly glanced at, which stops them from fully immersing themselves in the drama. 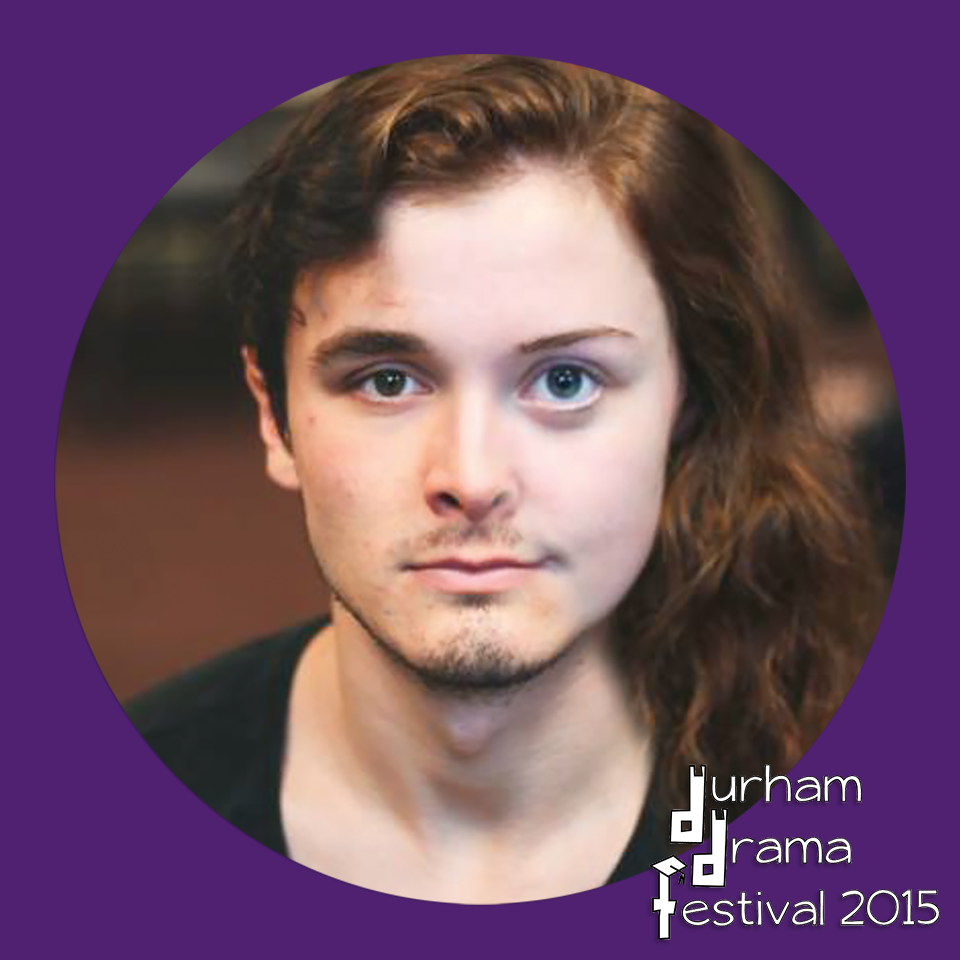 The most instantly recognizable feature of the play is the reversal of gender yet this is not the best or even the most clever feature of the play. The play attempts to challenge gender roles not by condemning other beliefs in a purely diachronic manner but rather through exposing just how bizarre they sound when the roles are reversed. It was quite disconcerting seeing a girl comment that “men are the natural leaders” and that “I think I get a lot more opportunities as a guy”, both comments which are deeply relevant to the way in which we, as university students, regard our future career prospects. Double standards are addressed in a way that although not entirely imaginative was nonetheless effective – Eleanor George’s character was the epitome of the much despised lad culture, yet it could be argued that her presentation reinforced the fact that these ideas were unchangeable norms just as much as it challenged them. Additionally, the choice of song although apt to the play, and acting as a sort of chilling reminder (“Blurred Lines”, “If I was a Boy” and “It’s a Man’s, Man’s Man’s World”) further reinforced the disadvantage and subordination of women. Even calling feminism “the F word” perpetrates a sense that it is a concept which is almost indescribable – something that should be brushed under the carpet and forgotten about. I understand that the play is aiming to be challenging – yet perhaps it doesn’t challenge as much as it reinforces.

Yet as the play progressed, the misogyny began to break down with the character played by Clare Forster gave the most balanced view of gender inequality – ultimately arguing that “I feel like an oppressor by naturally being a man”. The overall message, despite a few lapses, is strong and deeply feminist and is one focused on progress and looking to the future rather than backwards.

The most moving performance of the night came from Luke McCormack who details a time in which he was attacked by a group of men after a night out – it was a moment in which the play changed pace and intensity and a moment when you were forced to stop and think. The whole incident was so deeply shocking to the audience, and it was what I took away from the play – a sense of the evils inequality can truly bring to the world.

The play documents, in part the breakdown of communication and discourse on gender and inequality, the fact that the play begins and ends with the characters absent mindedly texting and that the dialogue is littered with phrases such as “does that make sense”, pauses, stuttering and the word “like”. This naturalistic style of dialogue is honest and ironically presents more clarity – we hang on every word of the cast, it is less like a play, as we would perceive the classical form and more like a heated argument between friends. It is this quality that makes the play so affecting, it is issues that we are all concerned about in a medium that is not only entirely accessible but also very familiar. 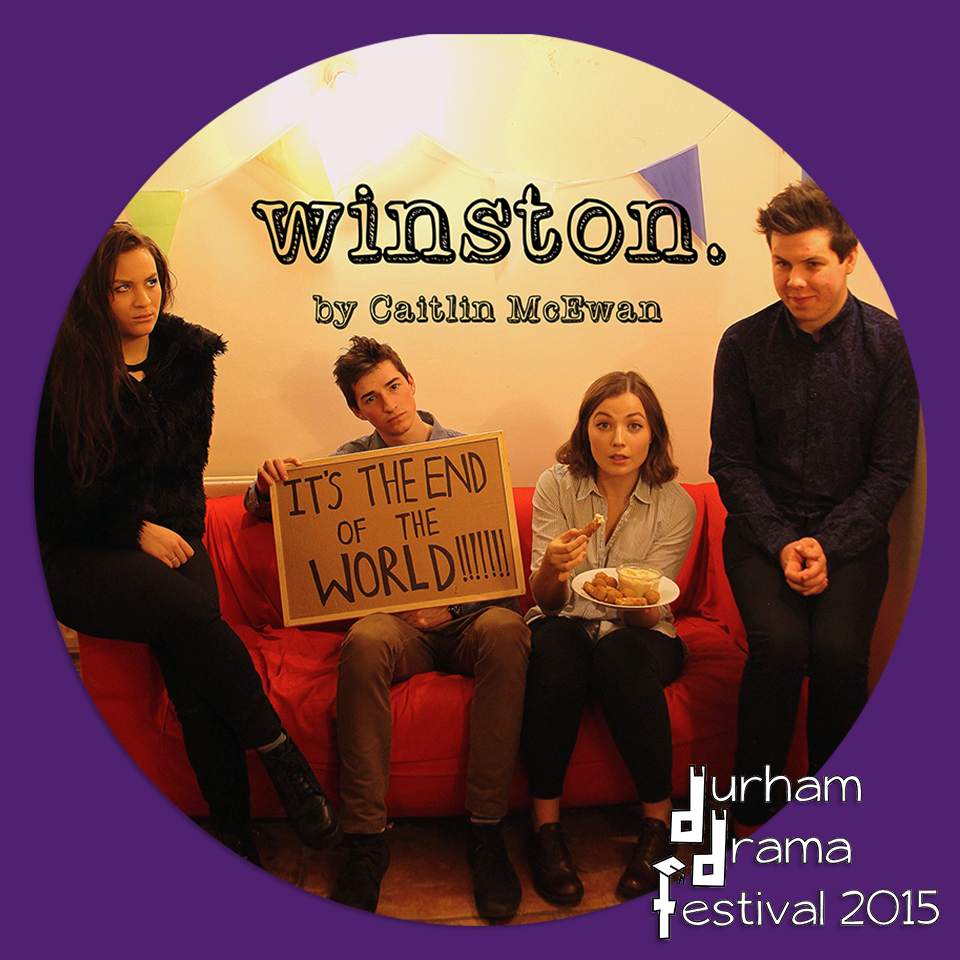 This play could just as easily be called “Waiting for Winston”; it has much of the uncertainty of Beckett’s plot as well as much of the awkward, at times uncomfortable dialogue. The ‘Pinter pause’ is portrayed effectively, and it could be argued that the whole play is modern adaptation of the style- it is not that characters don’t express their feelings but rather that they don’t express their feelings to the person that they are talking about. The most noticeable difference is the effect of the comic character, Wimp, played brilliantly by Dominic McGovern. Wimp simultaneously diffuses tension, evokes sympathy and provides many many laughs. My favourite line of the whole play was based on his naming, when he comments “I prefer to think of myself as cautious but that’s not really as catchy”. McGovern gives, in my opinion, the best performance of the night- staying in character for all the performance and giving an exquisitely rich and amusing portrayal of the ‘underdog character’.

The play is so successful because it blends the comic and the serious- some of the characters are ridiculous but sentiments such as “you’re one tiny voice amongst one hundred others just like yours” resonate with the audience on a deep level – the play is not about four awkward, selfish humans but humanity more broadly. The play is deeply thought provoking, it raises questions of life, death and the control of the state, posing the very topical question “do you know anymore than what the media tell you?” In this way “Winston” is as much of a social criticism as “Whistles” but the dystopia is much a weaker one as it closely resembles our everyday lives. In this way, it is more harrowing – it is a situation that could happen to us, and is portrayed in such a way that it is so utterly believable. A brilliant piece of thought provoking writing and rich characterisation – this is what the Durham Drama Festival is all about.