Review: Death of a Salesman 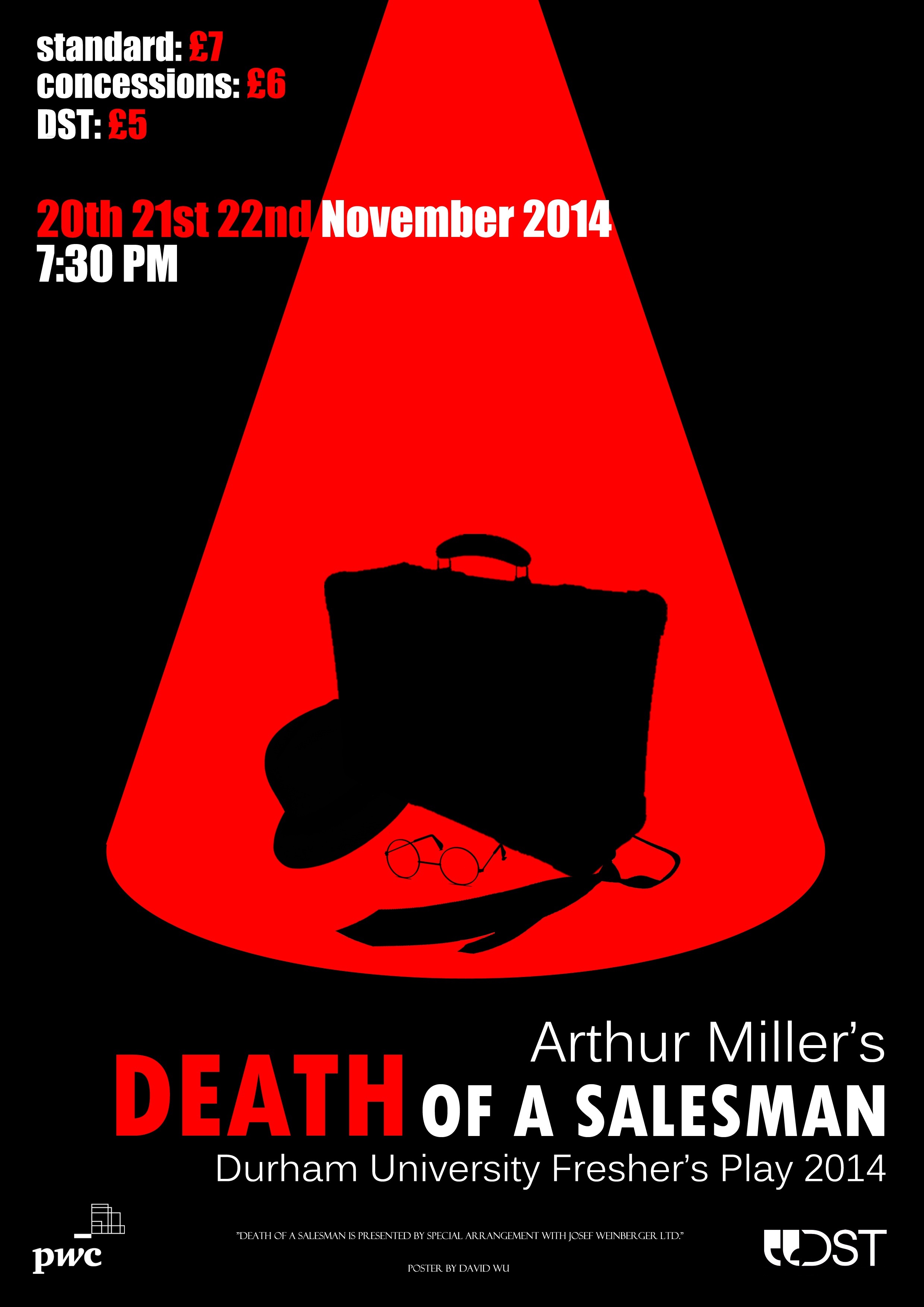 As someone who has lived in America for 6 years, there is nothing that annoys me more than a bad American accent. The unauthentic, over annunciated tones of the faux-American drawl send shivers of indignation down my spine (or at least make me feel mildly irritated). However, in this production, the accents of each character were distinct and believable. Despite minor lapses of accent, to critics of this I’d challenge you to maintain an accent even through screaming and shouting; the play never lost its American context. A particular mention should be given to Emilie Aspeling (The Woman) and Hannah Fisher (Jenny) for the faultless strength of their accents.

The cast reacted well to the usual first night nerves, and whilst the performance wasn’t perfect and the cast would be the first to admit this, what struck me was the raw emotional energy of the performance. The odd forgetting of a line is trivial in comparison to the emotion that the actors managed to evoke. I was transported to a different world, that of 20th century America, and into the inner turmoil of Willy Loman’s mind. For anyone who isn’t familiar with the play, my advice would be to familiarize yourself now. It really deserves its title as one of the most significant pieces of American drama, it combines political, social and emotional turmoil as manifested through the mind of one man, Willy Loman. George Breare needs to be highly praised for his frenzied, oscillating emotions and the way in which he completely commanded the audience’s attention. The audience was enthralled by his psychological progression, the metaphorical journey and the interesting structure that employs both linear narration and flashbacks.

It is highly impressive that Breare managed to simultaneously act the role of the protagonist and the director, with the artistic liberties taken with the text being particularly successful. The choice to end the play (no spoilers, I promise) on such a dramatic note provoked such a powerful reaction from the audience. The ending cemented the message of the play clearly, an ending of complete and utter hopeless and despairing pity and futility. The impact of these scenes was compounded by the work of the technical team, who deserve individual praise for their flawless execution, and more specifically the employment of sound effects. The haunting laugh, symbolizing Loman’s further descent into the depths of his own mind, and the omniscient voice of the work pager, articulate the despair which cannot be verbalized. The manifestations of Loman’s past regrets are paraded in front of us as flashbacks, a form which works exceptionally well at tangibly representing internalised thoughts, It is this aspect of the play which is hardest to imagine when reading the text and is what is brought to life in this performance.

Each character in the play invested emotionally in the performance, with Isabelle Culkin’s interpretation of Linda Loman as a paradoxically vulnerable and strong-willed female character being a particularly interesting re-imagining of the text. The main strength of this performance is that although it uses the script, it doesn’t rely on it, taking the play in its own direction. The play had real energy, and whilst at times this could be regarded as slightly frenzied and perhaps lacking in refinement, it provided total enjoyment for the audience. In my opinion, the test of a good performance is its ability to move an audience and to make them feel real emotional involvement. The one thing that cannot be contested from this play is that it really evokes a response from the audience, which in my opinion is more important than the acute technicalities of theatre, the best drama is natural and authentic, which this play is. If you want to be moved, and you want to question the effect that our society and our conscious has on our present, I’d look no further than this production.