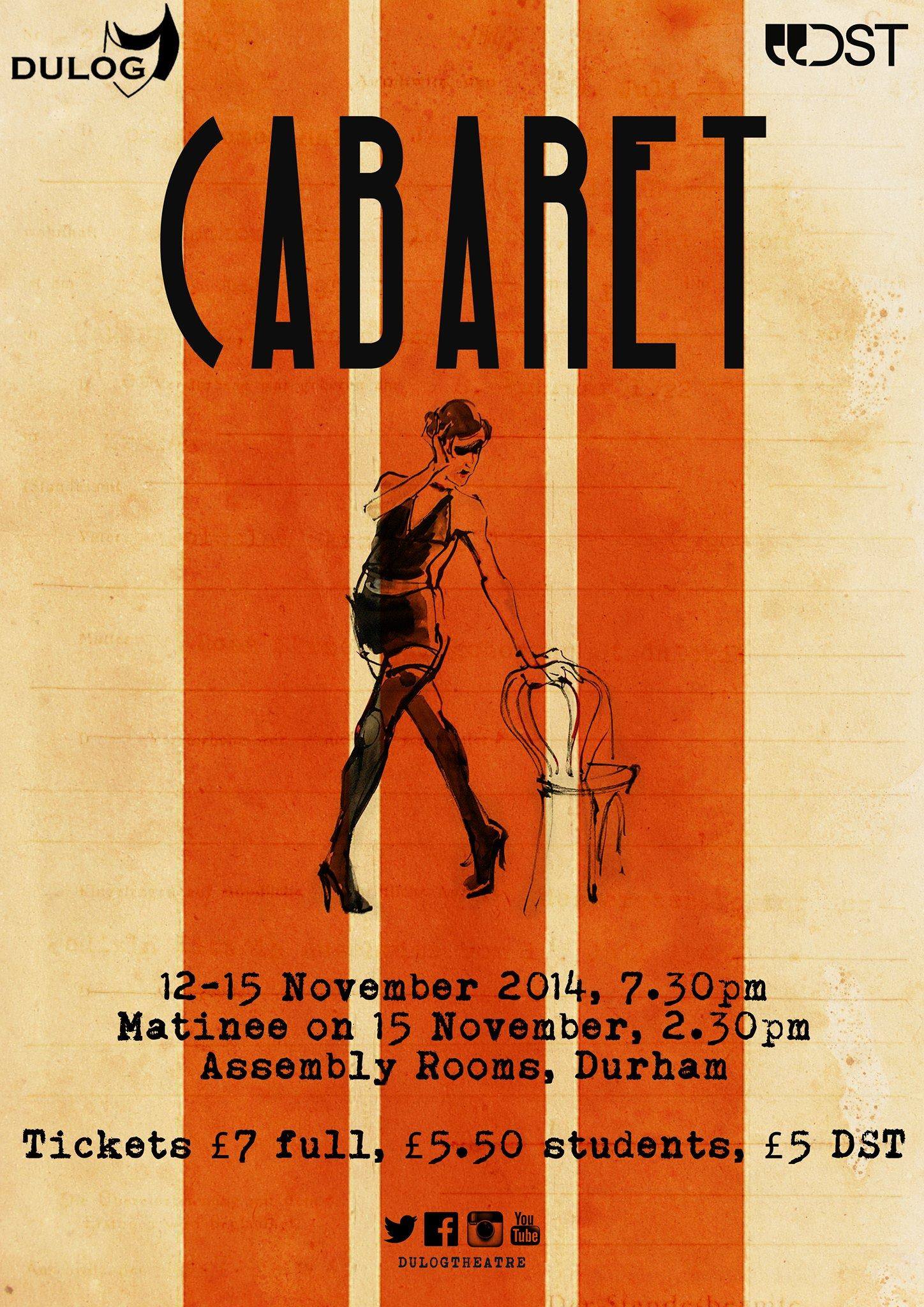 “DULOG have produced a fantastic version of the show, complimented by some truly talented actors and singers”

Entering the theatre, I was greeted by an empty stage, with a raised platform above it bearing the orchestra, all bathed in an eerie red light. This immediately set the scene for the dark and extremely impressive production that followed.

Cabaret tells the story of Cliff Bradshaw, an American novelist who has travelled to Berlin during the rise of Nazism to find inspiration for his next book. Instead he meets the enigmatic Sally Bowles, a performer at the local Kit Kat Klub run by the both terrifying and delightful Emcee. The set is minimal, switching between the dingy club and Cliff’s apartment, and yet this worked to add a run down feel to the environment. By merely using a few chairs and a large chest the Tech crew have managed to create a set that feels extremely fitting and also gives the cast fantastic opportunity to shine. Particularly striking was a string of what looked like fairy lights, hung out over the audience, giving the whole place an even more intimate feel.

The orchestra were also very impressive, with the music always coming through powerfully but never drowning out the actors, instead complimenting them beautifully, creating some really impressive musical numbers especially in the second half of the show.

The actors themselves were phenomenal. Elissa Churchill and Charlie Keable were both outstanding as Sally and Cliff, the former enigmatic from the very start, creating both a hilarious and tragic character in equal parts. Her final number ‘Cabaret’ was both spellbinding and heartbreaking, and Churchill carried the role excellently. Keable was also very strong throughout, especially getting a chance to shine as an actor in the second half when his anger and frustration at those around him really begins to come through.

Mention must also be given to Hugh Train as the Emcee, who absolutely owned the stage whenever he was on it. Even when he was standing in the background at the end of Act One, the audience’s eye was drawn to him, on account of his incredible stage presence. He perfectly encapsulated the utter creepiness of the character, yet there was also something extremely likeable about his portrayal. His rendition of ‘If you Could See Her Through My Eyes’ was a joy to watch, leading up to a striking ending.

Russell Lamb and Clementine Medforth were also excellent throughout, playing an elderly couple whose relationship is ultimately affected by the political situations going on around them, with Medforth’s ‘What Would You Do?’ being another highlight of the play. Joe McWilliam also deserves praise, playing a Nazi entangled in the affairs of Cliff and Sally. Though his German accent slipped ever so slightly occasionally, he brought a sense of easy malevolence to the role, successfully creating a feeling of unease whenever he was onstage.

The chorus girls kept up the feeling of darkness throughout, providing a strong backup for songs at the club. The costumes and choreography were also impressive, making full use of the deep stage at the Assembly Rooms, and overall creating some really vivid moments.

DULOG have produced a fantastic version of the show, complimented by some truly talented actors and singers and some interesting creative choices which have ultimately paid off. Everyone involved should be extremely proud of what they have achieved, and I encourage everyone to buy a ticket now before the run ends.