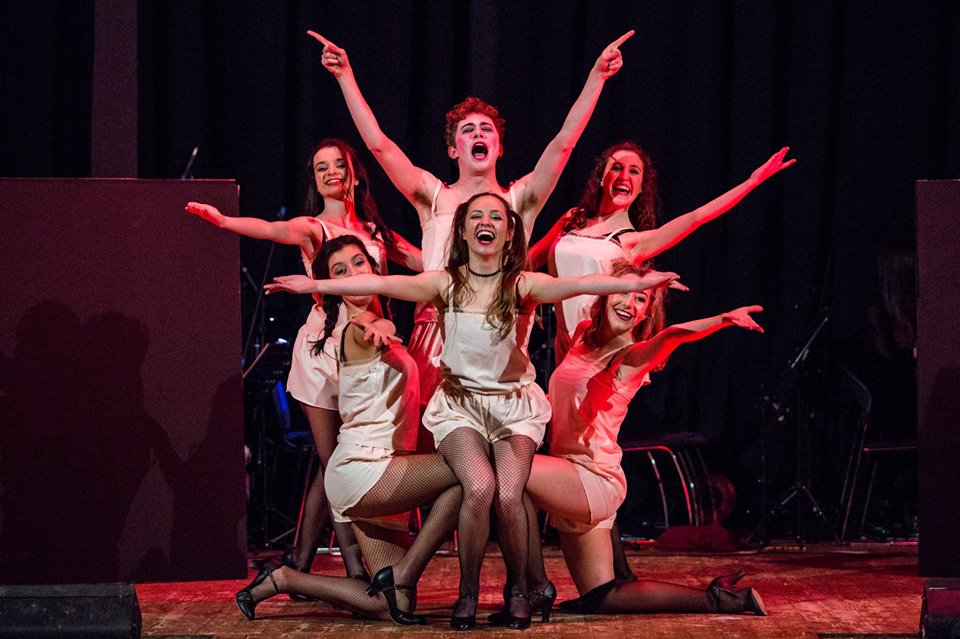 “[…]a politically charged narrative of prejudice, cowardice and loss.”

Starting off as a subtly amusing look into the lives of the characters of Cabaret, what seemed to be an old-school romance unravelled to become a politically charged narrative of prejudice, cowardice and loss.

It takes a lot of confidence to strut out onto a stage (in less clothing that you’re probably used to) in front of your peers, but the cast, especially the Kit Kat Club, seemed to manage it with ease. Theo Holt- Bailey was astoundingly charismatic in the role of Emcee, dipping in and out of the narrative and remaining enigmatic until the very end. He was often a figure of relief on stage, bringing short breaks from an increasingly heavy and emotional narrative. Other standouts included Katie Sterland as Sally Bowles, who was the first character within the primary narrative to really command the stage, incorporating trip-ups into her character and becoming instantly likeable to the audience, and revealing the emotional nuance later on. Whilst Kane Taylor’s Clifford Bradshaw was initially quite a neutral character who the audience was meant to like, the revelation of his cowardice was depicted really well through the direction and acting.

Although the overarching political narrative was permanently in the mind of the audience, what offered the most heart-breaking realism was the relationship between Frau Schneider (Saroja Lily Ratnavel) and Herr Schultz (Elliot Mather). Whilst Ratnavel began as a comedic highlight, along with Rosie Minnitt’s Frau Kost, her relationship at the end of Act One appeared to foreshadow an inevitable tragedy, which was confirmed in Act Two. Mather’s dejected optimism made the decline of his newly found happiness all the more tragic, and Ratnavel’s portrayal gathered similar sympathy for the woman who nearly had everything, but lost because of a political doctrine outside of her control.

It is a testament to Claire Simonis and Isabelle Culkin’s direction that the underlying tension of the fascist regime and the blossoming relationships between the characters grew so subtly together, along with the turnaround of the narrative. Coming into the musical as having no knowledge of the plot, the revelations at the end of Act One, which the audience had only been subtly conscious of at this point, changed the entire tone of Act Two and the revelation of Ernt’s Nazi allegiances did come as a shock. It was so easy to become absorbed by the musical numbers and fun of the production, it made it easy to forget about the context.

Although the production was incredibly strong overall, there were some technical issues with the sound which initially had a detrimental effect on the play. It was hard to hear the characters at some points, and as a result sometimes the comedy of the production didn’t always land. The actors dealt with this really well, but sometimes it was a shame their ability was limited by the live music. The orchestra was good, but not the highlight of the production.

Poignantly, at the end of the play the audience is reminded that whilst we have been distracted from our own lives throughout the show, the characters, whilst momentarily released from theirs through the cabaret, have to go on living in Nazi Germany. Cabaret is a thoroughly entertaining watch, which tricks its audience into an ease of enjoyment, and then hits them with the truth of the time period that the act of cabaret flourished in.