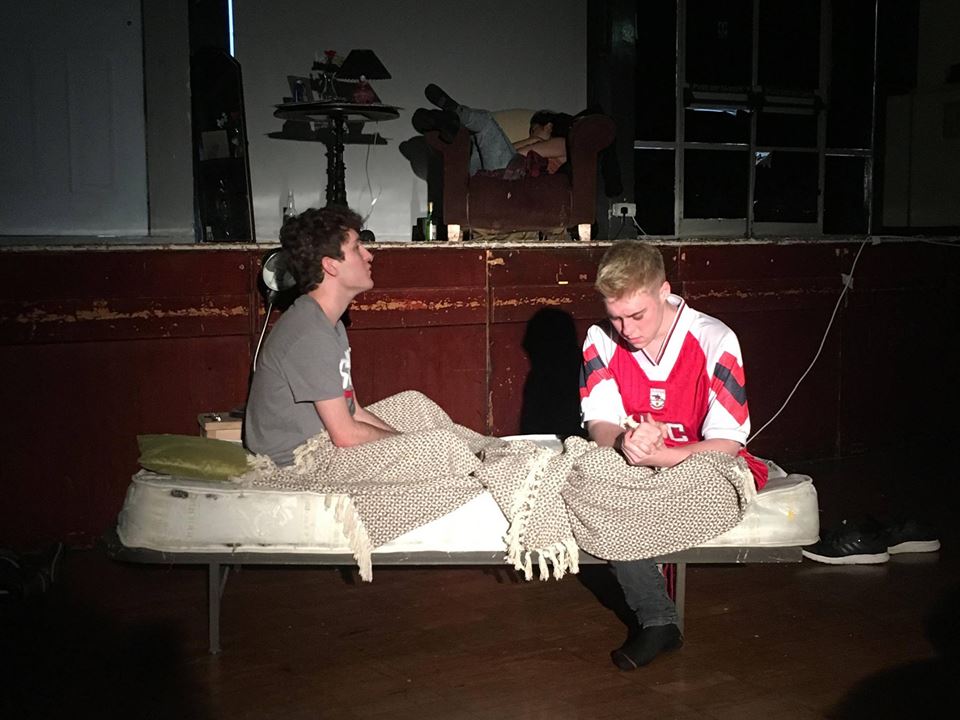 Hild Bede Theatre’s Beautiful Thing offers a funny yet poignant look at the realities of coming-of-age, homosexuality and the value of a community who loves you, even if it isn’t realised.

One of the most heart-warming aspects about the play was the sense of community cohesion between the inhabitants of Jamie’s street. The setup of the stage really made it seem like a tableau of the character’s lives, a peek into what was happening for them at this moment, but it was clear their bond and story would continue on afterwards. We saw the characters’ everyday lives and easy friendship between them all which existed, whether they denied it or not. You saw them move in and out of each other’s lives and how it impacted them. This became more clearly apparent by the end of the play, as Layla Chowdhury’s Leah and Molly Goetzee’s Sandra finally overcame their differences, and it was apparent that they never really had any in the first place.

This sense of mutual love between all of the characters could not have been conveyed without the chemistry between the actors and their performances. In this respect, the relationship between Jamie and Ste was one of the most touching aspects about the play. In the beginning it began seemingly platonically, Ste assuming the role of a typical popular sports guy, who began to rely upon Jamie for more, and it gradually became clear that their bond was not just a friendship. Here, Alex Marshall as Jamie and Adam Evans as Ste really developed the dynamic well throughout their performances, their chemistry and easy conversation made for a really wonderful love story.

Although the ensemble cast were altogether quite strong, Marshall’s performance as Jamie was a particular highlight. He struck a wonderful balance between being comfortable within himself yet uncertain in many other aspects of life, and still managed to deliver much of the humour of the piece. Similarly, Molly Goetzee as Sandra did a remarkable job of inhabiting a middle-aged woman, her presence throughout mostly being one of comfort, even if her relationship with Jamie was shown to be volatile at times.

As people who identify as LGBT+ move further into the mainstream media, the love story depicted could have been any other and that in part was made it such a touching thing to witness. Especially since it was handled so well by the actors and the production team. Although Jamie had a talk with his mother about being gay and Ste had to hide it from his father, the community shown on stage was accepting and humorous about the connection developing between the two main characters. It was a small and nice reminder that although not all people are going to be kind to you, good people can always be found, and comfort and acceptance are always close by.

Although a little rough around the edges, and I think that was the way it was supposed to be, Beautiful Thing makes for a humorous and poignant contemplation on the meaning of community, love and growing up.