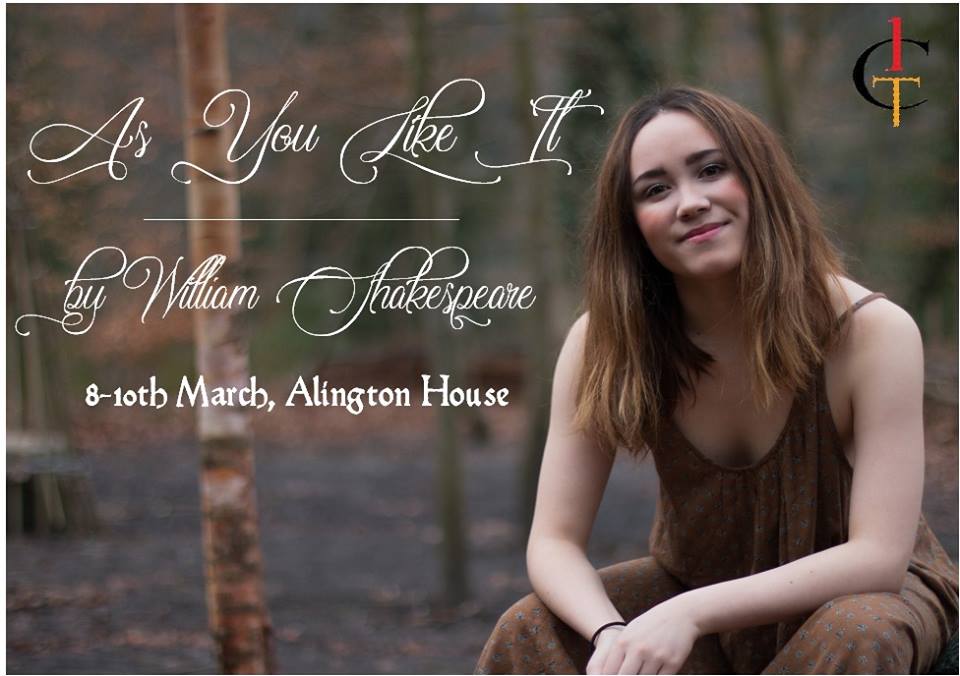 Much of the struggle of writing a theatre review comes from maintaining the precarious balance between constructive criticism and the credit and praise any cast deserves for their dedication to their art. I’m usually semi-prepared for the spectacle I am about to be shown. But today, I had not seen As You Like It, I had not read As You Like It (judge my worthiness as an English student as you will) and I refused to do any research. In this instance I was truly as naïve as the audience. In the end I couldn’t help but feel glad I was; the initial uneasiness I had about writing and reviewing, while lacking any foreknowledge, was replaced with a growing worry to write one of my finest reviews for one of the finest plays I’ve seen yet i.e. it’ll make it onto my shortlist of memorable productions.

As You Like It is a sophisticated comedy about the delights of romance, cunning, gender roles, the human experience and the strengths and weaknesses within us all. I think I covered most themes there (I hope). This was a production that commands your attention, with a strong sense of the cast inhabiting their characters to the point where the character becomes them. But it is Shakespeare; I always tell people, ‘If you’re going to watch any play then you have to be actively engaged. One moment of lapse in concentration and you’ll be lost, especially Shakespeare.’ And this is no different; so, I implore you, go and see this provocative production but don’t wait for the play to get to you, get into the play.

The plot follows as such: Rosalind is the daughter of the banished Duke Senior and now lives under the court of scornful and seething uncle, Duke Fredrick (played with a startling and enigmatic energy by Aliya Gilmore). While watching a wrestling match, Rosalind meets the young man Orlando and they fall in love with each other. Now, after angering her uncle, she too is exiled; but she, being so strong willed, is not defeated. She, accompanied by her more even-tempered cousin Celia (Sophie Cullis), a dopey, quirky, acutely witty fool named Touchstone (Alex Berridge-Dunn) venture to the forest of Arden in search of her father. Under the guise of the male shepherd Ganymede, Rosalind uses her guile, guts and forthright will to cause all types of mischief.

I think what struck me first was the inventive use of the space. It was a small hall, made smaller by the seating but that didn’t stop the production’s immersive nature. Vines hung from the ceilings and walls to give a sense of the forest in which it was mainly set. Also, the decision to use live music to fill the gap between scene transitions was a sound one, often the empty gap between changes can leave too much of a pause for the audience and they get detached from the reality which is being constructed.

I wish to congratulate the cast for a strong powerful performance which was effortlessly amusing, verging upon the ridiculous. The ridiculous I am referring to was the audacious, sassy and slightly disturbing Audrey (Played by the cross-dressing Ben Clark). Much respect to you Mr Clark! I would also like to commend all those who played different characters as each character came on with a different energy, gait, voice, although usually a difficulty, here it was overcome with ease. Indeed, last night was a fitting tribute to International Women’s Day with some fantastically charismatic, audacious and emotionally intelligent young women, playing both typically male and female cast roles. I was in absolute awe of Fionna Monk and Sophie Cullis as the dynamic duo of Rosalind and Celia respectively, their personalities as their characters were complete dichotomies. Celia was a much more mellow and composed Celia with a conserved fire burning within. Monk held nothing to chance with Rosalind, she was fierce, feisty and bold from way before the ready mark. She had a loveable wittiness to her which Celia bounced off quite naturally. Their portrayals were the realest and most realistic I’ve ever seen for a Shakespeare character. John Broadhead as the star-struck lover Orlando shifted between desperate courtly lover, fearsome man of honour and a cynical wit in an effortlessly self-conscious way. I could go on all day with praise to the fearsome boldness of the cast; Meg Lusley as the both scornful and brattish lover Phoebe, Ginny Leigh as the upstanding, regal Duke Senior, all added to this polished production.

I think the highlight for me, a moment that really spoke to me was Jack Palmer’s rendition of the monologue ‘All the world’s the stag’ as the woeful Jaques. It was quite melancholic but inspiring, fluid yet fraught with tension. He had an aspect of stillness which held the audiences, taut with suspense.

My criticism is geared to the opening half of the play. In the second half there was such a uniform rise and fall of the action that the play seemed to climax and find resolve in quite a comfortable fashion. The first half flew to a dramatic peak (in terms of energy and pace) too suddenly and then stayed there for much too long. Find this variation in energy and speed and this is a winning play.

As You Like It is on in Alington House on the North Bailey, Friday 9th March- Saturday 10th March. It is a must see!