Review: All Over Lovely 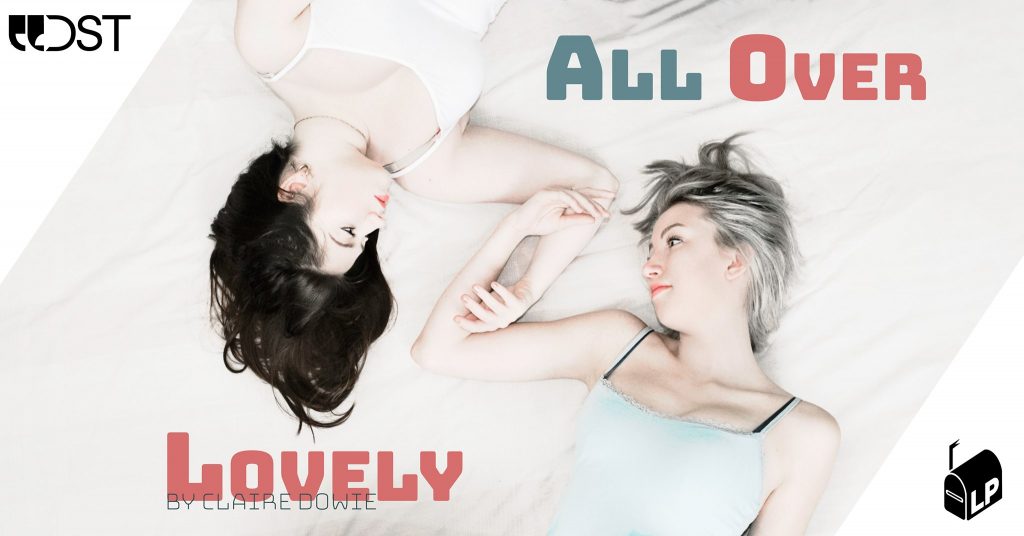 All Over Lovely is a two-character play, yet despite its small cast and relatively short length, it manages to address a range of complex questions surrounding feminism, political lesbianism, and female relationships. A powerful, politically-charged piece of drama, its unabating pace and furious discussion of such topical issues sustain an audience’s attention, and ensure that they leave considering their own opinions and relationship to femininity.

The beginning of the play suggests a conventional narrative: two women reconnect at a funeral after years of not seeing one another. One woman is typically feminine, the other dressed in brown boots and an oversized jacket. Soon, however, it becomes evident that this play is not one to let an audience off lightly, and that things are not nearly as simple as they seem.

A play with such frequent changes of time and tone cannot have been easy to get right, but the production team, led by director Isobel Jacob, have done justice to such a complicated script. With only a suitcase, some funeral clothes and a bright red lipstick to visually aid the performance, the cast had little to hide behind. St John’s Bar, lit by two harsh lamps, was an unconventional but suitable setting for a performance of such an exposed nature – it is unflashy, yet intimate.

Ruth Louis and Gabriella Sills both executed their roles almost flawlessly, both rising to the challenge of a two-character script. It is a demanding script, as well, with little breathing room. Even jokes are charged with a bitter or condescending undertone, a mood which both actresses captured perfectly while still securing some laughs. Sills, in particular, is biting and aloof. Until the middle of the play, she is the very image of a highly-strung businesswoman, in black dress and high heels. When this facade is challenged, Sills captures this change in persona, emotion and tone with a fantastic subtlety.

Louis’ character (both of the women remain unnamed) is more evidently angry. Threatened by her cousin-slash-lover from the age of seven, she is bitter, but also passionate. Louis’ brash and unapologetic portrayal of a woman who refuses to ascribe to a typical ideal of femininity is refreshing, mostly because hers is not an entirely bitter and bolshy performance. Towards the end, she faces the audience as a tear rolls down her cheek. Both actresses capture these subtleties in their characters with impressive flexibility and authenticity.

It is this which is All Over Lovely’s greatest strength. Instead of portraying the rebellious, non-conforming tomboy as the feminist hero, it challenges the binary opposition of women altogether. At times, the characters and their dialogue become almost impossible to differentiate, with the two women sometimes echoing one another. Their relationship complicates this further; love and hate, the personal and the political, are all confused. While the two women claim to be entirely different, these nuances demonstrate that women cannot be so easily categorised or polarised as they traditionally have been, particularly in the media.

No woman is, the play suggests, entirely feminine, nor entirely masculine, or rebellious, or submissive. Women are complex, and their identities are only complicated further by the demands that even feminism places on us. All Over Lovely highlights the politicisation of even the most personal aspects of a woman’s life – relationships, identity, and a woman’s preferred type of microwave all eventually lead to the same questions: What is rebellion? What is feminism? And who decides? When one of the women wonders whether ‘maybe [we] want the same thing,’ the answer to these questions becomes clear. Women may express their freedom in different ways, but ultimately, it is liberation that we all desire.

All Over Lovely is an intense, complex and honest portrayal of the various sides of femininity – not all of which are pretty. It will challenge an audience’s own perceptions of feminism, women, and perhaps love, but it is also immensely validating. There are multiple ways to be a woman, and all of them are correct.