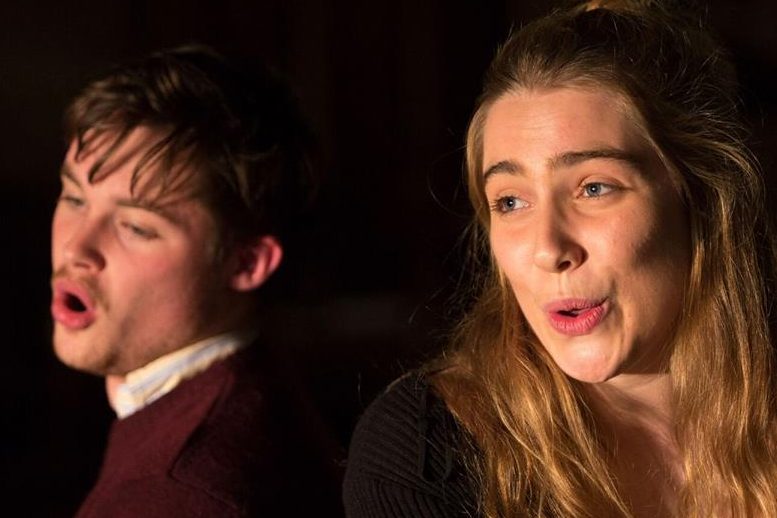 DOE’s A Traveller’s Tale, with Alabama Jackson and Ava Merrell at the helm, ties together different scenes from multiple operas. Making it accessible for every audience member, it has a sweet love story throughout, which falls only slightly short in the second act.

The plot offers a comedic and self-aware take on the ‘gap yah’ trope so many Durham students have surely participated in. Jackson and Merrell’s dialogue manages to make it accessible for all audience members, regardless of whether the audience understood what was being sung in each number. In the case of DOE’s productions, the audience are not as much there for the storyline but rather the opera being performed. It is obvious that the plot isn’t as important, and in the second act this becomes more apparent. Ben and Lily’s angst and subsequent reunion doesn’t quite capture the emotion aimed for and almost feels rushed in an attempt to get to the end. The scenes performed however, are very immersive and so well performed, that it doesn’t detract too much.

As highlights go, Adam Brown’s performance throughout the night was a guaranteed success. His rendition of Toreador from Carmen was a comedic and musical standout. His voice carried the number beautifully, but himself and the cast also managed to make the standoff between them and a bull not as over-the-top as it could have been. It verged on the absurd, but again, it was a self-awareness which gave the production its humour. As a single scene, Lydia Marshall and Hannah Ambrose’s Flower Duet made the second act. Despite not being the biggest or most extravagant number, it was the one which filled the room and besides the relationship at the centre, held the most emotion pull in it.

Although the cast in general were consistently performing well, Russell as an actor particularly stood out. Often in music-orientated performances, the acting element can get lost, but both his and Metherell’s performance tied the show together as the heart of the production.

The direction added an accessible element which kept its audience in the loop. Paralleling Ben and Lily throughout was a nice touch and allowed the audience to see more of the acting ability of both Poppy Metherell and Lewis Russell. Jackson and Merrell’s directing really does need commending in the structuring of the story, how it was choreographed and how they have integrated various scenes from different operas into their storyline.