Review: A Servant to Two Masters 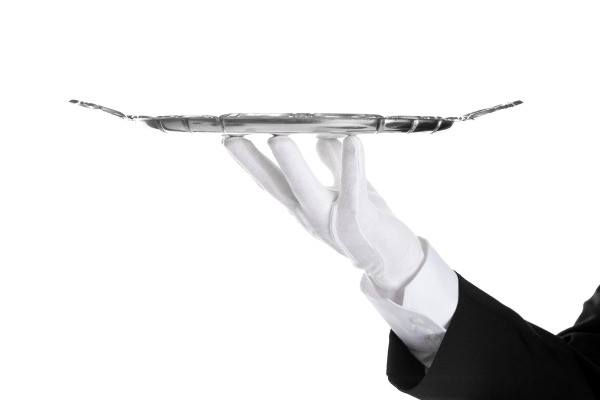 A Servant to Two Masters (resurrected on the West End as One Man, Two Guv’nors) is a commedia dell’arte classic – so farcical that suspension of disbelief is necessary, and with a plethora of hilarious and whacky characters traipsing through the narrative. CTC’s first production of the year, performing in Durham Castle’s Senate Suite, comes at a busy time for DST, with no fewer than seven shows in various venues performing over the course of the week. I was looking forward to this offering from what has historically been one of Durham’s strongest theatre companies, and I was not disappointed.

The effervescent nature of commedia dell’arte really lends itself to the twenties aesthetic, and A Servant to Two Masters is particularly well-suited to the jazz age treatment, with prominent themes of cross-dressing and mistaken identity recalling the era’s forays into adrogyny. The risk with a twenties adaptation, of course, is that a director will prioritise style over substance – just a flapper dress and some pearls do not make for a particularly convincing atmosphere (although, having said that, the costumes here were superb. Clarice’s evening dress and intricate twenties hairstyle were a particular highlight). However, director Jessica Christy has successfully skirted this risk, going above and beyond the call of duty in ensuring her production truly looks the part. Her attention to detail in the wider details of the production was wonderful to observe – I was delighted to be welcomed into the Senate Suite by a live jazz band and an unobtrusive yet obliging butler to point me in the right direction. I also liked Christy’s decision to have all the actors in character from the moment the audience arrived. I find this kind of immersion can often miss the spot in Durham – seeming ill thought-out or incongruous – but Christy struck the balance just right. The characters were charismatic and impressed the audience with their respective personalities without being overbearing. It was a lovely, understated-but-effective introduction to a whirlwind couple of hours of comedy.

The levels of energy displayed in the ‘prologue’ really needed to be maintained throughout the whole piece in order to fully capitalise on the play’s ridiculous storyline, and by and large all the cast members rose well to the challenge. Some performers had the commedia dell’arte style down to a tee and were an absolute joy to watch – Tyler Rainford was a wonderfully dynamic Pantaloon, with a fabulous array of outraged facial expressions and a carefree physicality drawing extra physical comedy out of the bourgeois Mr Parsimoni. Tash Taylor’s Clarice was fantastically melodramatic and hysterical and her many fits of weeping and wailing never stop being hilarious. By contrast, much of the gravitas was provided by the star-crossed lovers Florindo (Tom Harper) and Beatrice (Sarah Slimani), and both Harper and Slimani did a sterling job of juggling the comic and tragic elements of their roles. Slimani’s speech on discovering Florindo’s fate was beautifully delivered and truly moving, totally silencing an audience who had been roaring with laughter only a few minutes previously.

The play pivots on the eponymous ‘servant’, and Dominic McGovern’s hapless Truffaldino was a joy to watch – leaving the audience cringing at his misfortunes at the same time as we admired his ingenuity (and sheer resilience – McGovern literally took quite a beating in the name of theatre here). McGovern has a real gift for winning over an audience and treating us almost as fellow conspirators (essential in such a tiny venue where everything was laid open to scrutiny), and his courtship of Smeraldina (Liv Race) was heartwarming and sweet. The result was that Truffaldino was, despite his misdemeanours, impossible not to like (albeit in a loveable rogue sort of way).

Make no mistake, Castle’s Senate Suite is a stunningly opulent venue, and in terms of enhancing the aesthetic of the piece, Christy has hit the jackpot. However, practically the dimensions of the room slightly inhibited the general energy of the piece. A Servant to Two Masters is an extremely physical piece and I feel that with more space at their disposal, the production could have really amped things up in this department. As it was, these moments of physical comedy felt almost too tightly choreographed to the long, thin stage, and with a lethal looking fireplace and some bulky furniture providing quite obvious obstacles, the actors struggled to evoke the sense of frenzy inherent in, for example, chasing Truffaldino around the room. However, this is not to negate the fact that, for a space not usually intended for theatre, Christy and her team have done an excellent job in adapting the room to their purpose. I was worried that sightlines would be an issue (this reviewer is what may politely be termed ‘vertically challenged’, and found herself at the theatre with a lot of tall people) but this worry proved totally unfounded.

Whilst Durham theatre goers are spoilt for choice this week, A Servant to Two Masters is a gem of a production that I urge you not to overlook. Witty, energetic, heartfelt and fantastically styled, why not explore what’s tucked away in the recesses of Castle this week?