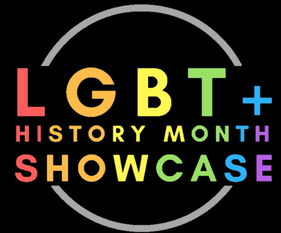 “[…]queerbaiting is for chumps. Fun and dumb with a side of ‘screw you Hollywood’.

With the success of Pitch Productions’ ‘International Women’s Week Showcase’ a couple of years ago we felt that it was about time Durham had an LGBT+ one. We have combined a mixture of some amazing student written work, some historical letters written by famous LGBT+ figures as well as some classic pieces of theatre. The diversity will hopefully reflect the diversity found in our association, where each member of the audience can identify themselves to some extent with one or more pieces. Not only is it a perfect way to celebrate LGBT+ history month but is also a fun and entertaining way to raise money for such a good cause: Galop, the LGBT+ anti-violence charity.

This showcase is my first attempt at directing scripted work, and it has been a lovely project to be involved with. I’m incredibly happy to be part of a collaboration between Pitch Productions and the Association to celebrate LGBT+ History Month. More importantly, I am so excited to bring both current student writing and more historical texts to the stage! The showcase aims to combine the celebration of LGBT+ history (for example through the performance of historical LGBT+ writing) with a celebration of the LGBT+ community today. The student-written pieces are incredible, and the actors involved are all amazingly talented, so come along on Sunday to watch the showcase!

I am so proud to have been a part of this showcase! The whole team, on stage and off are wonderful, and it has been a delight to be involved throughout. LGBT+ history month is such an important celebration of our shared history, and of our pride in the way we choose to identify, all of which we’ve aimed to celebrate. When you look through LGBT+ shows it is easy to get bogged down in sensitive issues, so hopefully with an eclectic mix of student writing and published work as well as clowning and readings, we will have made something that can truly celebrate who we are. We hope you all enjoy it!

Put bluntly, framing is a monologue about the first time I had sex but written for a political purpose. There is, within the world of queer-based theatre, a distinct lack of good, strong, healthy talk about women who love other women. It is a simple historical fact that when women centre themselves around other women, structural forces seek to eradicate their existence. I wanted to write something where that love is celebrated in a clean, simple and (most importantly) real way. It should feel aggressively personal and intrusive, because it is – I wanted it to invite the intrusion, to share the experience. I wanted to add something joyful to the canon of women’s diverse and often sadder experiences that came before me.

I also wrote queerbaiting is for chumps. Fun and dumb with a side of ‘screw you Hollywood’.

Little Flame began as a fantasy-inspired writing prompt. Magic and swordfights, based on a song. I had never heard the song before, and I can’t remember anything about it apart from a chord progression in the bridge, but I listened to it three times, and Flammèche was born. Initially a short story, I adapted it for the stage after a friend expressed interest in directing some of my writing. I write a lot of fantasy, but the length and complicated world-building means I tend to root it in prose rather than attempting fantasy scripts. With this in mind, I have streamlined the original story to allow the director and cast more freedom to develop it in a way that will make sense onstage. I’m very excited that it has been chosen for the showcase and am looking forward to seeing it come together.

I wanted to examine sexuality and religion through the intensity of teenage relationships, and this led me to write the first draft of OUT back in 2016. The full play is too long for a showcase, but I submitted a couple of extracts on the off-chance that the prod team might be looking for something which wasn’t a fully stand-alone piece. The result is a compilation of scenes from Act 1, in which two boys confront their relationship and coming out. We’ve got a strong cast and I hope that people will enjoy watching it as much as I enjoyed writing it.

The ‘LGBT+ History Month Showcase’ is on at 7.30pm, Sunday 25th February at The Assembly Rooms Theatre.
Galop’s website can be found here.