In conversation with: ‘Really, I Haven’t the Foggiest’ 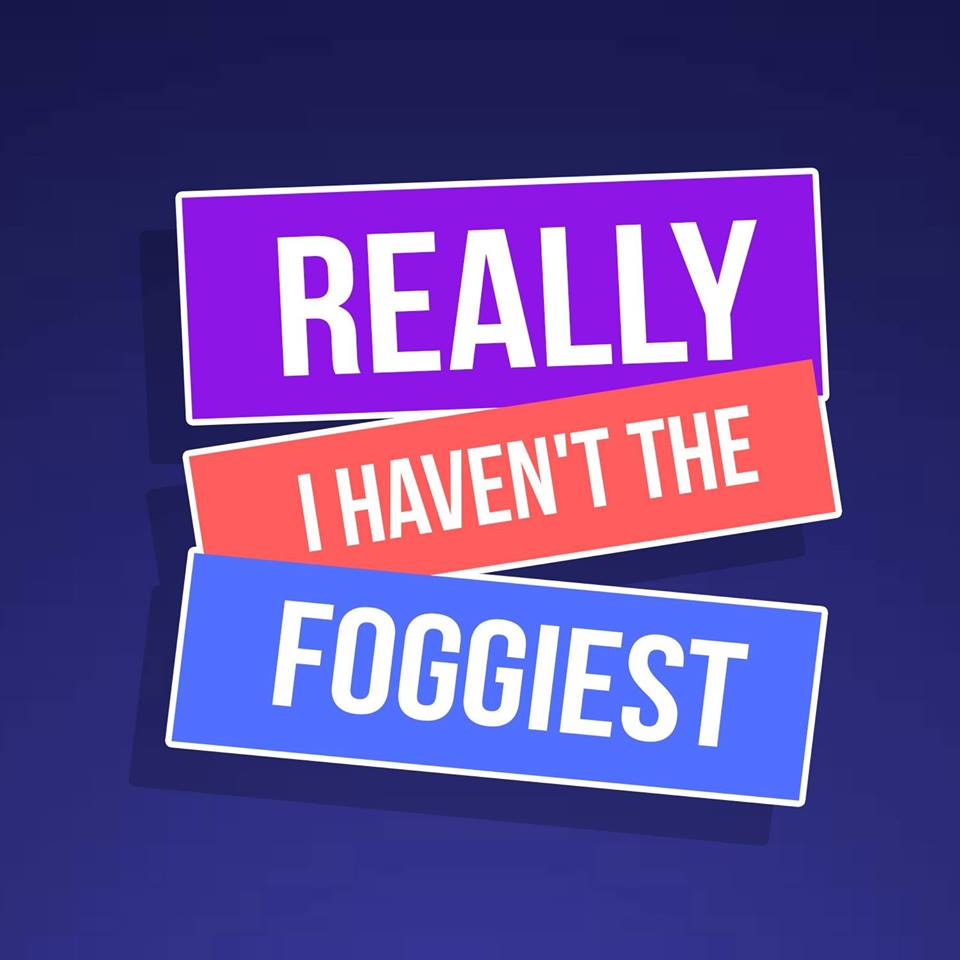 “What I hope to do with this is discuss the gripes of Durham students and student life.”

We sat down with the brains behind Durham’s newest venture, this time into the world of television where they will attempt to traverse the land of student and nation-wide politics, remaining (hopefully) funny all the while.

The Bubble (B): Could you please set the premise of the show for us?
Edward Collier (EC): It’s based off of the BBC Radio Four show I’m Sorry I Haven’t A Clue, it’s kind of a panel show like Mock the Week or Have I Got News For You. We’ve taken the format and we’re really going to cater it to Durham. What I hope to do with this is discuss the gripes of Durham students and student life. You know, the stress, the summatives, the fees, the university, while at the same time doing some really great comedy.

B: Who have you got planned for the show?
EC: We’ve got a great bunch of comedians lined up already, as permanent panellists. We have Luke Maskell from The Durham Revue and Steven Lowes from Shellshock! Obviously, this is going to be improvisational, it’s not going to be totally scripted so you want really good comedians heading the teams.

B: Is it going to be prominent figures from Durham Student Theatre that you’re going to be using for the show or can anyone get involved?
EC: Alongside the other permanent panellists there will be the opportunity for people from the colleges we’ll be shooting at to take part in the show.
Camilla Alexander (CA): We’re searching for people now, they have to have a good presence on the show but we’re looking for people all across the board.

B: Are you hoping to look at political topics within Durham or wider political issues as well?
EC: Yes but it’s more about student life.
CA: Making it funny, making it relatable, touching on some more serious issues but generally about student life in Durham. Hopefully, because it’s going online, people from other universities will get the humour, but it will be about Durham.

B: Are we aiming for a Durfess level of popularity?
CA: If you look at the reason Durfess is so popular, we have a unique situation that’s not been talked about on TV now, young people’s issues and things student go through on a day-to-day basis, you don’t watch that on iPlayer or whatever so that’s what we’re trying to make.

B: There’s a lot of stereotypes about Durham, are you hoping to destabilise these ideas by broadcasting them?
EC: That’s the thing, it’s something that’s never really been done before in Durham. Everyone knows that theatre is really big in Durham.  Film society however, is not very well known, a lot of people don’t even know we have one. Even within the film society we’ve never really done a lot of television projects before.

B: For the people it may not be known to, what kind of film-related projects does the film society take on?
CA: We make a lot of short films and we also do the film festival after exams. We show professional and student films, give awards.
EC: -Which are submitted from all over the world.
CA: Then we do a lot of workshops during that festival, teaching people acting and films skills.
EC: We get a lot of industry professionals down, in previous years we’ve had an Oscar-Winning documentarist come down.
CA: DFS is a lot about letting people playing around with their films, but we also do a lot of output. I do the American Football videos, I produce them, we also film the college balls.
EC: A big part of it is also supporting private projects. A few years ago we did a feature film Redemption which I led.

B: Since you’ve said that the film society isn’t very well-known, would you hope to use this to expand the film society?
EC: Definitely, our new head of TV, Caspar Bayliss, he’s already got other projects planned for the film society, including a sitcom.
CA: There’s more interest in developing TV shows, we’re just the first.

B: How are you going to recreate these shows but also keep them original and unique?
CA: Our host, Tristan Latchford is quite quirky and eccentric, you could say.
EC: Though I think it is the way you design the rounds. It’s a case of Durham-ising it. For example, there’s a new round called The Vice-Chancellor’s Statements which is a fill in the blank round.

B: Is it something you can rehearse for?
EC: We are working out a bit of script, a bit of a bare bones structure of the rounds but we’re not going to rehearse the whole thing. It’ll be a largely improvised performance.

B: Are you trying to build up a dynamic between the permanent panellists?
CA: Exactly, like they normally do on a panel show you know. Faces that people know will always be there and deliver and be funny.
EC: And then of course we want to get the audience involved and get contributions. We just hope people come down to it.

B: Is it going to be college-specific?
EC: Yeah, the first chunk of it will just be about that college.
CA: We’re going to be doing a lot of research about that specific college. We’ll do a lot of research into the in-jokes in that college, who the BNOC’s are and what is being talked about. Then it will encourage people to come and see it, it will be cool to talk about stuff specific to them.

B: That’s great, so say if you were to do it in Hatfield, it would be good to challenge some of the stereotypes surrounding them, or maybe even see if they live up to what people say. Is that what you’d hope to do?

EC: I think it’s just sort of prodding fun, asking ‘why do people hate these people’.
CA: As well, giving people a light, letting them know what’s going on in different colleges and then you maybe don’t hate Hatfield so much if you see and enjoy that episode. Hear what they have to say, but whilst being humorous.

B: What platform will it be going on?
EC: YouTube at the moment, there’s a couple of others that we’re looking at as well.

B: We can see it live as well though?
EC: It’ll be filmed in front of a live audience, it’ll be like any other Durham show, just with a couple of film cameras.

B: Dates and Times?
EC: Wednesday 2nd May. Just after dissertations are in and before exams start. We’re currently hoping to get the Chad’s Quad to get our first performance but we need a couple of days to confirm that. Hopefully we’ll be able to fit a few in during the exam period and then obviously after the exam period. If we can get a solid foundation of four or five episodes this year, then next year we could start developing it more.

The first performance of ‘Really, I Haven’t the Foggiest’ will be on 2nd June in Leech Hall, St John’s at 7.30pm. Tickets will be sold on the door.