In conversation with: ‘Aaron’ 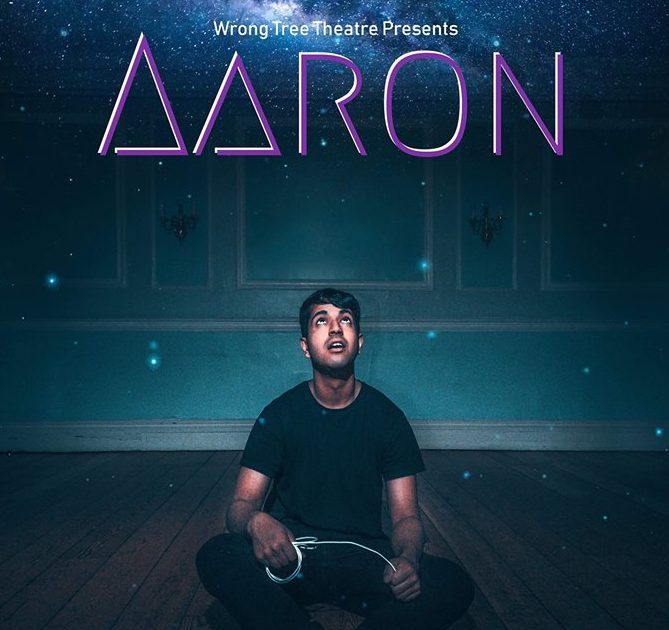 Wrong Tree Theatre brings Aaron to Durham Festival of the Arts, a play focusing on a boy with Prader-Willi syndrome and the decision of whether he should live independently or move into a care home. Claiming that they ‘genuinely don’t think there’s ever been a play like this before in Durham’ and unlike traditional DST it forces the viewers to be ‘active’ in their viewing, the cast and crew discuss the personal place ‘Aaron’ has come from, why the play is important and what they want the audience to take away from the show.

The Bubble (B): Why is this play important to you and why do you think it’s important for other people to see it?

Florence Petrie (FP): So this play is based on my brother, I felt like growing up it was always difficult to get people to understand Prader-Willi syndrome (PWS). When I would say things like ‘he can’t live with us anymore he’s leaving’, they would tell me he’s got special needs you should be looking after him, and eventually I stopped talking about him because people just wouldn’t understand. There’s a lot of programmes in the media, autism especially, such as The Curious Incident of the Dog in the Night-Time and recently there was a production by the BBC called ‘The A Word’. There is nothing about other conditions. There’s a massive variety of disability out there that no-one knows about, and I thought seeing as I’ve got such a close relationship to Prada-Willi syndrome, it would be interesting to put a play on. I knew it was going to be difficult, but it was the opportunity to show people what it can really be like.

B: Are you trying to open it to the family’s perspective? Would you want to create a debate about how much responsibility they should be taking on?

FP: I’m sure the audience will go away like why didn’t the family do more? Obviously within fifty minutes it’s difficult to put all this experience in. We moved around a lot and my brother is also slightly autistic, so when we moved his behaviour would become worse. We were living in Africa on a compound and you just couldn’t get away, so obviously none of that’s been put in the show.

B: Have you tried to open it to a wider range of perspective or is it specific to your experience?

FP: I guess it would have to be specific to my experience, because unless you’ve got family with special needs you’re not going to know what it’s like. You’re not going to know the struggle day-to-day and how monotonous life can get. Breakfast is at 8.30 and we’re all going to have a bowl of cereal because if we have anything else my brother will kick off about it.

B: Have you tried to be sensitive to the fact that there are other experiences?
Mo Hafeez (MH): I think we have tried to balance the process. When people with PWS turn 18, they get that choice of staying with their family or living independently. Even though it is an emotional play, if it wasn’t it wouldn’t be a true testament to what it actually is. There’s some serious consequences for whatever choice is made, although we do play up the benefits to show that it’s not always doom and gloom all the time.
FP: Also the way Mo plays Aaron is not like my brother. I’ve met other PWS kids and they’re at college, but my brother can’t do that, his is a worse variety. It’s trying to get all those mixtures in, because I don’t want to be like this is what the disability is for everybody, because it isn’t.
Catherine Wright (CW): I think that’s the reality of disability and I think Flo finds a good balance. The play raises some really good points and I hope the audience walks out thinking more about how you can’t judge. Everyone’s different and whilst it’s tailored to personal experience it does talk about wider issues.

B: How have you tried to be sensitive to the experience within your roles?

MH: Definitely at the beginning I wasn’t really sure where the line was, obviously you need to be sensitive about it but you need to make it clear that the character I’m playing has PWS.
Iz McGrady (IM): I multi-role as a girl with PWS as well. I had to be careful not to overdo it as to be mocking. Flo was like they would do more than that, they would shout more than that. You have to remind yourself that it’s okay to shout, it’s okay to push it and push it then be told to come back. This is why devising is such a good form of making a play. I think if you had a script you wouldn’t understand it as much, whereas if you’re making it yourself then you’re kind of rooting it in experience and building words. From that then you get a much better understanding of the character. I think it’s helped all of us in finding balance in it.

B: Do you not think the play would have been what it was if you hadn’t had used physical theatre?

FP: I’m really glad it happened the way it has because there’s so many bits that I definitely could not have come up with by myself. We all adapted it to make it more accessible. When people were writing things there was a tendency to make things more “autistic”. It was more like getting everyone to learn and making sure they understood it. Physical theatre has helped show the abstract nature of it, we can show a naturalistic scene and do some movement to show what words can’t say. It shows the interior world of Aaron, because otherwise you do just see the exterior perception of someone with a disability.

B: Was it important to you that you were the one who directed it?

FP: Yeah because no-one else would understand it. It was only through our workshops that I got our cast to understand the obsession with food and I could see that it was such a breakthrough.

B: Would you be hoping to normalise it?

FP: No, because I don’t think everybody’s gone through this. I remember being younger and looking at other families, without children with special needs, and being so jealous because their lives were so easy and mine wasn’t. I don’t think it is normal because it has really impacted my life. When I wrote this play, the main decision in this play is what they’re going to do in the future, and that is the decision my family were making. What other people go through things like that?
Hiba Benhamed (HB): I think the other point is that there’s more than that. There’s a wide kind of spectrum and disorders that you don’t hear about, and in that sense you might want to normalise it, there’s so much more out there.

B: In the sense that when people hear he has a syndrome they immediately talk down to him, would you intend to normalise that?
FP: I guess so. That’s quite a difficult scene to talk about. It’s more the fact that this guy who is his social worker, who is meant to help him with his future and yet he literally knows nothing about his syndrome. The government just don’t seem to know. It is maybe like take a step back to evaluate what the problem is before you just put your own assumptions on it.

B: What is the main point of the play?

IM: There’s quite a few. There’s not a main trajectory of the moral you’re meant to come away with, it’s more of a discussion
Patrick C: There’s quite a few questions but we’re not necessarily going to answer them. Even being in it you start to question.
HB: The whole play you ask what do you do, but at the end of the play you don’t really know.
FP: It’s all just kind of what ifs.
Patrick C: It’s more of just a tableau of what life is like in that situation. Obviously, there is a main theme and building up to choosing but it’s more just everyday life.
HB: It’s like an insight into a world you don’t know. Here’s a world that exists.