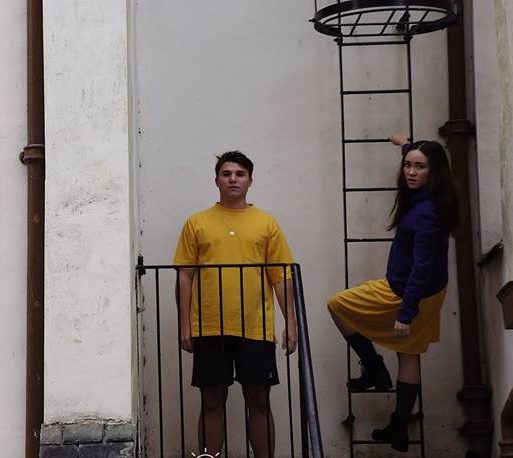 When deciding which play to choose for my directorial debut, I wanted to find something that spoke to the current international climate, and something that focused on who we are as people – something that commented on one of the (sadly) defining features of our society. Terrorism is everywhere – from foreign lands to our own front doorstep, and it constantly forces us to question our own humanity. Us/Them goes straight for the heart of this discussion. This play takes a step back and shows us the real-life effects of our fight for freedom and peace – the effects on children, the most vulnerable of us all. Us/Them shows us that in today’s world, it is simply accepted that children may have to face the incomprehensible. They are forced to process acts that are so cruel and violent, they are deemed to be restricted by the label: adult topic. But they are not. Terrorism affects us all – regardless of age, sex, gender, location or ethnicity. How have we allowed this to happen?

The Beslan school siege and massacre is overwhelmingly tragic, and now rarely remembered. Have we become so desensitised to the terrors of the world, that 350 people dying in a school bombing has not created any kind of legacy or change? In this current climate, a young child being shot in a school in the USA did not even make the top 10 news stories of that state. We have blindly come to accept that terror is the status quo – and I believe this play highlights that truth.

Romilly and Fionna have worked tirelessly to portray this in the play. Using physical theatre and naturalism hand-in-hand; they have exposed the harsh reality that children are not really treated as children in these scenarios – they are forced to experience these incidences from an objective viewpoint. I wanted to show the audience that the children are being deprived of their childhood, because they have had to grow-up attempting to comprehend the mess created by our failings.

This play requires an immense technical presence. After seeing the play performed at the Edinburgh Fringe Festival, I understood this from the outset. The use of chalk to map out the school is vital, as it is coupled with the ‘playtime’ element of this production to show that the children are processing terrorism in the only way they know how. The use of balloons and string to denote the bombs and their wires shows us the callousness of the incident, as children are literally being put on the front line to face evil in their earliest and most formative years. I congratulate and thank the production team for their outstanding commitment and delivery of the technical aspects of Us/Them. In bringing the story to life, they have enhanced the audience’s experience in a way that is so crucial to this play; they have well and truly ‘nailed it’.

Devising the physical theatre was something of great importance to me. The slickness that comes from the movement provided a steep contrast to the mania and frenzy that is experienced by the children. I sought to create a dystopic reality where child’s play and terrorism seem to walk hand in hand – and I hope this was portrayed throughout.

I hope the audience come away with a more nuanced outlook on terrorism. It is not all freedom fighters and armed militants, or even adults, who are experiencing this battle on the front line, it is everyone – including children. Above all, I hope the audience enjoys the play as much as I have enjoyed the process. It has been quite a learning curve for me – and undoubtedly one of the most rewarding experiences in my drama career so far.