Director’s Note: The IT Crowd 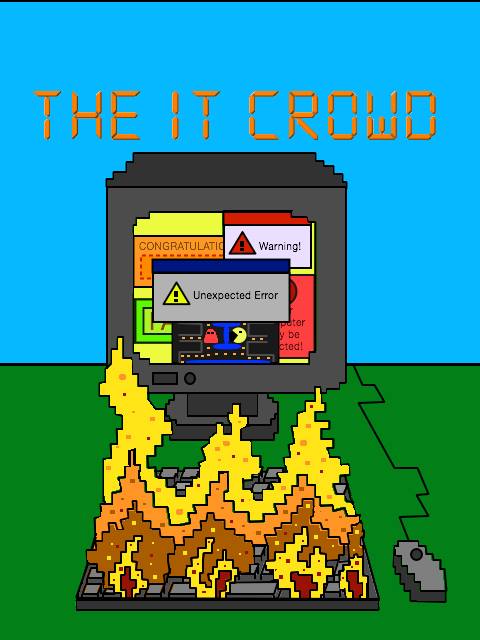 “The I.T. Crowd completely bucked this trend and reaffirmed that traditional sitcoms could still be hilarious and incredibly successful.”

My first encounter with The IT Crowd was at a friend’s house where they introduced me to the show with the iconic “I’m disabled” episode. A binge of the series quickly followed, and it soon established itself as one of my favourite sitcoms. In a post-The Office British comedy landscape, traditional sitcoms with laugh tracks and heightened characterisation were being eschewed in favour of the cringe-inducing “mockumentary” style that Gervais and co. had pioneered. The I.T. Crowd completely bucked this trend and reaffirmed that traditional sitcoms could still be hilarious and incredibly successful.

Given Graham Linehan’s previous work on Father Ted and the cult hit Black Books, The IT Crowd’s success is perhaps unsurprising. However, I doubt that even he could have predicted the impact that his show would make, leaving an indelible mark on the national comedy consciousness and propelling the likes of Richard Ayoade and Chris O’Dowd to Hollywood stardom. Undoubtedly the chief contributor to the show’s popularity is its array of memorable and unique characters such as Jen, Moss, Roy and Denholm Reynholm. Our cast has really risen to the challenge of trying to emulate these iconic performances without resorting to mere impersonation and have been supported by a fabulous group of ensemble actors who bring real comic variety to each episode.

Unlike Linehan’s other hit sitcom, Father Ted, which has recently been adapted into a musical, no stage version of The I.T. Crowd currently exists. As a consequence the structure of our show will be somewhat unusual for DST-regulars. We will present 4 episodes from Series 1 of The I.T. Crowd, with a quick 5 minute break between each one rather than a traditional 15 minute interval. It also means that to our knowledge, the show you will see tonight is a THEATRICAL WORLD PREMIERE! How exciting. Mr Linehan is clearly a very generous man in addition to being a very talented man, for he has provided us with the rights for this THEATRICAL WORLD PREMIERE free of charge, meaning that even more money can go towards our fantastic charity: Computer Aid, which strives to reduce global technological inequalities.

Tight schedules are hardly a rarity in DST productions, but this show’s proximity to exam season means that we have had barely two weeks to pull it all together. I would like to thank my fantastically talented and committed production team, technical team and cast, who have done so well to create what I’m confident will be a hilarious and memorable show in such a short time period. Finally, if you will indulge a brief moment of solipsism, this is my 19th and final DST show, and my 5th and final Ooook! Productions show, so I would like to thank everyone I’ve worked with and all of the dear friends I’ve made along the way. You have made my time in student theatre probably the most enjoyable and life-changing experience I’ve ever had. Well that’s quite enough of that, enjoy the show!

The IT Crowd is on at 7.30pm, Thursday 7th June- Saturday 9th June, at The Assembly Rooms Theatre.