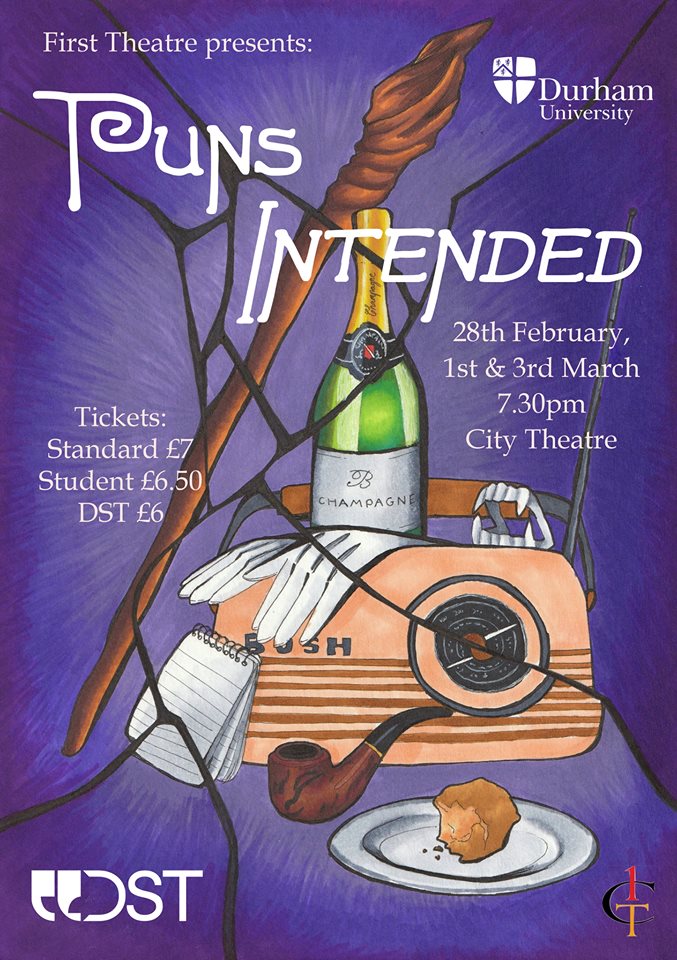 “I’d much rather watch my characters develop their own story.”

Art is all about matches. Puns Intended. When I write, all my inspiration comes from the characters and how they work in the constellation I put them in. Sometimes they stick to my expectations, sometimes they don’t. I’m not an omniscient narrator, I’d much rather watch my characters develop their own story. Sometimes I make a move, but it is always for them to decide their counter-move. Puns Intended very much developed out of the comedy in having characters from different eras and backgrounds clash. It is simply impossible to take a play seriously which puts Dracula, Gandalf, Gatsby, a Siren and Sherlock Holmes on stage at the same time. However, it all started with the mission I had for a Shakespeare Character who oscillated between Hamlet and Jacques…

I’ve been writing and directing films for a few years now, and I have always been fascinated with the alignment of reality and fiction in acting. Since I spent so much time with my characters, I suddenly found myself wondering what they must think of me, who puts them in weird situations, of the story I placed them in, and of the audience who has a hundred different views of them at once. What do characters do when I’m not writing or filming them? What do they think of their actors? What do they really want?

These ideas very much reminded me of some of Hamlet’s and Jacques’s soliloquies, so I decided to give them to a character who was comprised of the two. It soon became clear that no solution could be found without other famous characters who had inspired me. Enter Gatsby. Enter Gwendolen Fairfax. Enter Gandalf. But as I watched the characters make me laugh, this mission slowly became the second most important thing when Sherlock Holmes saw through my plan. He knows me too well. I can never follow a plot I’ve previously set up. My characters always want to break out. And this time I let them.

When we cast the roles, I was surprised at how uncannily close the actors’ performances were to how I had imagined the characters. Characters with a long reception history are always picky. But I think I can go as far to say the characters grew to like the actors as much as the other way around. I was especially happy to see my actors develop characters’ traits as the rehearsals progressed, having me in stitches I never knew the characters could wield. The play became a communal celebration, rather than me playing puck by myself. It was a blast seeing reality and fiction blur as Dracula started lisping outside of his lines, as Holmes cut his locks to fit under the deerstalker, and as the waitress’s actress turned out to be a waitress and actress.

All in all, I think the characters were most surprised that their complaints about their actors in Puns Intended were slightly unjustified, seeing how well they treated them. Alas, it had to be a comedy, so badly criticised they all must be. Shakespearean still induces me to write blank verse sometimes. I know Gatsby finds it depressing. But I think it’s only fair my characters have just as firm a hold on me as I on them. And soon we shall see how firm their hold on the audience will be. I really have to stop rhyming. And intending puns. Or is that what my characters want? Is that what you want?

Come and see Puns Intended, and prepare to witness the ultimate downfall of the fourth wall! If you dare…

Puns Intended is on at 19.30, 28th February-3rd March at Durham City Theatre.