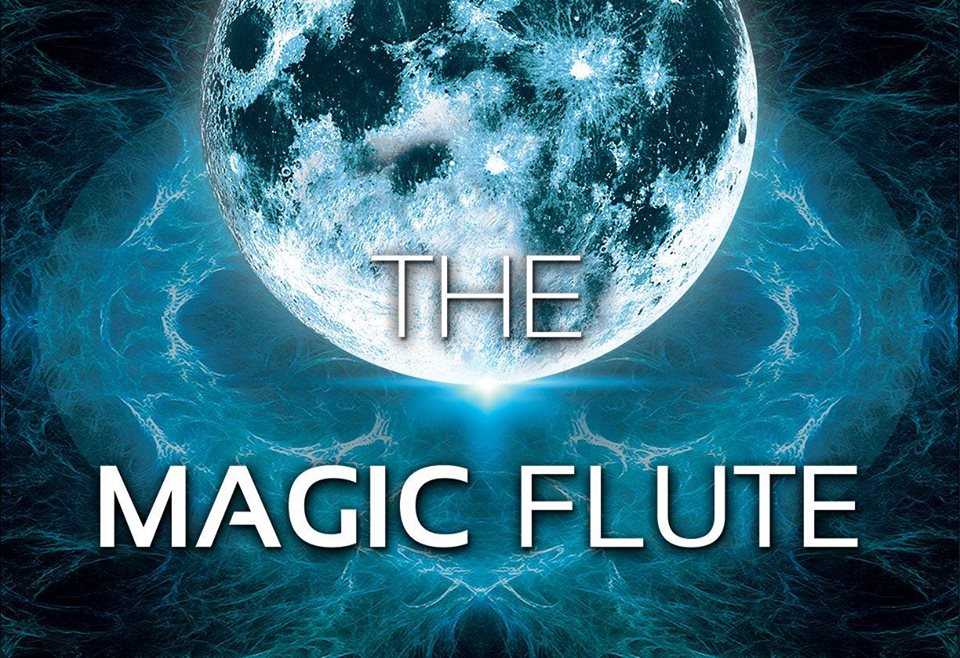 “…this masterpiece has been significant since its debut performance.”

This production of The Magic Flute is set in the modern day for a multitude of reasons. The themes explored in this opera – notably the search for love and wisdom – are just as relevant today as they were in 1791 when it was first written, so I wanted to explore the same themes in a contemporary setting to accentuate their significance. Not only this, but there is an emphasis within the convoluted story on the power of music, depicted by the eponymous Flute.

Despite being a modern production, I have decided to use an old-fashioned flute as opposed to a contemporary one. Amidst the modern aesthetic and frequent use of technology, the flute (signifying Mozart’s magical music as an aid and salvation in times of trouble) being an old wooden flauti highlights how this masterpiece has been significant since its debut performance.

Finally, by using video footage, animations, and a contemporary setting, I hope to highlight that opera is not a ‘dying art’ designed only for the elite and the rich to enjoy. It is a highly relevant art form accessible to all, across all ages and time periods.

The process of putting this opera together has been extremely challenging. Coordinating not only the music and the on-stage acting, but also the animations and video footage has proved to be quite difficult for everyone involved. We have had to ensure that tempos used in rehearsals are exactly the same as the tempo that will be used in the actual performance, in order for the specific animations (created by Lewis Martin) and the pre-recorded video footage (filmed by Tristan Ashley) to work perfectly on the night.

Obviously, this has been a huge challenge, but I hope that the audience will be absorbed into the world of The Magic Flute due to the extensive technological effort that has gone into this, alongside the excellent singing and acting from our cast.

This has by far been the toughest opera I have been involved with in my university experience, but also the most rewarding. The performances will be truly magical, and I am hopeful that everyone’s ferocious effort into bringing my ideas to life will exceed expectations.