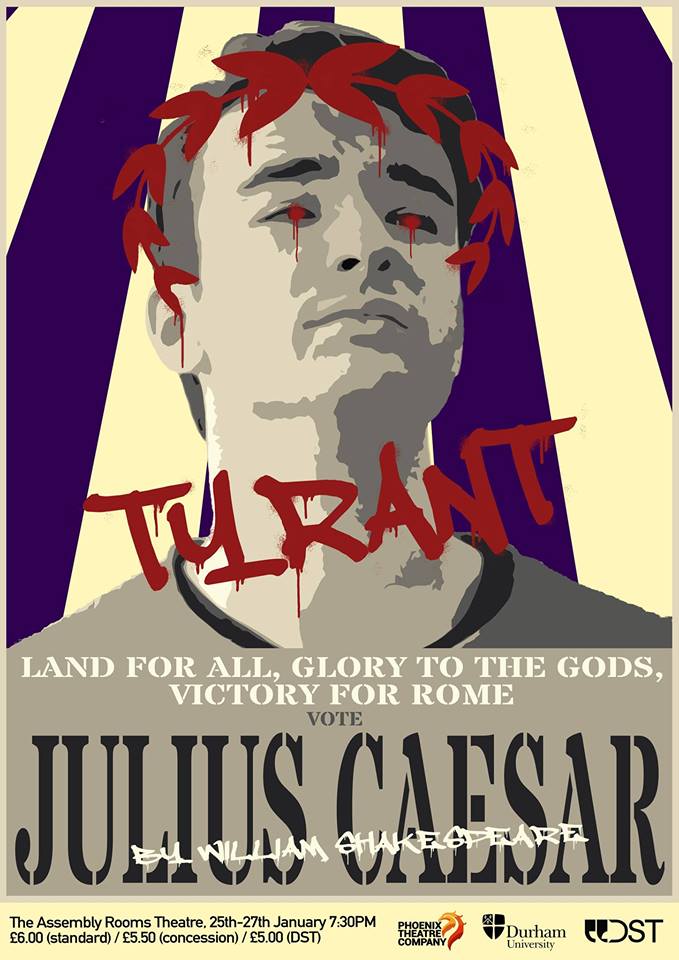 It seems painfully cliched to describe Shakespeare’s work as timeless, but there’s really no other way to say it. Julius Caesar is a play that feels achingly relevant to our contemporary political climate, which is no doubt why it seems to be enjoying a revival with modern productions at the RSC, The Bridge and in New York. Recent events such as Brexit and the election of Donald Trump have caused us to call into question the political status quo, as the global liberal order that has been in place since the end of the Cold War seems to be crumbling from within. Although these developments may seem earth-shattering to us, in the grand scheme of history there is nothing fundamentally new about them. Immediately following Caesar’s assassination Shakespeare has Brutus say:

“How many ages hence
Shall this our lofty scene be acted over
In states unborn and accents yet unknown!”

It seems that here Shakespeare was referencing not just the notoriety of the specific act of Caesar’s assassination but also how history is doomed to repeat itself. In Julius Caesar Shakespeare portrays democracy as a broken system, in which the political elites are out of touch with a wider population that is vulnerable to abuse by demagogues wielding false promises. He also poses the question of how far one should go for their beliefs in such times of great upheaval? His protagonist Brutus kills a great man, estranges his wife and brings about a civil war in his efforts to uphold the Roman Republic. Although Brutus’ motives may have been pure, his attempt to achieve them through murder directly precipitate the fall of the republic and the loss of everything he holds dear.

With characters this complex and nuanced, staging a production that is directly allegorical to current political events seems misguided. A recent production at New York’s Public Theatre drew controversy for depicting Caesar as a blonde-haired, orange-skinned loudmouth, alongside a glamorous Eastern European Calpurnia. For me such productions are not only painfully unsubtle, but also undermine what makes the story of Caesar’s assassination and it’s aftermath so compelling, the fact that no side was clearly right or wrong. Therefore, I hope that my modern version of Julius Caesar will invite the audience to draw their own parallels between the play and current affairs, rather than imposing any one interpretation on them.

Apart from the depiction of Rome as a modern democracy rather than a classical one, I have made no fundamental changes to the play. One great advantage of the play’s modern setting is that it has allowed me to cast it almost entirely gender-blind, as female politicians and soldiers are now far more common than they would have been in ancient Rome. Only two of the play’s many characters were specifically meant to be female, Portia and Calpurnia, and both find themselves marginalised by a patriarchal system that is sadly yet to be fully dismantled today.

Julius Caesar is a play with an epic scale, but luckily, I have been blessed with an extremely talented and enthusiastic production team, technical team, and cast who have proven themselves more than up to the challenge. I hope that you enjoy the fruits of their labours!