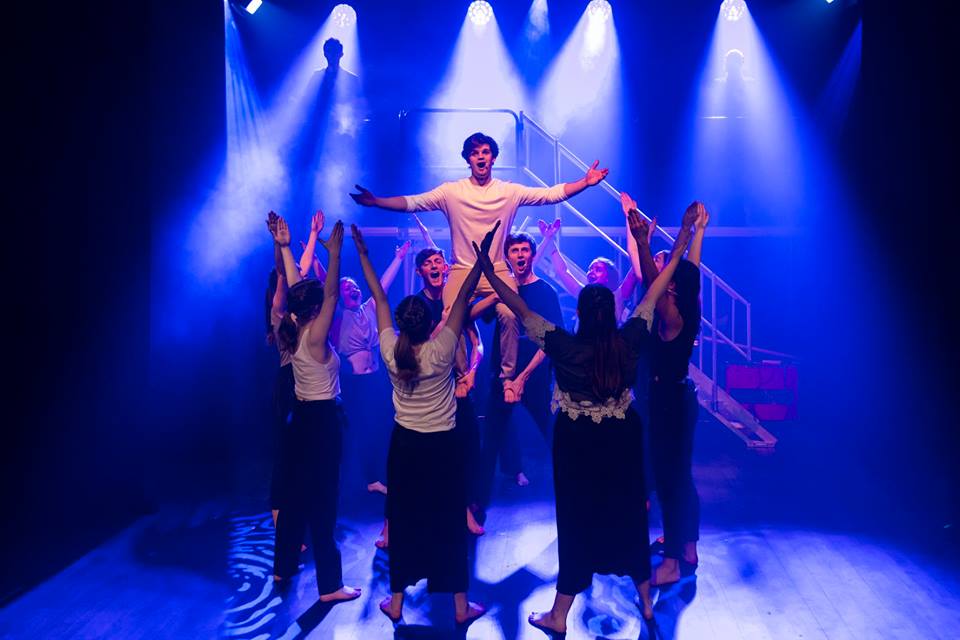 Before Castle Theatre Company announced this production, I didn’t realise quite how many people are passionate about Jesus Christ Superstar. I’ve been so fortunate throughout this process to meet and work with some incredibly talented individuals, all of whom have been brought together by our love for Andrew Lloyd Webber and Tim Rice’s seminal rock musical.

Putting together an entire musical in less than a month was always going to be a challenge, but it’s one I feel we have embraced with open arms. The rehearsal room has been equal parts mad creative energy, militaristic drilling of dance routines and harmonies, and a mutual agreement to commit one hundred percent to the process. It’s been a privilege to work with actors who have been so generous in their energy and commitment during this time – particularly with so many who are performing for the first time with Durham Student Theatre.

The excitement doesn’t stop with the actors. The eleven-piece rock band remains visible onstage for the duration of the show, which, combined with an acoustic number, is our way of paying homage to the concert feel of the original concept album of Jesus Christ Superstar. In using handheld microphones and stands in many of the songs, as well as making several musical pop culture references (look out for the Backstreet Boys), we hope to create a very performative atmosphere, embracing rather than ignoring the essential dramatic nature of musical theatre. The technical elements of this production are a work of art and push further this idea of performance.

We have tried to focus not only on the concert style of Lloyd Webber’s work but on his depiction of the nature of celebrity and their relationship with the public. It’s very telling that the same actors who play Jesus’s most loyal followers, also depict the mob who demand his crucifixion. The decision not to change their costumes is deliberate – it’s the very essence of betrayal.

Throughout the production process, it has been Lloyd Webber and Rice’s writing that has been (forgive the pun) gospel – it has formed our framework and informed our choices. This Jesus Christ Superstar is not about the Bible, or ancient Rome, or tropes of the life of Christ; it’s simply a story that looks at the behaviour of a man who knows he is going to die. Whilst the narrative itself holds no surprises, we hope this production may offer a few.