Natasha Bradley and Emma Dunford in Drama on 22 February, 2018. 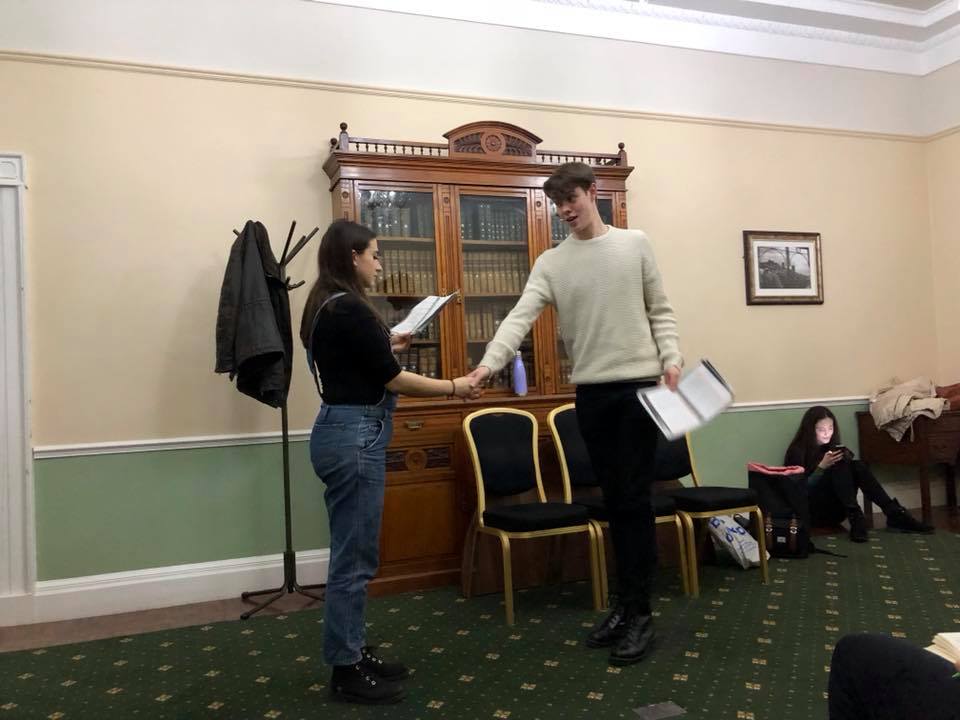 “Performing an Ibsen play involves returning to the roots of human feeling from which feminism evolved.”

Ibsen’s A Doll’s House, written in the late 1800s, boldly advocates many of the beliefs foundational to the feminist movement. Causing huge controversy upon release, Ibsen was forced by some theatres to write an alternate ending that is, in our opinion as well as Ibsen’s, an insult to the play. Naturally, we have decided to perform the original ending; the same ending that caused such social ruckus that many an aristocratic social invitation told the invitees that they were not to talk about A Doll’s House at the gathering.

The ending is far from outrageous to twenty-first century society. Rather, modern audiences tend to flinch at the words early on in the play of Torvald Helmer (played here by Ben Chennels), as he relentlessly infantilises his wife. Nora Helmer (Katie Cervenak) is treated like a bird, a doll, an object to be admired: like a nineteenth-century woman. But she is more than any of the pet-names her husband calls her. Nora has secrets, ambitions, and ‘something to be proud and happy about’. Nevertheless, none of the characters in the play are particularly admirable or relatable; they are too caught up in their own ideas of gender and responsibility.

Setting the play in the late 1800s provides the critical distance necessary to understand the plight of the characters in Ibsen’s contemporary social mores, yet this does not reduce the play’s immediacy. In a society still fraught with rape culture, a gender pay gap, and the objectification of women, Ibsen’s drama remains unfortunately pertinent. Torvald’s advances towards Nora, her inability to legally take out a loan, and the constant admiration of her physicality remind us of our twenty-first century struggles.

Performing an Ibsen play involves returning to the roots of human feeling from which feminism evolved. It would be too easy in our society, where feminism is well-developed and generally accepted, to perform the final scenes as feminist diatribe. To do so, however, we believe would detract from Ibsen’s message: that there is a natural, human desire for autonomy in every individual, regardless of gender. We have therefore staged Ibsen’s play with naturalism in mind, using the translation by James McFarlane, which we believe best reflects the language and culture of the late 1800s.

We hope you enjoy our production of Ibsen’s classic, and that you leave the chapel today with a refreshed outlook on autonomy and freedom.