Director’s Note: All My Sons 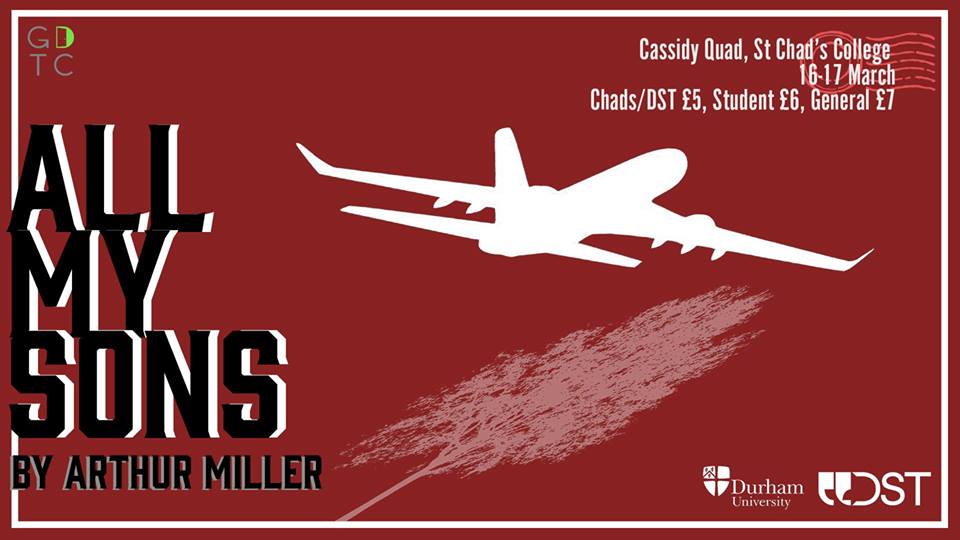 Arthur Miller’s All My Sons is a theatrical masterpiece which requires no formal introduction. However, due to its vast success and following, I felt the utmost inclination to pay the greatest homage to this piece as possible. In order to achieve this as a director, I had to dissect the literature to its most bare fundamentals, analysing each nuance to ensure the full extent of Miller’s writing is brought to the forefront.

The play is an exhibition of the futility and destructiveness of the capitalist machine. This is explored through the play’s protagonist, a businessman who rose from poverty to opulence and proves to be an extension of the detrimental nature of the machine itself. All My Sons tells the story of the Keller family whom on the surface seem to be the perfect family – they live in a beautiful home, have friendly neighbours and live financially comfortable lives. Nonetheless, their fate takes a turn for the worst when an old neighbour visits, causing buried secrets and deceit to resurface.  These secrets and deceit were instigated by Joe Keller’s choice to choose greed and fortune over social culpability. I would like the audience to ask themselves when watching the play, to what extent do we put the greater good of ourselves and families over that of the welfare of society? Especially when it treads the line of morals and ethics.

The play is told through a British lens and is brought to life through the sheer excellence and talent of the play’s casts characterization skills. The British perspective has allowed me to give it a fresh direction while remaining authentic to the character style and development. This play promises to encapsulate the audience with its calibre of social satire and portrayal of the human conflict.  Working on this project was nothing short of an honour and will contribute to the Green Door quota of hard-hitting emotional dramas. I am confident that audiences will enjoy and appreciate this artistic endeavour as much as myself, my production team and cast have enjoyed putting it together.