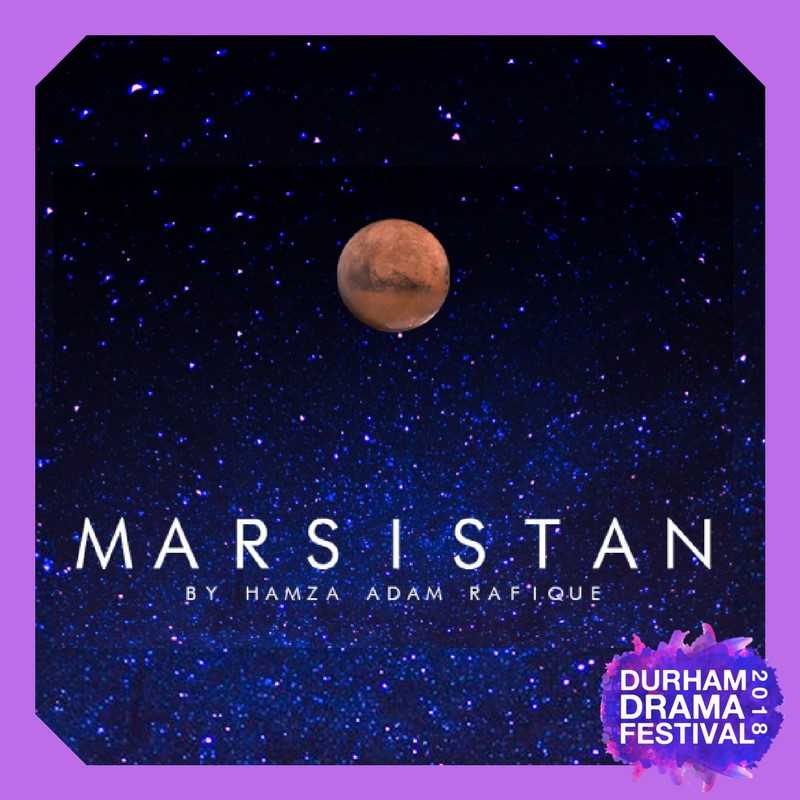 “…the central question of this play is how much of the past should we take with us there?”

Marsistan is set in a near future in which the European Space Agency is gearing up for Project Venture, a one-way colonisation mission to Mars. Dr. Aysha Malik is amongst the crew selected for the mission, though her sister Nasreen is less than thrilled at the prospect. The play is a series of conversations that happen between the two sisters between the mission being announced, and its launch date several years later.

I can’t pretend I had the idea to write this play from the off. Marsistan took the best part of five months to write. During that time it went from a race-blind existential drama about one character’s looming departure from planet earth to a far more socially conscious and personal play. It went from Mars One (as it was originally titled, the two characters originally being named Rachel and June) to Marsistan; a change that made the writing process much easier as Aysha and Nasreen’s words poured out in a way that Rachel and June’s never could. Then again, maybe that’s just down to a lack of ability to write beyond my own experience.

I wrote Marsistan because I’m anxious about how people who look like me are perceived. I wrote it because people assume my beliefs and opinions by virtue of my name and race. It’s a play that has come out of a world where words like ‘muslim ban’ and ‘hijab yankings’ have become commonplace. I also wanted to approach something akin to sci-fi (this play is by no means a science fiction saga, if anything it’s the preamble that most science fiction misses out) and ground a depiction of the future within the context of an ethnic minority.

All that aside, however, I wanted the core of the play to be the relationship between the two sisters. On the surface, in terms of demographics and identity politics checklists, they’re the same but their views are worlds apart – literally. I have two younger sisters myself and I can’t imagine this play coming into being without their influence. I wanted the characters to feel like real siblings who bicker and make up instantly; who relentlessly mock one another in the most endearing ways; and rely on each other in ways they’d never admit in the open – unless under the extreme circumstances of a looming interplanetary colonisation mission.

Marsistan is a portmanteau of Mars and Pakistan. The title is a fusion of where Nasreen and Aysha are from and where their lives are going. Mars is the future, and in large part, the central question of this play is how much of the past should we take with us there?