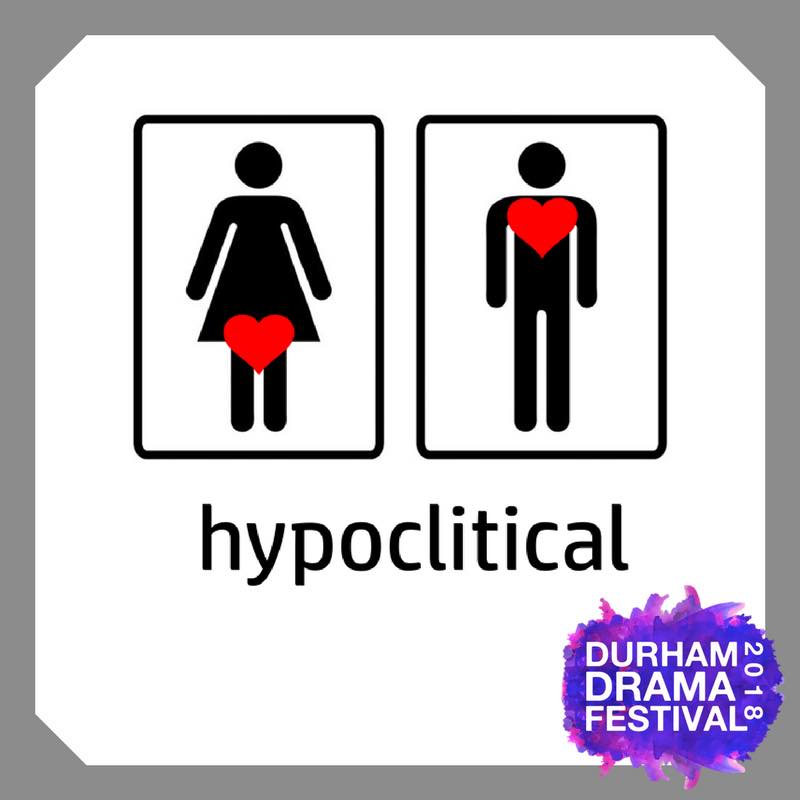 Boy meets girl. Girl meets boy. They don’t fall in love and it’s not happily ever after. Fuck you Hollywood and your unrealistic standards of love. When a failing screen writer needs a Rom-Com hit, he recruits the help of his less-than-romantic roommate to write the script. Writing the realities of love, cliches and tropes are brought down one by one.

One thing that always annoys me about films/TV shows/plays etc. are that most are quite predictable. I have also found the most unpredictable thing in life is love. So why do the love stories portrayed to us follow a continuous pattern?

‘hypoclitical’ was completed at the last minute when the news stories of Hollywood’s Scandals broke. Originally just a simple jokey play about how love never runs smoothly, it snowballed to include the sexual attitudes of both men and women, and what would happen if they were turned on their heads. Yes there are lots of Hollywood tropes that get laughed into the ground. Yes there are times when sexual power is used to make the audience uncomfortable. But also, yes, there is Chinese food and alien threesomes.

Completely feminist and satirical, this is definitely a comedy, and it surprised me how much writing the piece helped me develop a creative side I’d never really delved into before. I can’t wait to see what Grace and Layla have done, along with the cast, when Andy and I return to Durham to watch it.

And the title? Unusually, it came first before the idea. Although slightly provocative, this play does not focus heavily on a certain part of the female anatomy.

‘hypoclitical’ is part of the ‘Site-Specific’ night at DDF, Thursday 9th February.