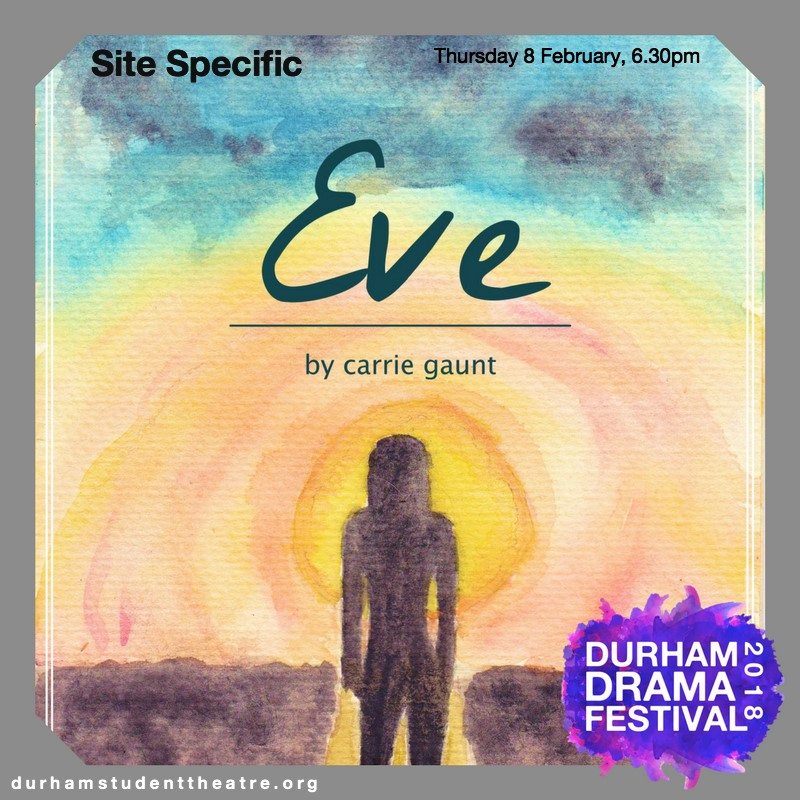 “‘Eve’ promises to be truthful, somewhat funny, and maybe a revelation for some. “

Eve, one of the most famous figures in religious history, yet also one of the most silenced. In Carrie Gaunt’s one-woman show however, Eve’s voice is brought to the forefront. As the actress of Eve, Mally Capstick, puts it, ‘the only power she has left is her words’.

‘Eve’ follows the thought-process of Eve when she’d kicked out of the garden of Eden. Addressed to Adam, Eve holds him accountable for his actions. No longer is it just her fault, Adam didn’t have to take the apple, original sin is as much his fault as it is hers, and it’s time he and the audience realize that.

From what I saw, Capstick’s performance promises to be angry and bitter, yet also possessing a disgruntled sense of humour. For 45 minutes, Capstick is constantly on stage and even from the short extract I saw, it requires a lot of energy. Nuanced in all aspects, Eve’s silence and oppression is plucked from the Bible and moulded into a fully-rounded character. She moves from bitter and angry, to sarcastic in her reproach, but gradually cracks as the monologue progresses.

Despite her being from the Bible, there is something about her character that is distinctly modern. Director Katie Sawyer sees it as ‘Eve could be anybody, she’s not this weird distant figure in the Bible’, the audience themselves could feel the same way Eve does, scorned and alone. This is what makes it so remarkable, for she is relatable, so many women have been silenced before without anyone hearing their stories, and it is only now that people, inside and outside of DDF, are beginning to see their point of view.

On writing it, Gaunt cites her inspiration as Carol Ann Duffy’s ‘The World’s Wife’, a feminist reinterpretation of classic tales in which the woman is always obscured by the actions of the male. The play, although not necessarily intended as an ‘angry feminist rant’ is ‘inherently feminist’ by its nature, by choosing to voice a previously silenced female character.

What is delightful to see though, is the effort that all members of the production team have put into Eve. Rather than it just being a director’s job, they’ve all had their input. Although Gaunt handed over the directorial role to Sawyer, she’s acted as an assistant director throughout, with Capstick altering Eve’s speech where she thinks it is necessary. The goal is to make it sound ‘off-the-cuff’ and raw, as Capstick says, if she’s angry she’s not going to be saying most of the words ‘mechanically’.

I think, in this instance, only three women could have made Eve the character that she is, being more likely to empathize, and it bodes well for the future of the DST, as gradually more and more fully characterized women come to the forefront of the stage. ‘Eve’ promises to be truthful, somewhat funny, and maybe a revelation for some. A must-see for anyone.

‘Eve’ is part of the ‘Site-Specific’ night at DDF, 7.30 onwards, Thursday 8th February in Hatfield Chapel.