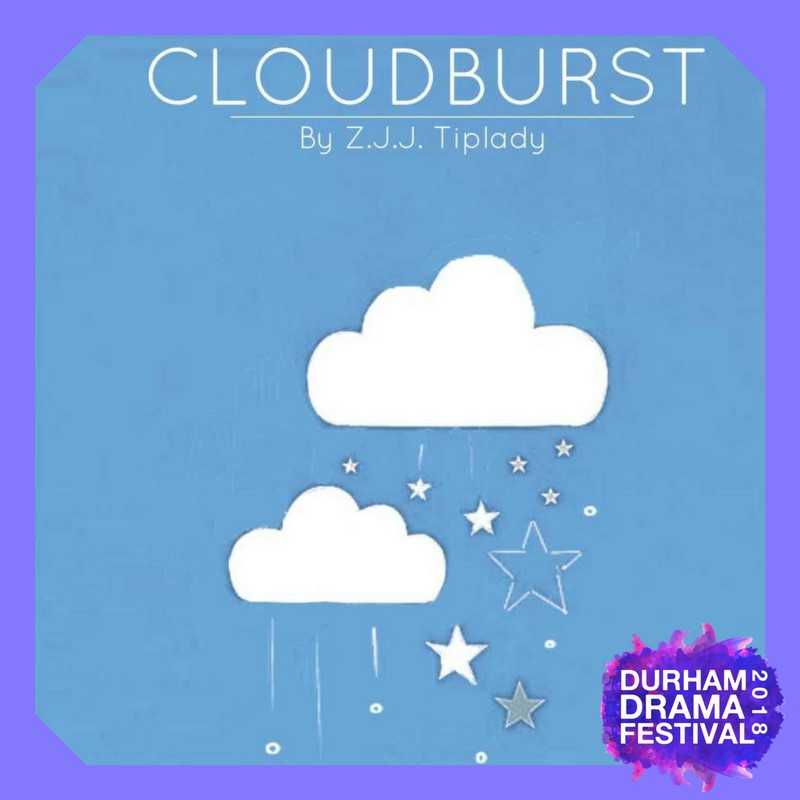 “If it can be funny and thought-provoking then I’m a happy bunny; though I’d be happy to have managed either.”

Cloudburst focuses on the events of one day in the office of a high-flying editor, Alana Marie, the day that she has received some significant news. The play is mainly concerned with her consistently frustrated attempts to find time to reflect, to think about what she wants to do, and to collect and review her thoughts; this is made especially difficult because, today of all days, her office is in mayhem.

In this sense, Cloudburst is about doubt; it’s a portrait of the short period of time when you haven’t a clue what you’re going to do. I wanted to try to write that sense of upheaval, to try to present within this scenario the brief moment of weightless uncertainty as the ground is swept out from beneath Alana. All the while I did not want to present a black-and-white sense of resolution, but instead hopefully a good deal of food for thought seasoned with the necessary shades of grey.

While this idea of the sense of the play simmered in the slow-cooker of my imagination for a while, to extend that ham-fisted food metaphor a step further, I thought about what else I wanted to go into it, what else I wanted to do with this opportunity. There had never really been any question, even before the intricacies of the plot were decided, that the central character would be a woman: I don’t know why, but Alana was already fixed in the story. You hear with disappointing regularity of the disparity between quality of parts for men and women, and indeed in Durham there is a wealth of female actors not always given the right breadth of roles. What’s more, you hear how professional roles dissipate all the more the older female actors get, and so it became likewise apparent to me that she would be middle-aged. In this respect perhaps it is not the most tailor-made script to students, but the acting talent exists such that I don’t believe this is a concern.

So while I would say that this is a play conscious of contemporary feminist discourse, well-formed female characters should be the norm not the exception, and as such I don’t consider this play to be exceptionally feminist in any sense more than should be the norm. That said, whether or not I have succeeded in writing a well-formed female character I leave to the audience to decide: I was surprised, though perhaps I should not have been, at how many times I found myself editing over and cutting rubbish, meaningless lines like “What am I going to do?” and more to that effect, which I think goes to show how subconscious and everyday our preconceptions are.

Cloudburst could be formed as much by a series of writing challenges as by any kind of drive to send a message. I was keen to explore the dynamic narrators would provide, to help subvert the fairy-tale presumptions of Alana’s situation, and I decided to try writing their parts in rhymed verse to assist that and to challenge myself. I wanted to play a bit with the flow of time too, so there’s some of that in there. I also knew early on once I’d decided to enter DDF that I’d like to work with a director and to experience how that working relationship informs and develops the play; as such I should say a few words about Talor. While of course when writing something you have a picture in your mind of how something would look, it is only when someone with a gift for conjuring these things on stage has control that it can truly go from a script to a play. In Talor, Cloudburst has that, and under the creative watch of her and the wonderful team she has assembled, I have every faith it can blossom.

In terms of what I would like the audience to take away, I suppose there’s two fairly obvious things: I’d like for it to make people think, and also to be enjoyable. If it can be funny and thought-provoking then I’m a happy bunny; though I’d be happy to have managed either.