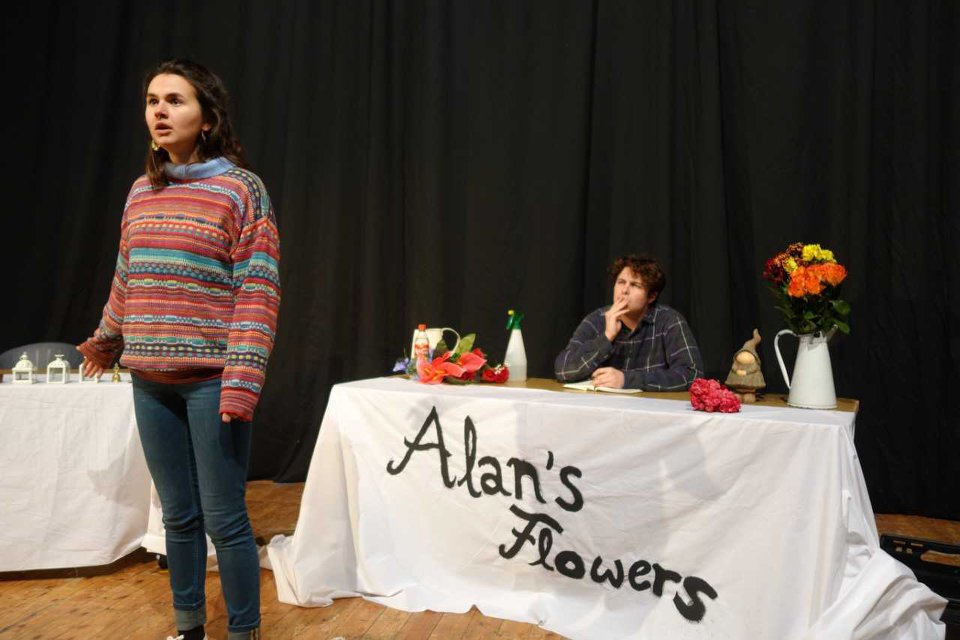 Presented with a programme just outlining the plays and the characters, I sat in my seat not really knowing what was going to await me. Bróccán Tyzack-Carlin, Hamza Adam Rafique and Andrew Shires are all well-known amongst the DST community and I had heard great things about their writing, but I couldn’t have predicted the quality I was going to receive.

It’s worth considering the choice of location. Intimate, enclosed, but packed full, the atmosphere before the show was alive. Backstage of the theatre in Cademon Hall, it was an intimate setting and the closed curtain and shut doors meant full blackouts were possible. It permitted seamless changes of scene and, in the first production Flowers and That, evoked the lapses of time. It was slick, professional and all performances made use of such a setting well.

Flowers and That, the first performance, was deceptively comic, at first concealing the profound emotional ride it later had in store. The plot focused on the relationship between medium, Jane (Victoria Bull) and florist, Alan (Hamish Lloyd-Barnes); how they meet and get to know each other a little more each year, before the wedding fair they both attend, placed next to each other’s stalls. It was a comical setting, used as a tool for dealing with tough topics. Death, a circumstantially poignant and ubiquitous theme, was dealt with well. The play began with a voice over (Tristan Robinson) that became increasingly ridiculous as the years went on. At once smooth and ‘cinematic’, its professional quality made the nonsense spoken ever the funnier. Despite some of the bad language feeling a little forced and gratuitous at times, most of the dialogue was fluid, imitating realistic interplay between two people. As a member of the audience, you found yourself becoming emotionally invested in the characters. The exuberance of Jane, matched by the bad-tempered nature of Alan evolved into genuine care between the two, something Bull and Lloyd-Barnes executed well. Particularly notable was Lloyd-Barnes’ breakdown; a sharp juxtaposition to the playful witty repartee, his exposition of grief was excellently executed. 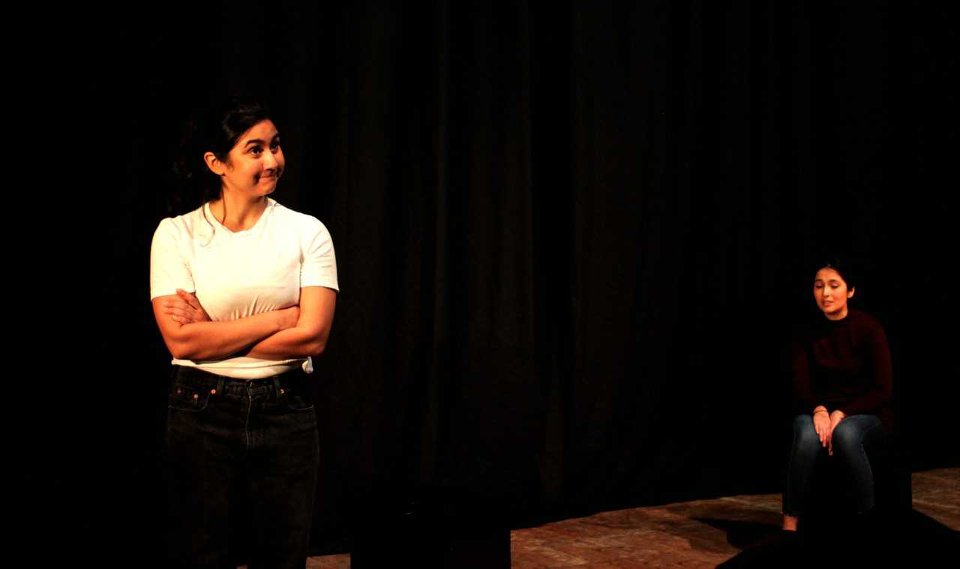 The second performance, Marsistan, considered a young woman, Aysha (Layla Chowdhury) planning to travel to Mars and the reaction provoked by her family, channelled through her sister, Nasreen (Anousha Persson). It was certainly an interesting concept and provided means for societal commentary, depicting cultural problems faced by the Asian-Islamic community today. Such themes were terror and Islam, questions of ancestry and how race and background inform the younger generations. All difficult themes, yet they were treated deftly, reflection placed alongside humour; a touching and intelligent piece of theatre. Both actors took a little while to get going, but both shone in the end. Persson brought the difficulties, Chowdhury inserted the necessary humour and both actors worked alongside each other well. It was interesting enough that the minimalist staging worked effectively. The only little quibble I had was the emphasis on Stockport, yet the lack of an accent. Whilst a Stockport accent wasn’t necessary, consistently pronouncing ‘past’ with a southern accent seemed a bit jarring and acted to undermine what were otherwise great shows of characterisation. 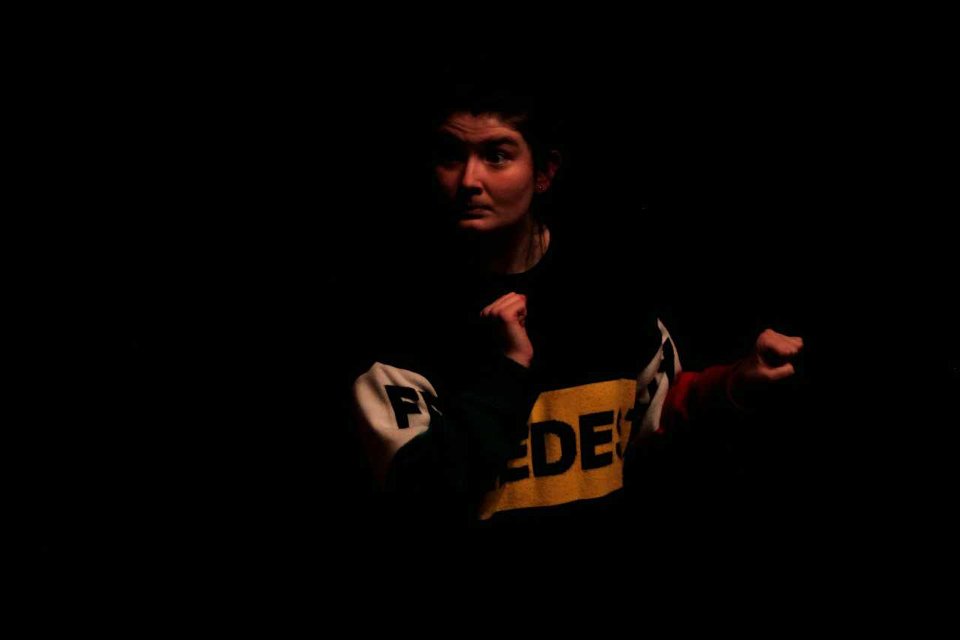 The real gem, though, was the last play: The House of Influenza: A Spooky Tale of Frighteningness. It showcased both Shires’ talent as a comic writer and Lily Edwards’ brilliance as a comic actor. Good comedy is funny, magnificent comedy you never want to end and this was certainly the latter. A light, accidental I presume, flashed on at the beginning and produced a kick of laughter that really began the production, as Lily dealt with it in a slick, comic fashion. Otherwise, the first ten minutes or so were in total darkness, her voice explaining the premise, producing the effect of an internal monologue, a commendable decision from the production and directing. It was a fast paced, well thought-out masterpiece, effortlessly moving between dark and light, the sobriety of the play constantly interrupted by comedy. The writing was very intelligent; darkness was symbolic, a way of inducing real fear in the audience when they felt alone – achieved by the incredibly effective blackouts. Upon seeing it was a one-woman play, I had my reservations, but they were absolutely blown out of the water. Lily’s stage presence is truly admirable. She had the audience in the palm of her hand flitting between personas, her characterisations convincingly transforming her from character to character. Her versatility as an actor was not only reflected in almost constant character changes, but also in her incredible emotional finale. It was seamless; it was professional. The standing ovation at the end reflected the sheer quality witnessed: it was stunning.

‘Black Box’ Night is part of Durham Drama Festival and will be running for one more night, Saturday 10th February at 7.30pm.