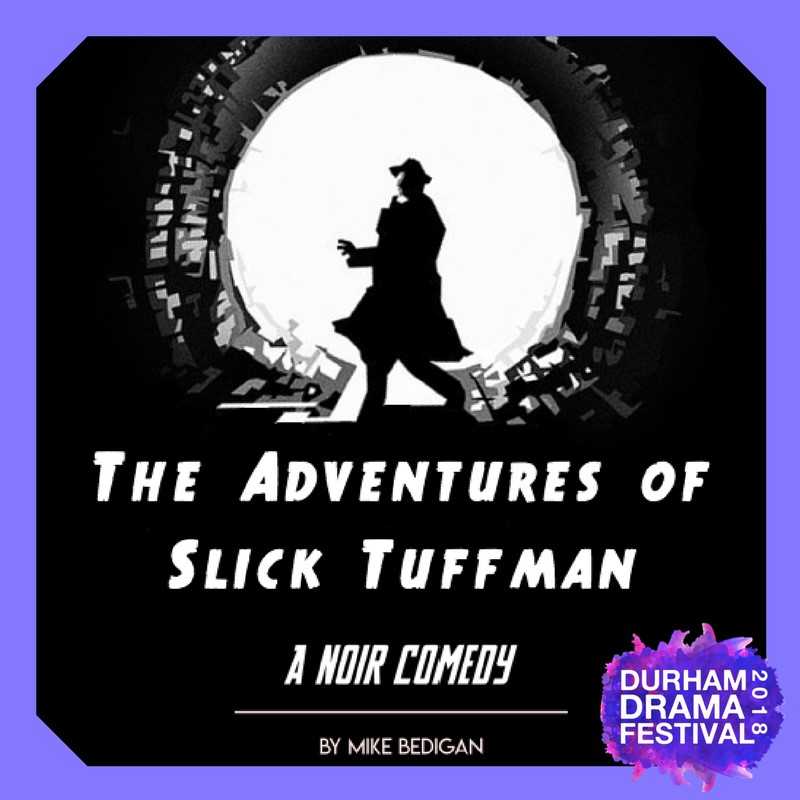 Could you introduce us to the premise of the play?

1930s New York City: misogyny is rife, smoking is good for you and someone is killing off cops. It’s the perfect crime; simple, generic and one that lends itself well to steady narrative development. It’ll be up to Slick Tuffman, a gritty renegade cop with nothing to lose, to follow the genre conventions and find the perp what dunnit.

What inspired you to write it?

One day I was walking along with my good friend Andrew Shires and we improvised a silly comedy bit about the markings on the side of the road in a spoof Noir style. I thought to myself, “Hey, that’s funny! Maybe I could write an entire play out of that.” So I did.

What did you put into your writing that the audience might not otherwise pick up on?

The play contains no intentional political themes, remarks on the class system, or content tackling the challenges of living with terminal illness. I just thought it would be a bit of a laugh to write a Noir Film spoof, so if anyone does find some underlying social comment please let me know so I can edit it out.

Did writing for student theatre affect your writing at all?

Being a member of the Revue during my time at Durham definitely affected my writing – the play is pretty much a 50-minute long sketch. It was nice to be able to get back into the comedy groove briefly before my lunch hour ended and I had to go back to filling out spreadsheets…

When writing a comedy play you eventually gets to the point when you’ve read your own jokes so many times that you start questioning whether they’re actually funny at all. Fortunately, I have a lot of funny friends who seemed to think they were ok.

Have you worked with the director at all, do you have a specific vision for the play or are you letting them take creative control?

The director is actually my brother Will, so I’ve technically been working with him since he was born. Of course he’s totally free to have his own creative vision for the play, but if he knows what’s good for him he’ll stick to mine.

What would you like the audience to take from the piece?

There’s a lot of nasty stuff in the news these days. Nasty people doing nasty things for nasty reasons. I’d personally just like the audience to enjoy the The Adventures of Slick Tuffman and have fun for an hour without worrying too much about any nastiness.

‘The Adventures of Slick Tuffman: A Noir Comedy’ is part of the ‘Assembly Rooms’ night at DDF, Friday 9th February 7.30pm.