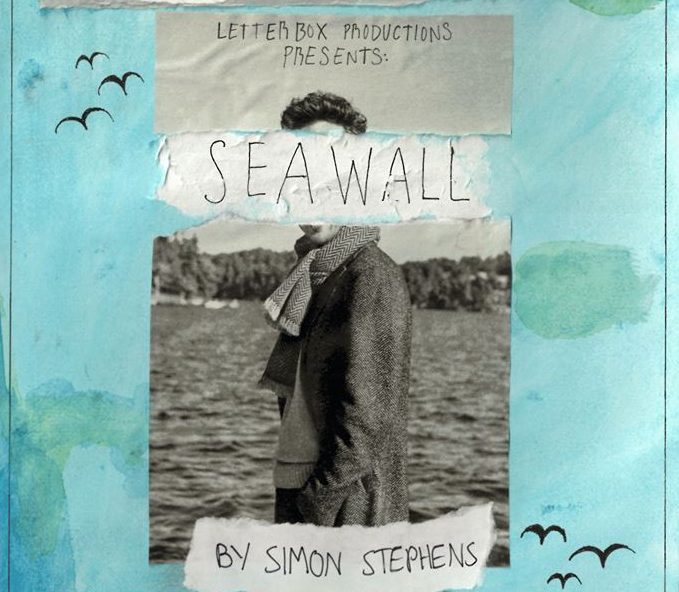 It took me a long time to decide that I did definitely wanted to stage Sea Wall. Although it is one of the most moving plays I have ever read, I worried about whether one actor could hold the audience’s attention for half an hour, whether a student could realistically play a 31-year-old, and whether the story would resonate with a Durham audience.

But, ultimately, the positives of the play outweighed the negatives. The play is heart-breaking. It’s difficult to talk about its plot without spoiling it, but it involves Alex’s search for something he cannot recover. The play hits you like a punch in the gut; it’s not something I saw coming. Much of the rehearsal process so far has focused on how to deliver one specific paragraph: the lines which reveal everything. Kishore Walker (Alex) and I had long conversations about whether it would be better to imbue said lines with a sense of meaning and loss, or whether they ought to be delivered like the rest of the play, in a casual, straight-forward, non-dramatic, naturalistic way.

One of the qualities that drew me to directing this play was the brilliant subtlety of the writing. In order to highlight this quality, Alex will be pausing after turns of phrase and will stare at the audience until he hears an appropriate murmur. We want the play to feel like a conversation rather than a ‘performance’.

It’s important that the audience feel truly involved and connected to Alex. As I mentioned, he is meant to be a 31-year-old Father: what could he have to say that would be relevant and profound to a bunch of students? We have found the solution to this by totally stripping down both Kishore’s delivery and the set.

The stage directions are specific: “This monologue should be performed as far as possible on a bare stage, and as far as possible without sound effects. Alex addresses the audience directly.” I was initially sceptical of this. I thought, surely any play is more interesting if it includes loud music and a dramatic set? I was wrong. Any distraction took away from the story. By removing all distractions, the audience will be able to connect with emotions Alex is speaking about, more directly. The imaginative leap to feel Alex’s situation is lessened once all we can hear, see and think about is him and him alone. We have chosen to set it in Alington House, where the idea is that a bunch of strangers have walked into a room; Alex finds himself there; and decides to tell them his story.

I went to see Sea Wall at the Old Vic earlier this year and its one of the few scripts that played on my mind long, long after I saw it. It covers just about everything, from questions about family, loss, if there’s a higher power, to things as seemingly random and disconnected as: photography, death, detective fiction and holidays in the South of France. Part of the fun for the audience is this element of guesswork: why is this man telling me all of this random stuff? I would say it starts to become clear about two thirds of the way through.

Like I said, I knew the play’s success would be heavily dependent on finding an exceptional actor. The play is worth coming to not just because of the script, but for Kishore’s performance too. I look forward to seeing you there.

Sea Wall will be on at 7pm, 15th-16th November at Alington House.