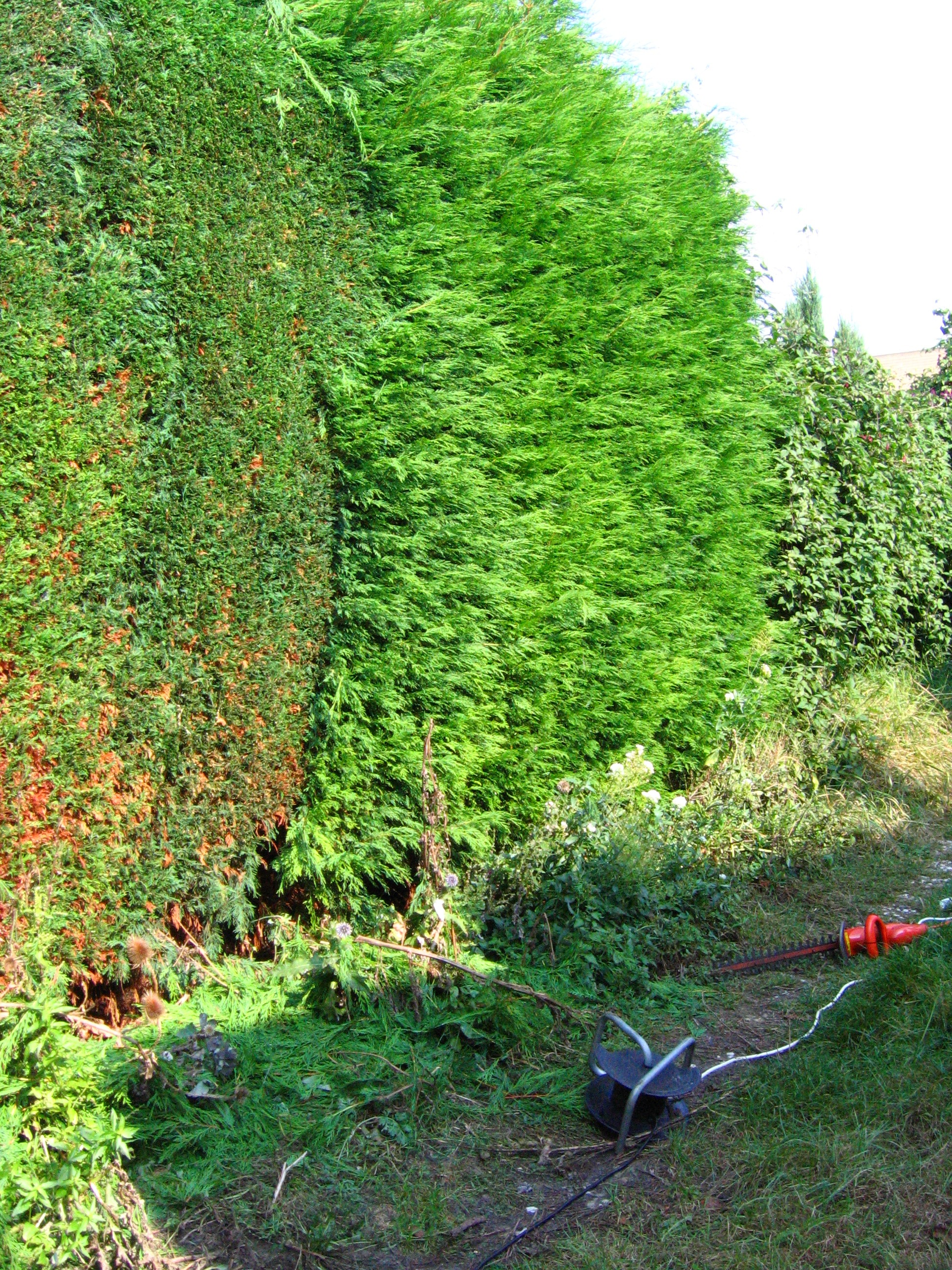 “There are numerous pleasures to be found in early evening gardening.”

Believe it or not, seven o’clock in the evening is my favourite time to cut the hedge.

Rachel, my wife, has never really understood this. She says it would make much better sense to prune it during the day, when it’s warm, or at least when it’s light enough to see what I’m doing. Perhaps she’s right. After all, my hedge trimming does tend to be quite… artistic. Or, as she would no doubt say, ‘haphazard’.

But then, there are numerous pleasures to be found in early evening gardening. It’s quiet, for one thing. The rush-hour traffic has subsided, the schoolchildren have long since walked by on their way home. Around here there aren’t that many times when things are so peaceful.

And I don’t mind it being a little bit chilly – I actually find the crisp fresh air to be quite bracing, refreshing even. It helps to clear my head and relax me after a long day.

The thing I enjoy most of all, though, about hedge trimming at this time of day, is the brilliant opportunities it affords for startling pedestrians.

I think this is probably best illustrated by means of an example. In fact, there’s someone coming along now. Look, just up the street there, walking his dog. He seems like the type of fellow who would appreciate a little excitement, and I’m pretty sure he hasn’t noticed me yet. Perfect. Time to have some fun.

First, then, I get down off my stepladder so that I am hidden behind the hedge. Fortunately it’s just thin enough for me to see through the branches and keep track of more or less where my target is. He’s still a fair distance away, so there’s no need for us to rush things.

I grasp my secateurs firmly, being careful not to make a sound. It’s imperative that he never even suspects that there’s anyone around.

Right, he’s almost here. Now for the really exciting part. I place my foot on the first rung of the ladder in readiness for showtime.Then, as he passes directly in front of my hedge, I take action. Firstly, I start snapping the secateurs wildly, making a loud and rather harsh noise. I raise them above my head and start to climb the ladder, snapping all the while. And then, to complete the picture, just as I emerge over the top of the hedge right next to my unsuspecting victim I let out what can best be described as a cross between a groan and a howl – fearsome enough to be disconcerting, yet subtle enough that it could possibly just be the sound of someone stretching.

The overall effect for our mystery dog-walker is genuinely quite shocking. It takes him completely by surprise, causing him to jump spectacularly and whip his head round to see what was the source of the bizarre noise.

The best part, though, comes a split second later when he realises how foolish he has been by feeling so frightened of a mere gardener. A little embarrassed, he tries (and fails) to continue his walk as though nothing had happened. He doesn’t, however, spot the upcoming lamppost until it is almost too late, and as a result has to swerve dramatically to avoid a collision. This lends a certain lop-sidedness to his walk which is genuinely comical.

The dog, of course, is completely unconcerned.

I, meanwhile, continue with my pruning whilst trying (and failing) to keep a straight face. That little episode really did brighten up my day.

As a brief coda, I call out a friendly “Good evening” to this complete stranger. But of course he is now too far down the street, and slightly too dazed by his encounter, to hear me. Smiling to myself, I carry on with my work.

See, didn’t I tell you that would be fun?

I do love my early evening hedge trimming sessions.