Laurie Atkinson in Creative on 1 September, 2014. 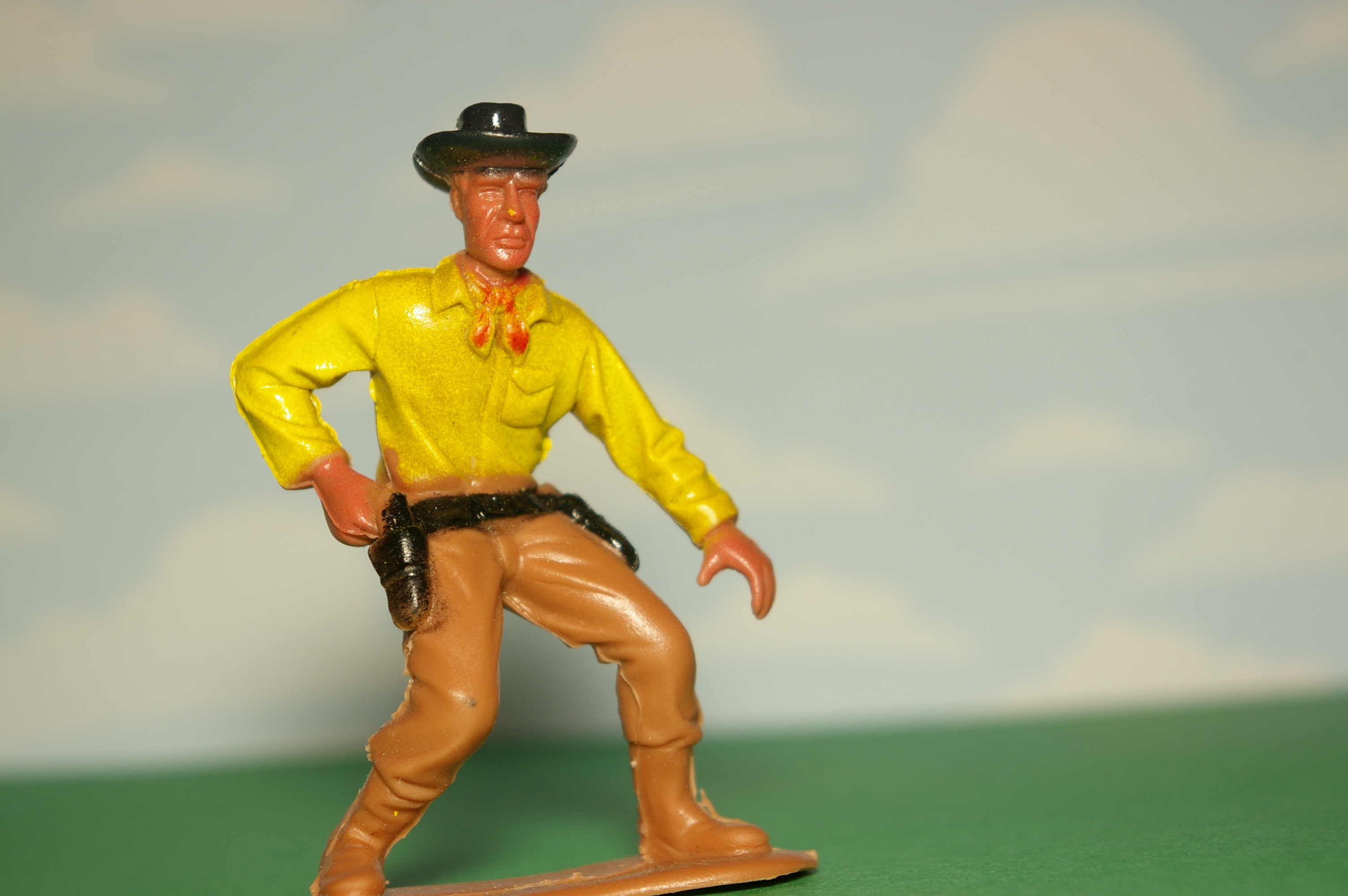 ‘A single cowboy was slapped down on the counter, an afterthought by the war-mongering infant.’

Mrs Lacquer spread her arms across the long wooden counter. Her fingertips rode every crack. The bell rang, twice, just browsing, it rang again. Outside, the pigeons were bobbing. They bobbed along the pavement, at level with the plastic boats in the window. Mrs Lacquer watched them pass, each monocular eye at the helm of its streetworthy vessel.

Oh, she was tired…

“Good morning, could I get this”.

Custom, where had they come from? A grubby pair of hands pushed half a dozen indians towards her, whilst a cleaner pair above them rummaged in a purse. Brightly coloured visages regarded her sullenly before duller portraits where slipped into the till.

A single cowboy was slapped down on the counter, an afterthought by the war-mongering infant. Mrs Lacquer picked him up, hand hovered nervously over holster.

“I’m sure he is”, said Mrs Lacquer, admiring the feather in his cap.

Mrs Lacquer woke. Or rather, she was woken. It was the cooing again. That tireless mockery no pillow could stem nor gumboot repay. She listened out. Nothing. Turned over. Nothing still. Closed her eyes. “Coo, coo”. Right on queue. Mr Lacquer was still sleeping. He had his own midnight symphony to attend to. She looked hopefully to the clock on her bedside. It was too dark to see. Mrs Lacquer plotted in darkness.

“An canna have one a those balls?”

Mrs Lacquer shoved the flimsy wooden blade into the hands of her four-foot vigilante.

Bending closer, “did you put it everywhere I told you?”

Feet scamper, bell rings, and again. Mrs Lacquer looked up. The boy with the lone cowboy was back.

His mother swept in behind him.

“I beg your pardon,” she said, “but there are pigeons dropping dead in front of your shop.”

Perhaps she could get her husband to stop snoring too.