B is not for Boat 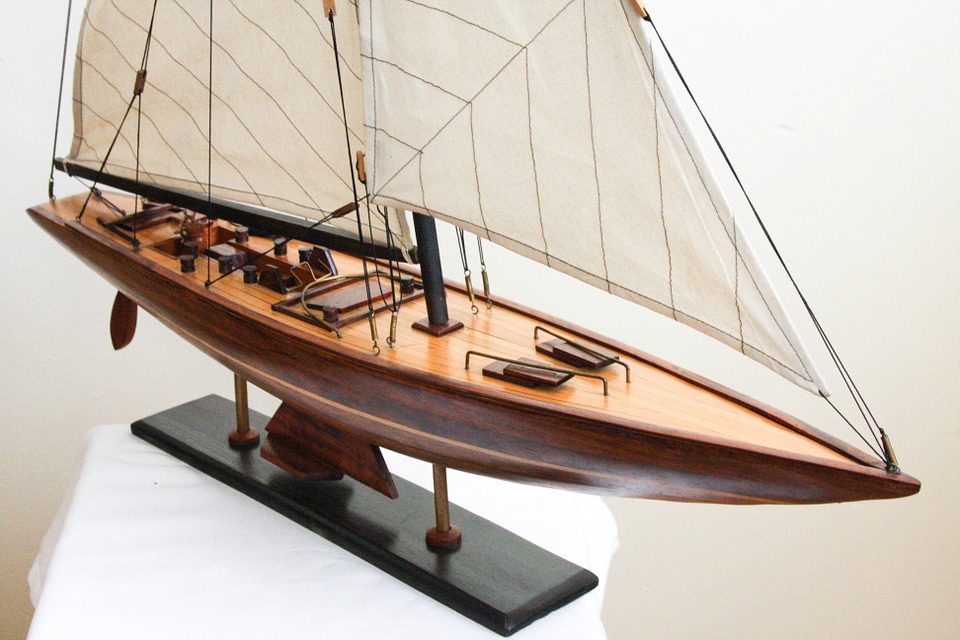 I began to enquire afterother people’s phobias to gain a better understanding of my own. Arachnophobia. Hydrophobia. Acrophobia. They announced their fears with a sense of entitlement, as if phobic reactions were conferred only to the victors of natural selection. My phobia, unable to find a place within this general taxonomy, remained a shameful secret.

The incident happened several summers ago, when the house was stilled in a siesta. I stood by the wooden cabinet in the hall, staring up at the boat perched above. Its skilled craftsmanship shone in the afternoon sun—it had a shimmering white sail even though it wasn’t a ship and the mast stood erect like a soldier. The boat’s bow glistened like a hound’s keen nose, pointing in the direction of its game. I imagined that this beauty was washed ashore having commanded treacherous seas and ridden rough waves. When the time came, I believed it had life left in itself to take me on my its final voyage.

Strangely, my fear of boats was predated by a fondness for them, perhaps inherited from my mother. She was born in Lakshadweep, a Union Territory of India located in the Arabian Sea. Lakshadweep literally translates to ‘a hundred thousand islands’, though in reality, it is comprised of about thirty-six islands. “In those days,” she said, “the only way to travel to Kerala, the closest state in the mainland, was by sea. For our annual holidays, my sister and I used to clamber onto crowded boats and sail to Kochi. Along the coastline, our cousins cast their cries of welcome into the sea like fishing rods, waiting to reel us in.”

“What was the inside of the boat like?” I asked eagerly.

“It was often smelly, you couldn’t tell where the stench of fish ended and that of people began. The floors were slick with grease, and the food served was awful. Suitcases were packed not only with clothes and belongings, but also a year’s worth of stories threatening to burst at the seams. The boat didn’t discriminate; it ferried policemen and petty thieves, mayors and townsfolk. On the boat, you knew everyone and everyone knew you,” my mother reminisced. These narrations filled me with a queer, an absurd nostalgia for something that didn’t rightfully belong to my past. I slipped into the spaces where my mother paused for effect, imbricating her childhood upon my own.

Breaking out of my reverie, I mounted my knees on the cabinet to behold the boat up close, but the cabinet couldn’t take my weight and shook violently. The boat tottered on the edge and arched gracefully like an ace diver, except it didn’t cut through water. When it collided with the floor, a little more than wood shattered that day.

I cradled the splinters. The sail was askew. The bottom had gaping holes and the wood stood up in parts—jagged, accusatory—for being broken so cruelly, so irreparably. Long after they were swept away, I sat among the invisible ruins, gripped with the sinking realisation I’d never be able to sail to even one of the hundred thousand islands of Lakshadweep.

I walked on tiptoes for the remainder of the day, my breathing scarcely above a whisper, my existence imploding soundlessly into itself. Every now and then the clouds in my eyes shed rain against my will. At last my father came home, and he was dutifully notified of the incident. It was only a matter of time before I received my punishment.

The belt buckle movedlike a flash of silver. I had time to register its swish as it sliced through air, but not the pain as it cut through skin. Small welts dotted my arm like a perforation, as though it might have read tear along this line. Thus began my strange phobia. Ever since, I have been terrified of water bodies lest I see boats. I could not bring myself to read the adventures of Sinbad the Sailor or Moby Dick. When I was helping my mother teach my little sister the alphabet, I chanted “A is for apple and B is for ball.” I steadfastly maintained that B is not for boat.

That night, perhaps as an act of contrition, my father offered to tell me my favourite bedtime story, the one starring the osprey and the eagle. Just before the end, he fell asleep, and I softly recited the last bit of the story to myself. I’d heard it so many times I knew the lines by heart. I closed my eyes with a curious sensation of gladness and sadness, comforted with the knowledge that birds didn’t need boats because they could fly to wherever they wanted to go.